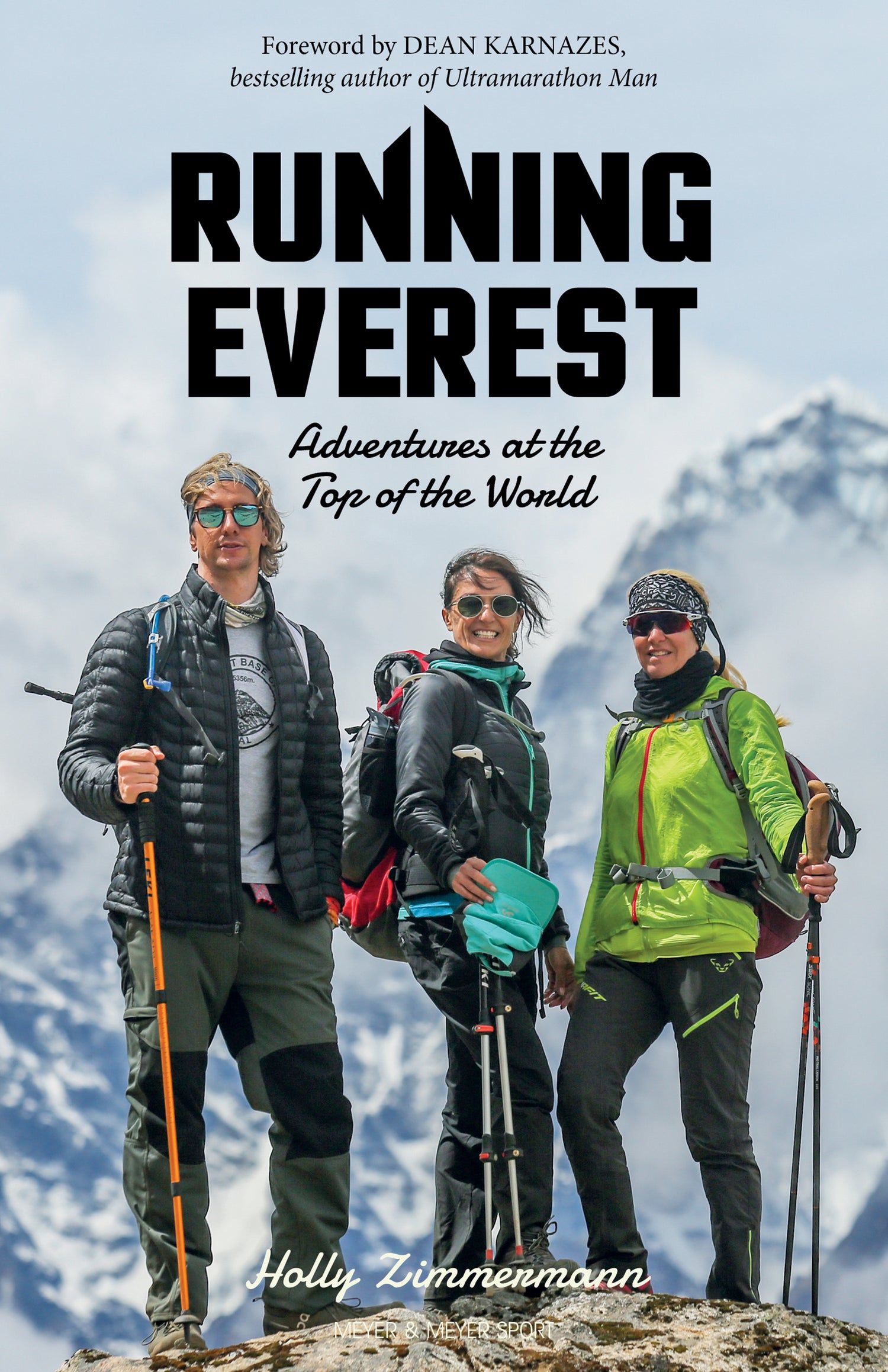 On Sale
€13.99
€13.99
Added to cart
Running Everest tells the story of a group of adventurers from around the globe who embark on a remarkable journey through the Khumbu Valley of Nepal, battling altitude sickness, deplorable sanitary conditions, freezing temperatures…and enjoying every minute of it! When they reach their destination, Mount Everest Base Camp, they turn around and run a marathon, the highest marathon in the world, back to civilization. Are they extremists? Or the new generation of ordinary people?
Written with humor and passion, Running Everest explores the culture, inhabitants, and delicate balance of Hinduism and Buddhism in the breathtaking Himalayas, topped off with an exhilarating race over glacial moraines, high-altitude plateaus, and steep rocky climbs, all in the shadow of the highest mountain on earth.
Holly Zimmermann, the first international woman to reach the finish line of the 2018 Mount Everest Marathon, recalls her incredible Himalayan journey. Fans of her first book, Ultramarathon Mom, will be thrilled to be reunited with some familiar characters in this next narrative, including her running accomplice, Beatrice, a Zurich-based fashion-blogger who is equally tough in running shoes as in high heels, and Kyaron, a young Nepalese environmentalist.
This book is for everyone: runners, trekkers, mountain lovers, Everest fans, and anyone who adores a good story. But be warned, after reading Running Everest, a part of you may long for adventure!
Holly Zimmermann is an extreme sports athlete, from mountain and desert ultras, orienteering, endurance bike and expedition adventure races to running a marathon in the Arctic. In 2018, she was the first international female to finish the Mount Everest Marathon. With advanced degrees in engineering and business, Holly started her career in research and development for military applications, but upon moving to Germany with her Berlin-born husband, she gave up her technical pursuits and turned to sports and writing while raising their four children. One of her passions is motivating others to be active, and she encourages them by speaking at companies, sporting events, in women's groups, and at charities or by volunteering in schools where she trains kids to take part in local races. Her first book, Ultramarathon Mom: From the Sahara to the Arctic, was released in April 2018 by Meyer & Meyer Sport.
You will get the following files: