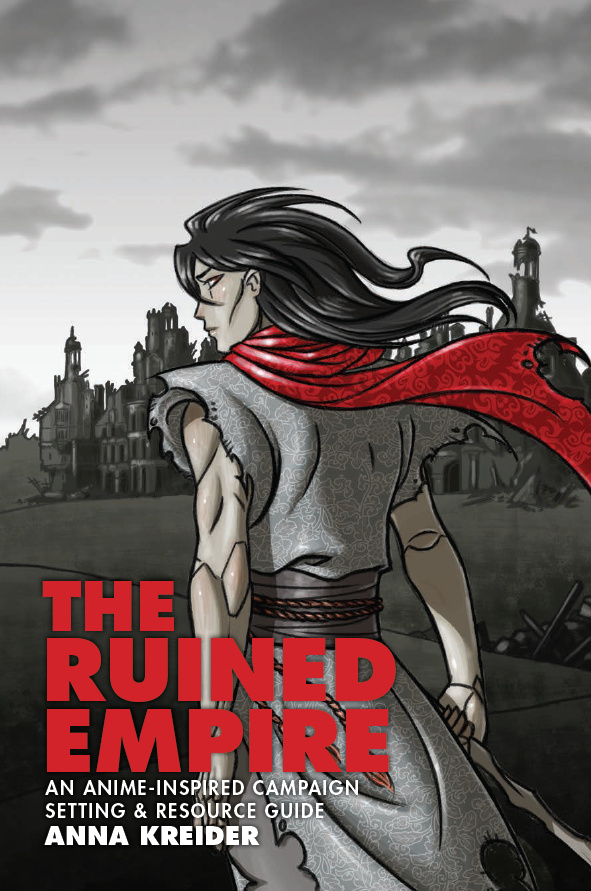 ONCE THE LAND HELD MANY NATIONS, but recent decades  have seen two great empires arise, each locked in a struggle to the death for supremacy. In the east lies the Imperial Dynasty of Azumi, the Iron Empire. Expanding ever westward, it absorbs all nations that lie in its path as it hungrily devours
the resources of the land to fuel the engines of industry. In the west lies the Jahga Republic of Enlightened Peoples. Expanding eastward, it seeks to bring civilization and self-determination to nations that have not yet embraced the principles of enlightened rule that govern their empire. As it stands, only a handful of resisting nations remain even nominally independent, forming a scant buffer between these two implacably expanding forces.

The Ruined Empire is a system-neutral campaign setting and source book set in a land of five nations in conflict, ripe with adventure and danger and contains:

(This game was originally published under the name "Anna Kreider", my old name.)