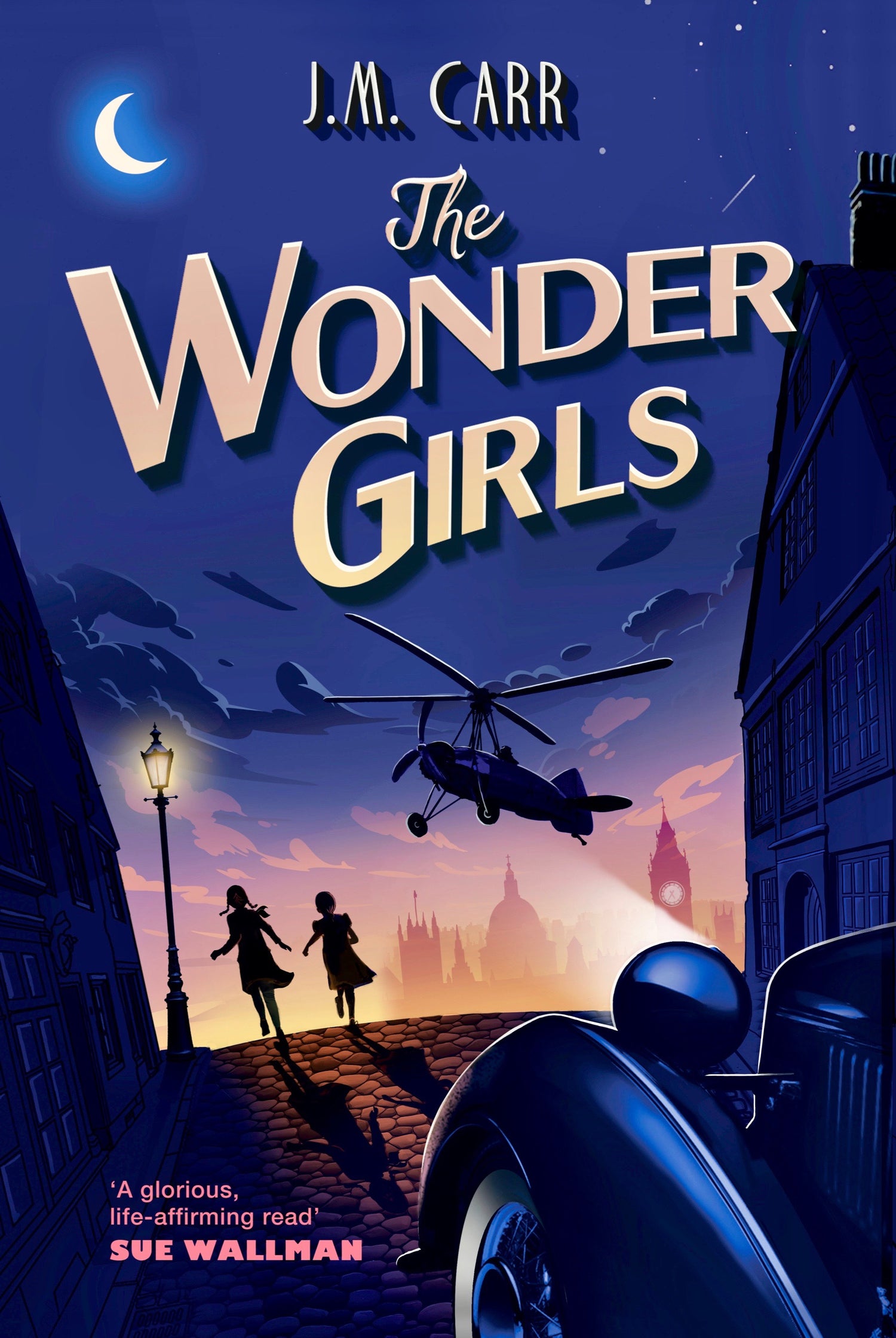 Unlikely friends, despicable villains, and deadly peril – can a renegade gang of thieving girls to put a stop the Blackshirts their dastardly plans to put kids in peril?

ENGLAND 1936: The Blackshirts, British Supporters of Adolph Hitler, are marching and Londoners are on the streets resisting them. In the chaos, a terrified, golden-haired girl pulls street-thief Baby from certain death. But Blackshirts overpower them and seize the girl. Baby tracks the Blackshirts to the coast where she finds a railway carriage hidden in brambles, a gang of renegade girls and thirteen-year-old Ida, trying to protect her golden-haired little sister ...

This special edition, previously only available through Kickstarter includes the 'About The Book' section from the limited edition paperback.

“The Wonder Girls is a fast-paced, full-hearted, total romp of an adventure ...”’
Georgina Lippiet,  in-common.co.uk

‘‘This story is full of heart racing moments, incredible bravery and girl power in the face of fascism... It is a fabulous story and I have high hopes for it in this golden age of Children’s fiction.’’’
Erin Lyn Hamilton, myshelvesarefull.wordpress.com

‘‘J.M. Carr expertly balances the emotional personal stories of the individual characters and peril whilst maintaining a historical setting that is so real it is almost tangible.’’’
Sally Poyton, Space on the Bookshelf.blogspot.com

‘‘.. it is the focus on family, friendship and loyalty that makes a lasting impression ... There is peril, and girl power, and fascist louts – but the core is both humane and full of hope.’’’
K.M Lockwood, kmlockwood.com/writersreviews


You will get the following files: