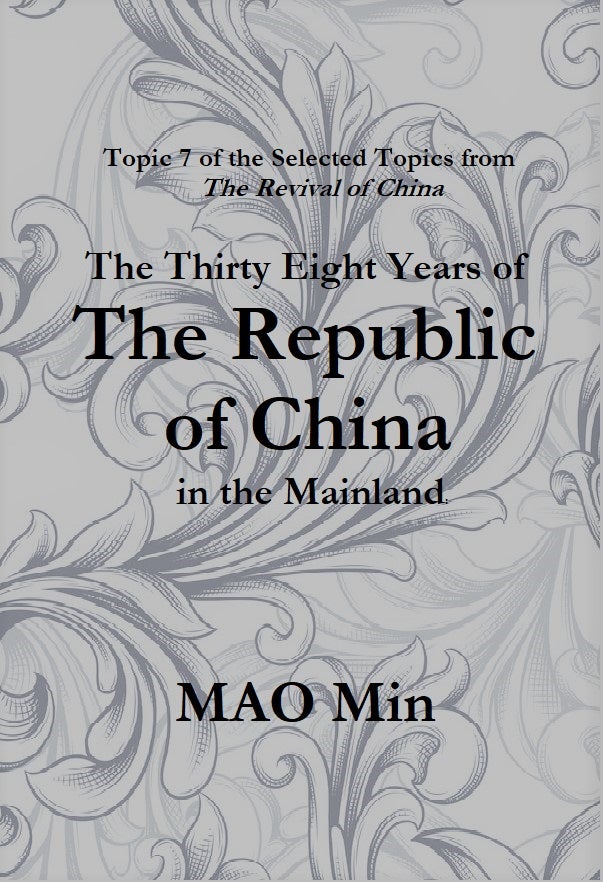 The Thirty Eight Years of the Republic of China in the Mainland: Topic 7 of the Selected Topics from The Revival of China

This is Selected topic 7 of the Selected Topics from The Revival of China. The full book is about the revival of China in the 20th century and the first decade of the 21st century. This topic is about the thirty-eight years of the Republic of China in the mainland. It covers the Xinhai Revolution, overthrowing of the Qing dynasty, establishment of the Republic of China, Warlord rulings of China, cooperation between GMD and CPC, unification of China by JIANG Jie-shi, encircle and suppress the Red Army led by CPC, anti-Japanese fights after the September 18th accident, the Anti Japanese War, decisive battles with CPC, and withdrawing from the mainland to Taiwan Island. In the Appendix，situation of Republic of China in Taiwan is described.