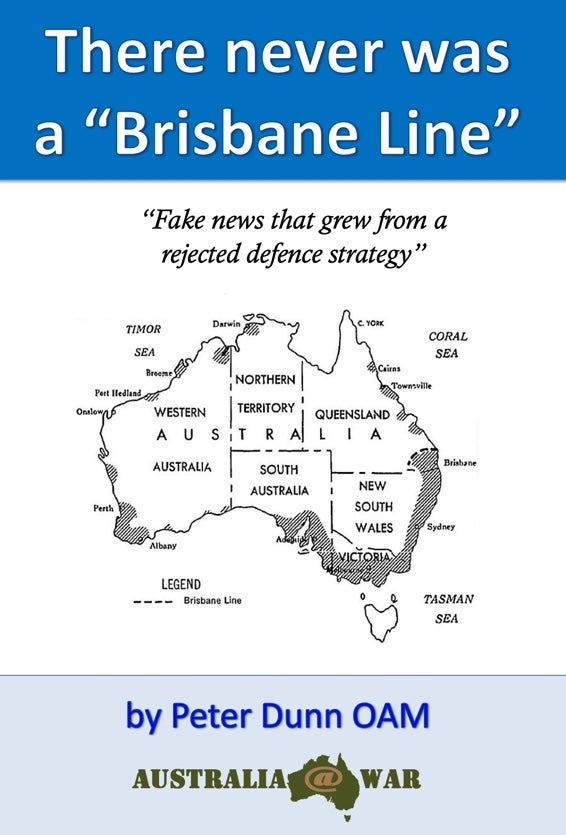 There Never was a Brisbane Line

On Sale
A$7.99
A$7.99
Added to cart
"Fake news that grew from a rejected defence strategy"

The mythical "Brisbane Line" grew from a defence strategy which was rejected by the Australian War Cabinet in February 1942.

Somehow politician Eddie Ward became aware of this rejected defence strategy. In October 1942 he claimed that the previous Government was prepared "to abandon an important part of northern Australia without firing a shot."

General Douglas MacArthur added to the fire by labelling the controversy the "Brisbane Line" in March 1943, exactly twelve months after his arrival in Australia. The media and Eddie Ward took advantage of this new attractive label given to the story and eventually Prime Minister John Curtin was forced to call a Royal Commission.

This book sets out the timeline for the controversy around the mythical "Brisbane Line" and provides documentary evidence of:-
NOTE:- The "PayPal Payment Method" will also allow you to securely pay using your Credit Card. It is not essential for you to have a PayPal account.

You will be asked to provide your e-mail address so that a link can be sent to you to download two files, one being the Epub file which is the e-book version and a PDF version in case you have trouble loading the Epub version.
You will get the following files: