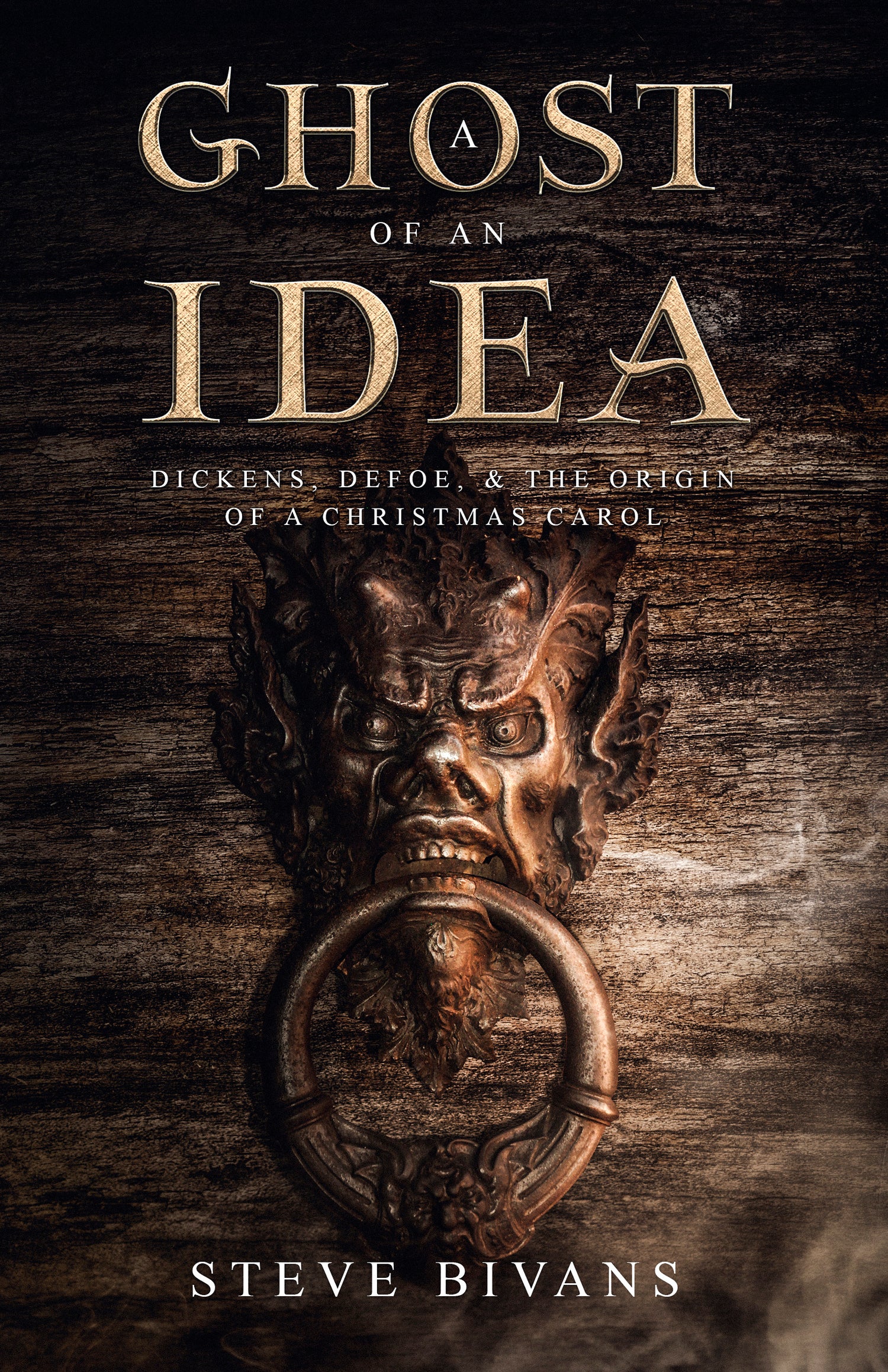 A Ghost of an Idea: Dickens, Daniel Defoe, and the Supernatural Origin of A Christmas Carol (with the full annotated text of Daniel Defoe's 'The Friendly Demon')

Camped out for tickets for the Broadway productions?

Have you read everything there is to read about A Christmas Carol?

I bet you haven’t! Not yet…

Ever wonder what could have inspired Charles Dickens to write such an amazing story?

Where did the character of Jacob Marley originate? Was his ghost truly “more Gravy than Grave?” Did he and the Ghosts of Christmas Past, Present, and Future really visit Scrooge? Did they really manage to do it all in one night? On Christmas Eve? Or was there something strange and mysterious about the clock?

What does Daniel Defoe, Robinson Crusoe, demons, angels, spirits, and apparitions have to do with Marley’s spectral visitation that Christmas Eve, seven years after his demise?

And what’s so important about those “seven years?”

On the 175th Anniversary of the first printing, join best-selling author, Steve Bivans on a 30 year mystery to uncover the origins of Dickens’s wonderful story. Discover the long-lost, forgotten source of Jacob Marley, and what Dickens called his “Ghost of an Idea.”

You’re not gonna believe what was lost and how it was found. It’s a detective story, and a ghost story, complete with strange coincidences, synchronicities, Irish tales of terror, hauntings, friendly demons, library angels, and wandering, tortured spirits!

Then have a Merry Christmas, and do “try to keep it all the year!”
God bless us, everyone!
You will get the following files:
Share on Facebook and get 25% off — share now