The War in the Air and particularly how Mr Bert Smallways fared while it lasted. by HG Wells published 1907. The War in the Air is a novel by H. G. Wells, written in 1907, serialized and published in 1908. Like many of Wells’ works, it is notable for its prophetic ideas, images, and concepts, in this case, the use of the airplane for the purpose of warfare and the coming of World War I. The novel's hero is Bert Smallways, a forward-thinking young man, a "kind of bicycle engineer of the let's-have-a-look-at-it and enamel chipping variety." Wells envisions a world in which China and Japan form an alliance of Eastern Asia; Germany is aggressive and thrusting; and the United States is a country torn apart "in violent conflict between Federal and State governments upon the question of universal service in a defensive militia." The British Empire is a more pacific power, whose possessions are scattered across the globe, and distracted by "insurrectionary movements in Ireland and among all its Subject Races. It had given these subject races cigarettes, boots, bowler hats, cricket, race meetings, cheap revolvers, petroleum, the factory system of industry, half penny newspapers in both English and the vernacular, inexpensive university degrees, motor-bicycles and electric trams…" France and the Latin Powers (Italy, Spain, Portugal) are militarized, but reluctant to fight; Russia is divided within itself, torn apart by conflict between revolutionaries and reactionaries. Other smaller states have armed themselves as best they can. 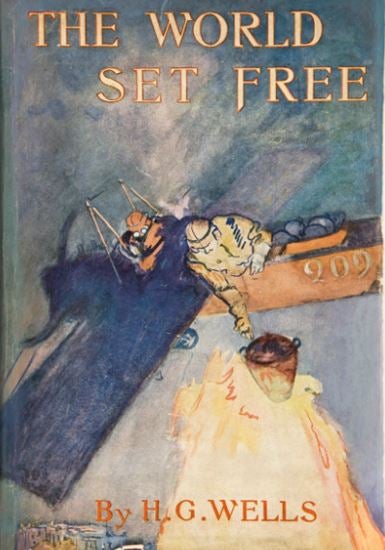