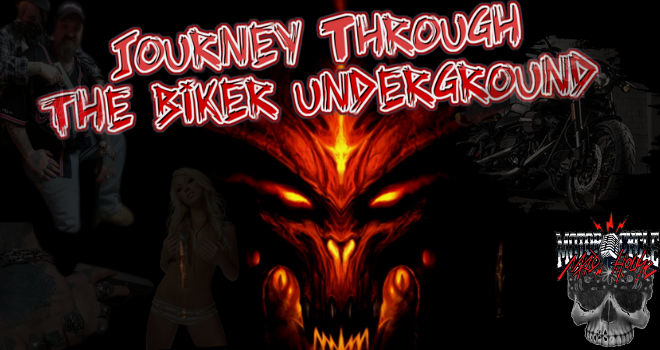 Journey Through the Biker Underground 5 hours of audio interviews

The program  presents an exclusive interviews with the Chicago Confederation of Clubs and their response to Big Pete James. Big Pete James is an out bad former officer of the club who wrote a book on his time with the Outlaws. One that has been debunked by many in the club scene. By the time you hear that interview and one from the Cossack 1%ers, you will want to run from Big Pete James.
We also have an on the record interview with George Christie and the National President of the 13 Rebels MC as a bonus. Buckle up, you're about to be taken on a wild ride. Over 4 hours and 1 hour of bonus interviews await you.
Get the knowledge of what is currently happening in the MC scene. Play it in your vehicle or while you're just sitting around on your phone. You will be brought into the fold on what those who've been around some of the most memorable situations in the MC scene have to say. Don't forget. The New Age of Biking and Brotherhood is now on paperback through Amazon and all major online retailers.To buy the paperback click the link to Amazon https://amzn.to/2BMc4Rv