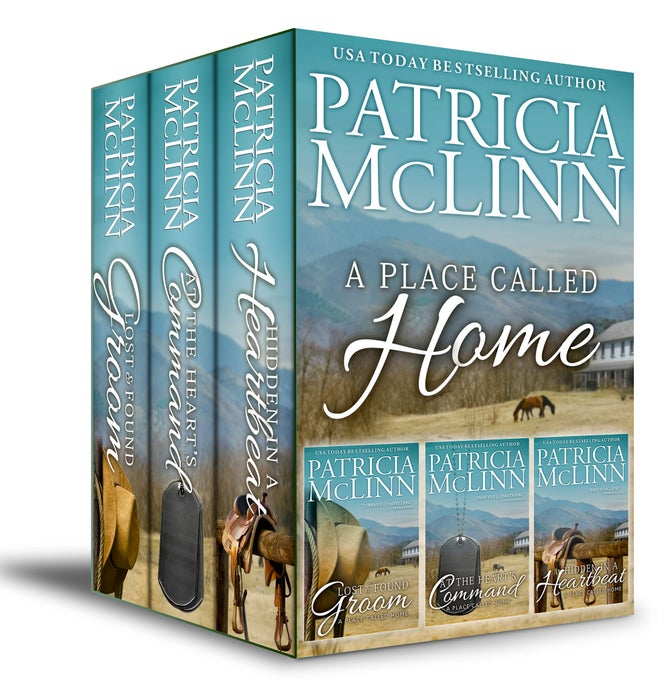 Far Hills Ranch has been the Suslands’ beloved Wyoming home for more than a century. But with it has come the legend of a family curse. Now, according to the legend, the current far-flung Suslands are the last with a chance to lift the curse . . . whether they believe in it or not.

To fulfill the legend’s demands, these cousins must face personal challenges and risk their hearts, all for the sake of A Place Called Home

On assignment in distant Santa Estella, hardheaded journalist Kendra Jenner finds herself in the middle of a vicious hurricane . . . and unexpectedly in the arms of a stranger who speaks virtually no English. Fear leads to passion that months later leads to a baby, which Kendra fully expects to raise on her own, since her search for the father is a fruitless one. Three years later, "Paulo" shows up at her Wyoming home, identifying himself as Daniel Delligati. He says he's come for his son -- and for her.

Book 2: At the Heart's Command

Colonel John Griffin Jr. is a good and honorable soldier, determined to protect Ellyn Sinclair at all costs – especially from himself.

Once, he’d rejected a young Ellyn’s advances, because he could not give her the life she deserved. Instead, Grif stood up as best man when Ellyn married his best friend. Then, he became a member of the family, godfather to her children. But now Ellyn is a widow, back in Far Hills with her two young children, and having a tough time. And no matter what it costs him, Grif will do his duty – help Ellyn and her children, while ignoring that he has never stopped wanting her.

Book 3: Hidden in a Heartbeat

Rebecca Dahlgren comes to Far Hills Ranch hoping for answers to her unknown heritage. But from the first moment, she finds foreman Luke Chandler hard to miss. The sexy cowboy with the sleepy eyes that aren't interested in sleeping means just the sort of trouble her patrician grandmother has always warned about.

Luke has his own reasons for wanting to steer clear of anything like commitment. But the secrets behind Rebecca’s dark eyes keep luring him on … even if it means baring his own heart.