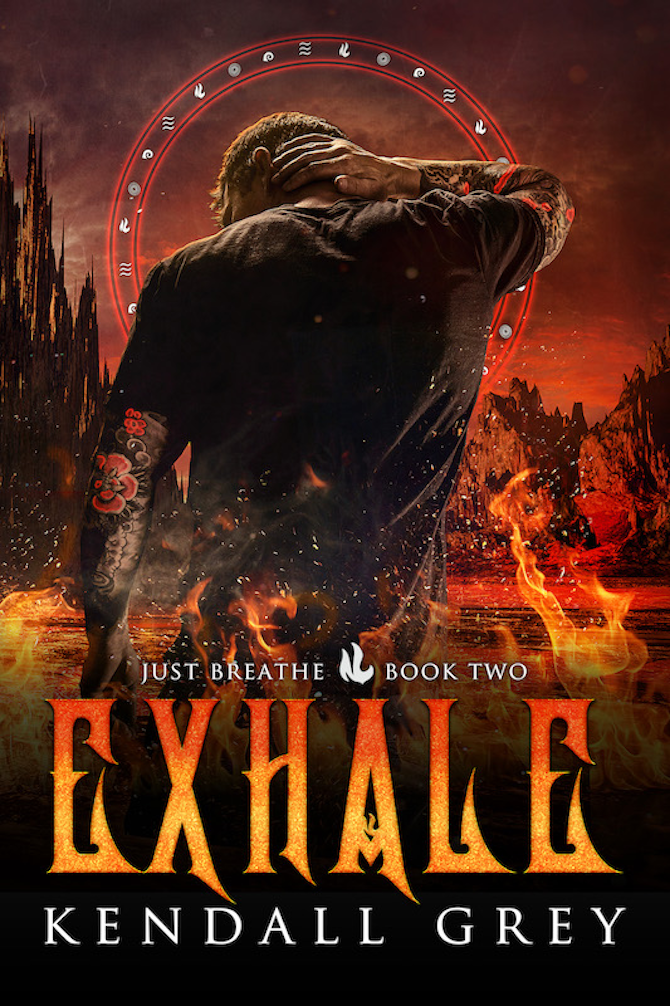 By Howling Mad Press
“Every part of me was satisfied as I read this story! It has magic, it has love, it has action and suspense … Bring on Just Breathe!” —Consuming Worlds

Gavin Cassidy, rock star by day and Sentinel by night, met his muse in the Dreaming, and now he’s found her in real life. But Zoe Morgan is having a hard time believing the gorgeous guy from her dreams is real, let alone that he’s attracted to her.

Gavin’s not the only one who’s interested in Zoe. Her boss wants her too, and he could end her career in marine biology if she refuses his advances. Zoe’s struggling to balance her dream man with her dream job, but that’s the least of her worries. The whale she’s guarding has been marked for death, and Zoe’s new enemy Scarlet is eager to deliver the killing blow. To both of them.

Gavin is desperate to keep Zoe safe, but he’s got other problems. People are dying in their sleep all across Australia. He and his fellow Sentinels can save them, but only if they find and lock the door to the Dreaming before the Fire Elementals launch an attack. Now Gavin must protect Zoe from Scarlet’s vengeful clutches while organizing a Sentinel defense strong enough to prevent a full-blown Elemental war—all with a traitor fighting by his side.

“Intense, exhilarating, shocking, and heart-wrenching, Exhale is truly a worthy sequel to Inhale and shows that Kendall Grey can push her characters way beyond limits.” —Grace, MyBookSnack