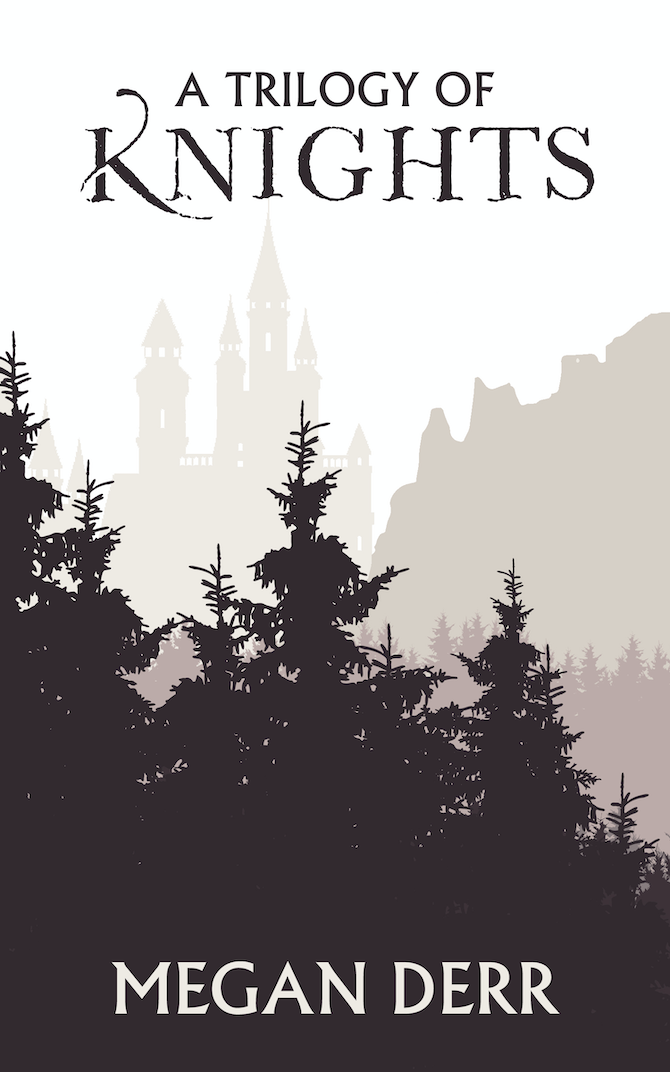 A Trilogy of Knights

By Megan Derr
THE DRAGON

Bran is tired of living a life of blood and violence. After decades of serving his king on the battlefield, he wants the peaceful, violence-free life he has earned. When the king refuses to grant him freedom, Bran volunteers to go slay a deadly dragon—with every intention of dying alongside it.

Trey has always kept to himself, so solitary and strange he is named after the mist-filled valley where he was found as a child. But he longs for things he cannot have – like Dunstan, a beautiful, young mage far out of reach. Then he learns Dunstan's family is being tormented by mercenaries, and Dunstan himself turned to stone—and Trey and his strange past are their only hope for rescue.

All Victor wants is to be taken seriously by his so-called peers, who constantly bully him for his fussy ways and his close relationship to the throne. Then he rescues a foreign prince being chased by assassins, and finds himself swept into a strange world that feels more like home than anywhere he's ever been…