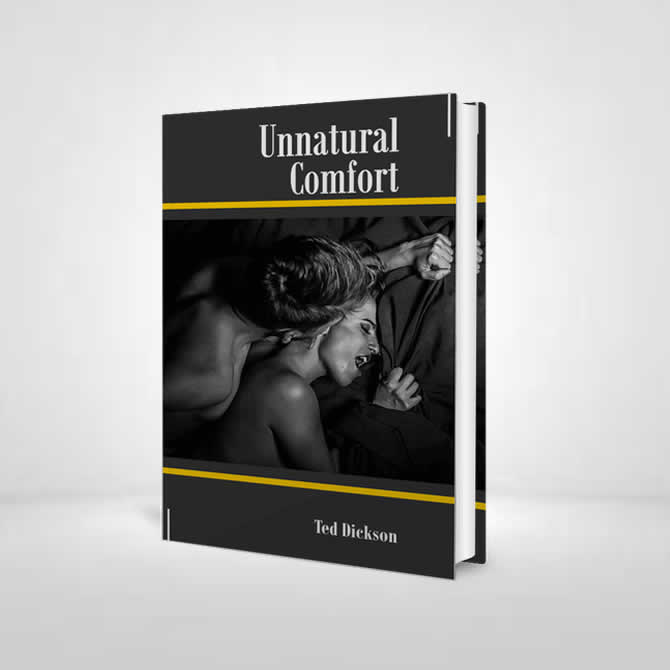 By eroticafriends
Strange, Dickson thought, as he scrambled up onto the bunk. Why should Billy choose to cover his walls with female nudes, and yet pick up guys on the road for sex? To keep up the macho image, perhaps?

Billy followed Dickson into the sleeping quarters and pulled the curtains closed behind him. Dickson noticed that he was already getting a hardon; his cock was pushing against his underpants which in turn were bulging out through his open fly, making him look ludicrously like a deformed rhinoceros. Dickson resisted the temptation to laugh.

"I must say I do like the fuckin' way you fill out those jeans," Billy said, sitting on the edge of the bunk and running his hand over Dickson's thigh. His other hand was playing with the "rhino horn" in his crotch. Dickson lay on his back, arms at his side, feeling a bit silly and wondering what he should do.

"Let's see what you've got in there," Billy muttered, reaching for the zip on Dickson's jeans and tugging it roughly.

Dickson's jeans were tight, making it a little difficult for Billy to open them as quickly as he would have liked, but after a certain amount of fumbling and quite a lot of cursing, he managed to peel the denims down Dickson's muscular thighs, quickly followed by the small white cotton briefs Fred had bought for him one day while they were shopping.   Dickson lay there motionless, his jeans down around his knees and his T-shirt shoved up around his chest, while Billy ogled his genitals. "Oh, fuckin' 'ell, son," he muttered, gazing in wonder at Dickson's limp uncut cock. "That's fuckin' lovely."