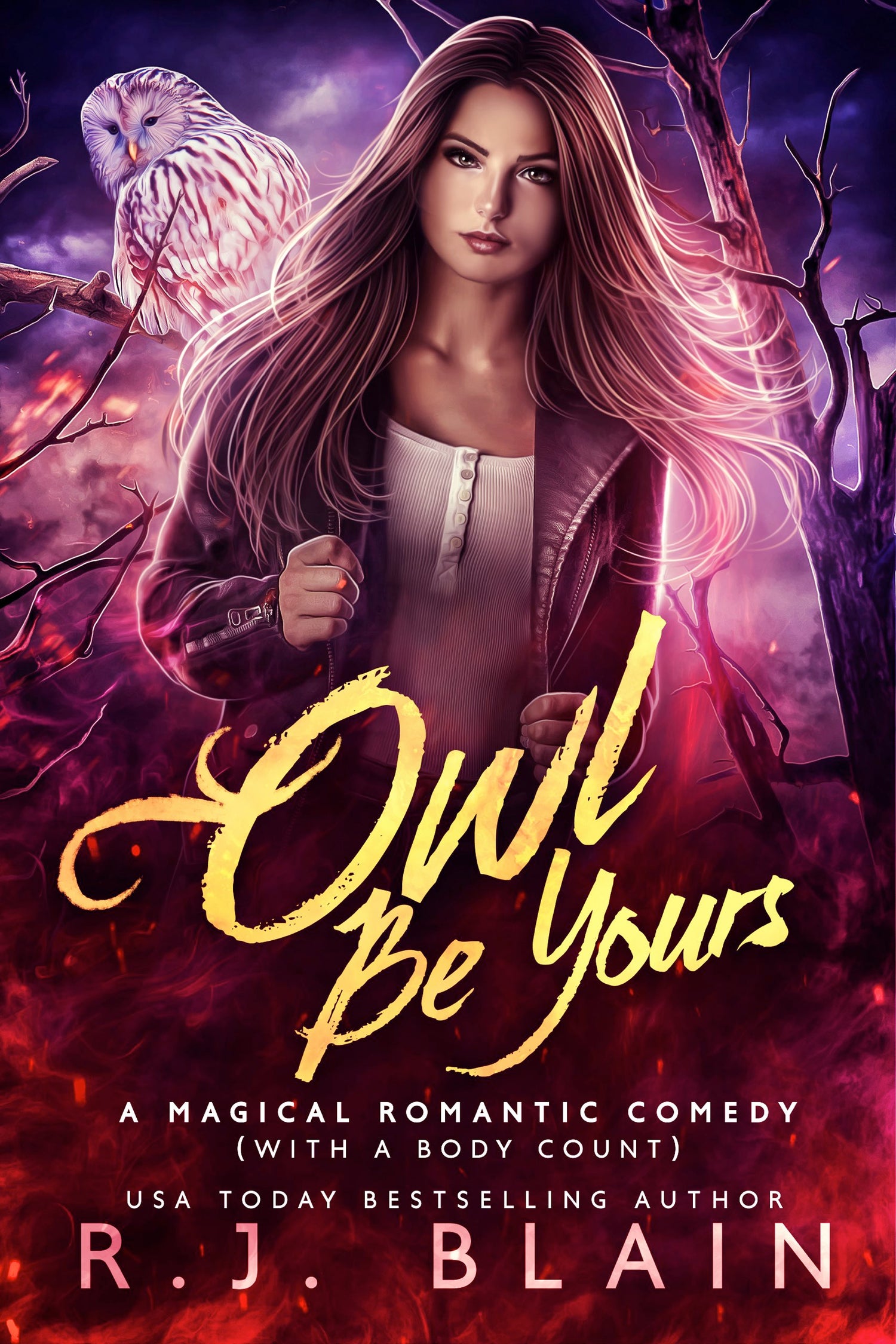 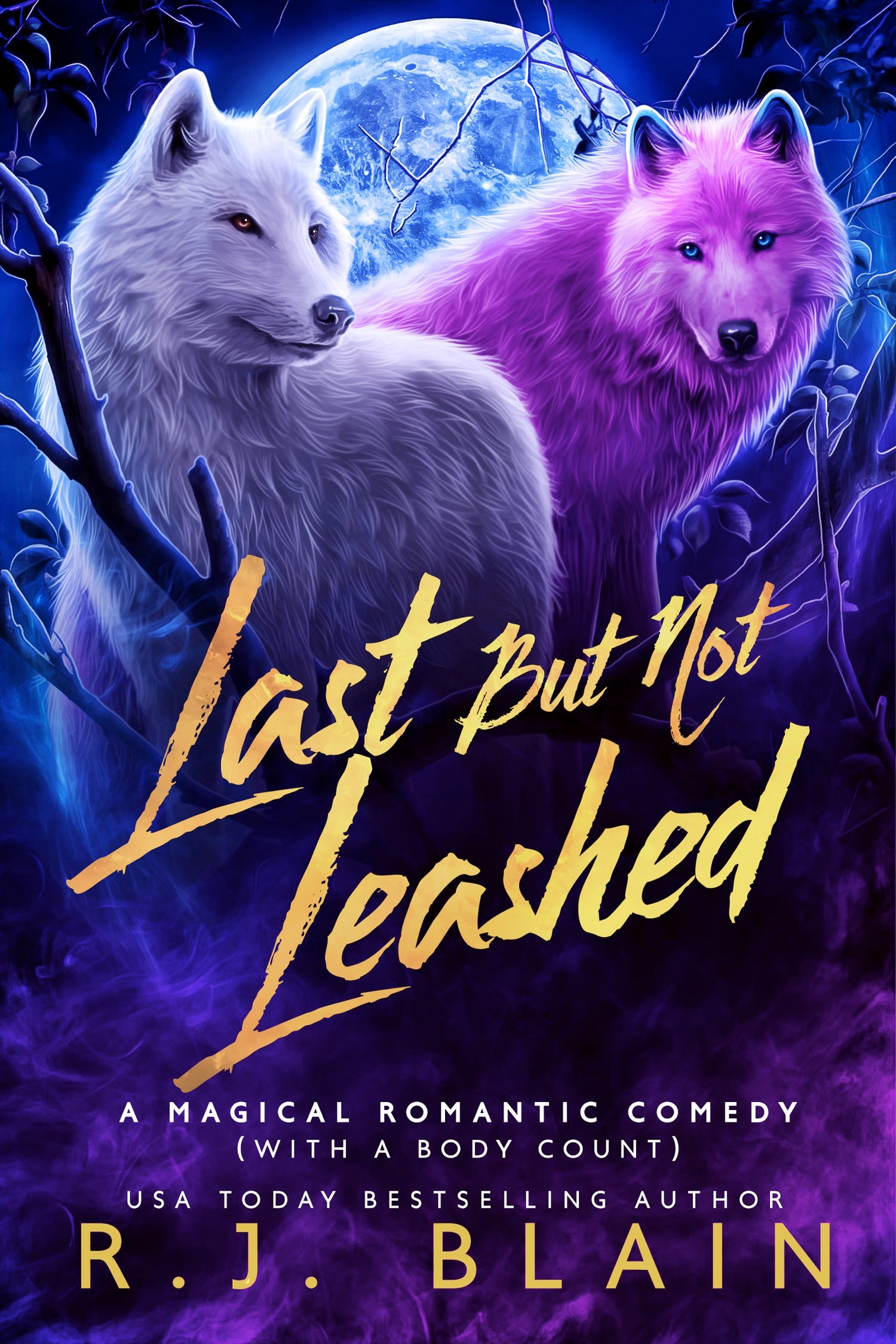 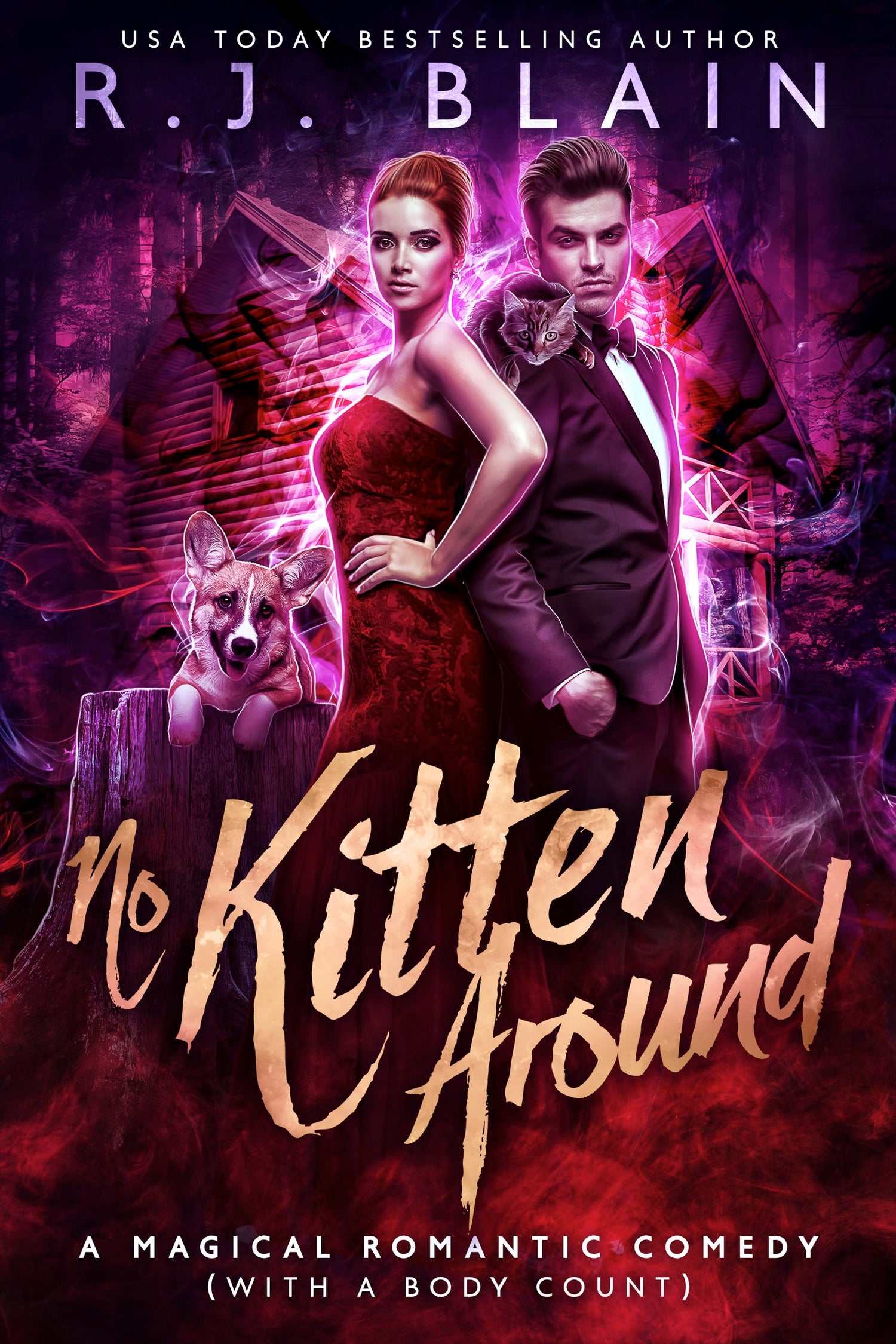 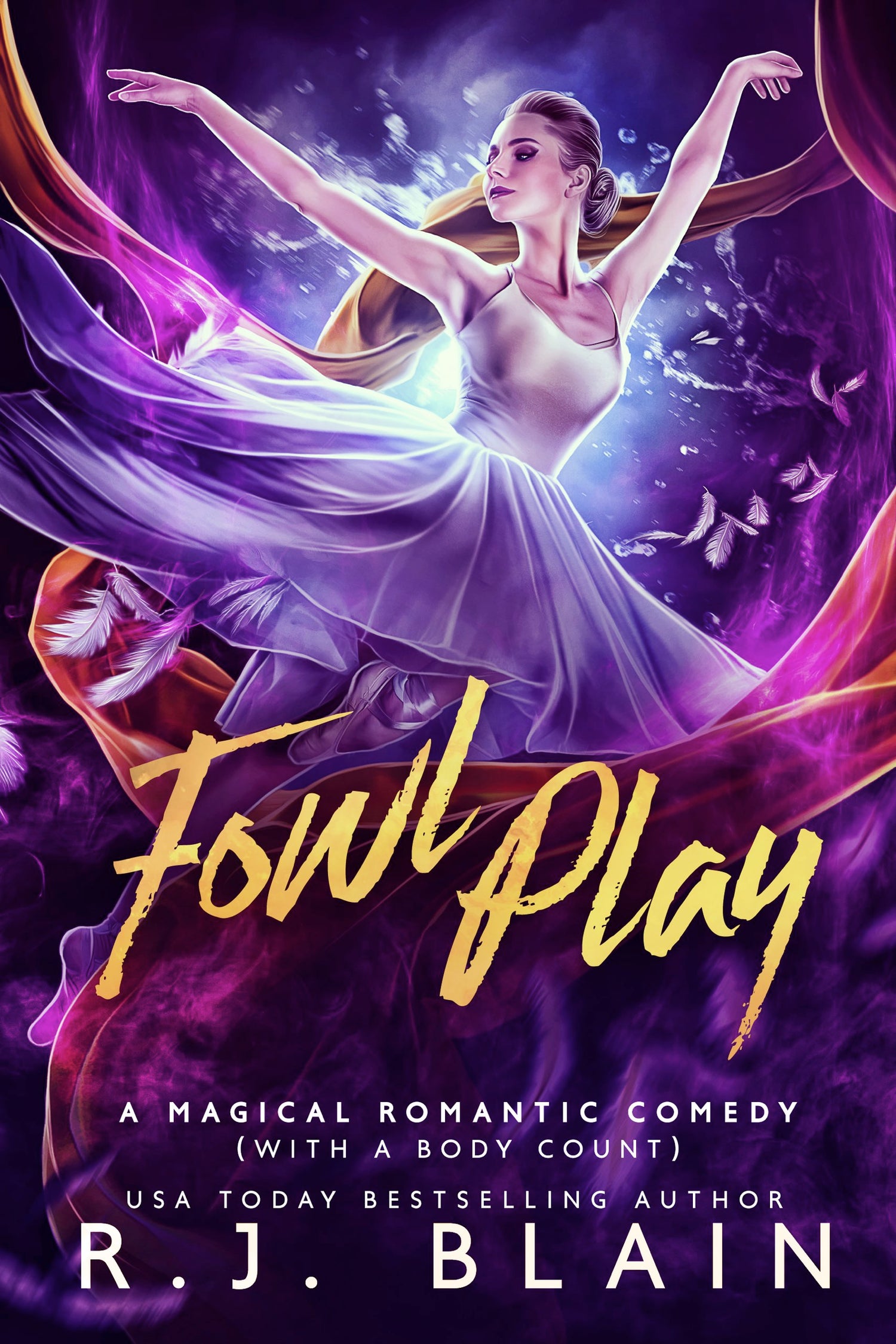 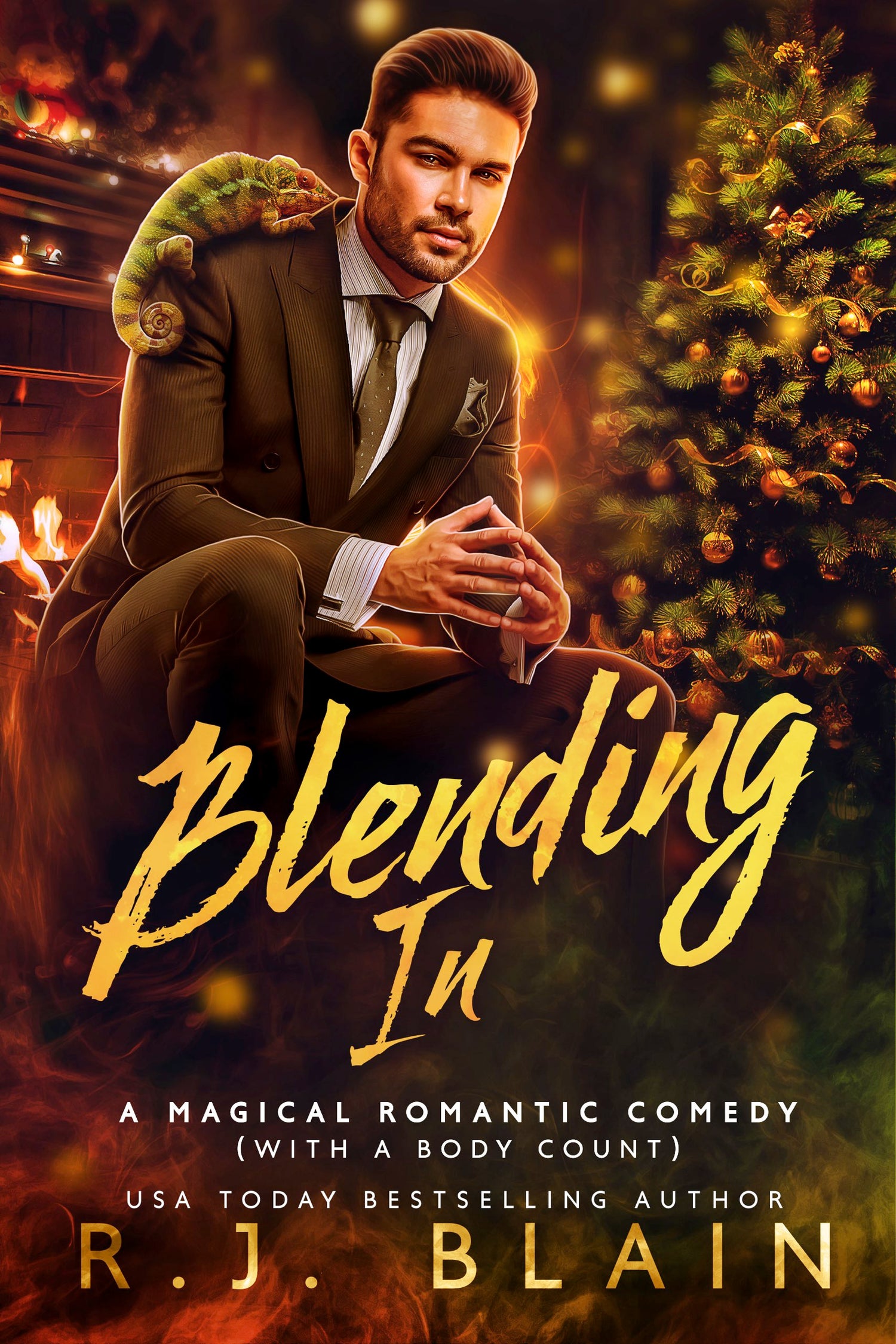 Bundle #2: Owl Be Yours, Last but not Leashed, No Kitten Around, Fowl Play, and Blending In

After a wildfire took everything from her, Emily Hall made do surviving as a homeless human by day and as an owl at night. When one of the men responsible for infecting her with lycanthropy comes winging his way back into her life, she must choose between revenge or resuming a normal life. Until Daniel’s return, she never dreamed she might be able to have both.

Warning: contains excessive humor, romance, action, adventure, and puns. No plots were injured during production but don’t ask about the wood chipper. Some things are best left unspoken.

Last but not Leashed:

When Dale went to work security at one of the local malls, he expected trouble. Between his boss, a hybrid lycanthrope female on a mission to claim her mate, and his pack on a mission to change his relationship status, he’s in for a week he’ll never forget.

Warning: this novella contains humor, romance, a temporary escape from life, a body, and puns. No plots were severely harmed during testing but were put in time out due to hysterics.

The last thing Reed Matthews needs in his life is a kitten, but when an orphaned tabby suckers him into becoming her caretaker, he's in for the ride of his life. Add in an angel determined to meddle in his affairs, a devil with an agenda, and a bucketful of bad omens, and he'll count himself fortunate if he survives the clash between heaven, hell, and his ex.

In this anything goes romp, there's no kitten around: if Reed wants to survive and regain control of his life, his only hope lies in the hands of an elf and his ex, a woman he's sworn to never see again.

Warning: contains humor, romance, magic, puns, bodies, and a short detour from reality. No plots were harmed in the making of this story.

Instead of a quiet dance retreat where she could escape the insanity of being the daughter of an angel, a succubus, and a lycanthrope, Emma Sansaul plummets into the middle of murder, mayhem, and mischief. As becoming the next victim of a crazed serial killer is not on her itinerary, she's left with no choice but to join forces with Agent Kenneth Bernard to find the murderer, the one man on Earth capable of making her hissing mad one second and in need of a cold shower the next.

Thanks to a jealous divine, whenever Chase Butler comes anywhere near Miriah, she turns into a chameleon. While her hopes of having a happily ever with Mr. Right are dashed, she’s determined to have the next best thing: a perfect Christmas.

Finding a puppy for her son, dodging the unwanted attention of her divine fling of an ex, and keeping on top of a holiday charity drive for local pet shelters sure is complicated when prone to transforming into a twelve-inch lizard with a severe allergy to snowbanks.

Since blending in has gotten her nowhere fast, she’s going to have to pull out all the stops to get what she wants, even if it lands her on Santa’s naughty list.

Warning: this holiday story contains excessive humor, action, excitement, adventure, magic, romance, and bodies. Proceed with caution.
You will get the following files: