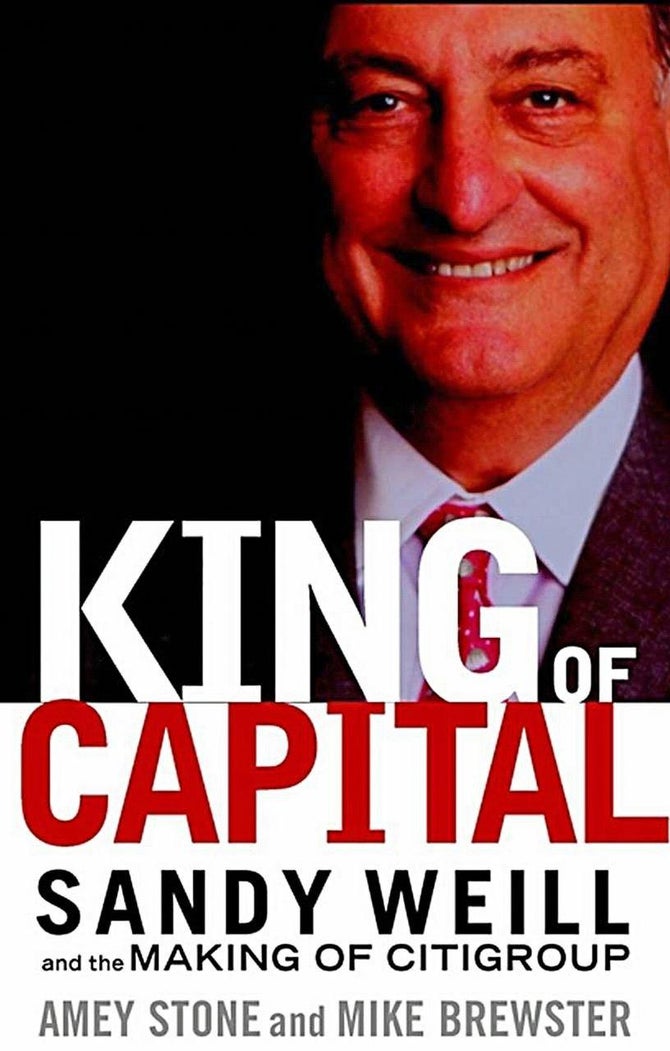 KING OF CAPITAL SANDY WEILL AND THE MAKING OF CITIGROUP

By Trading Like Expert
A fascinating story of a legendary dealmaker who masterminded an unprecedented mergerCitigroup CEO Sandy Weill orchestrated many deals over his legendary forty-five year career—none bigger than the 1998 epic merger of Travelers and Citibank to create the international conglomerate, Citigroup. King of Capital tells the compelling story of how this complex man revolutionized the banking world and transformed Citigroup through a combination of mergers and powerplays.

Throughout his entire career Weill has created successful businesses out of smaller, seemingly unworkable pieces; filled product vacuums no one else even realized were void; and forced issues that no one else had the gumption to tackle. His daring dealmaking tactics were never more evident than while forming Citigroup, as he lobbied Congress to deregulate the financial services industry and ousted his co-CEO in a public power struggle. Through an engaging narrative by financial writers Amey Stone and Mike Brewster, King of Capital chronicles the legacy of Sandy Weill that began taking shape in 1970 with the creation of Shearson, was honed during his tenure at American Express, and continues as he leads one of the world's largest banks.

Along with probing Weill's signature business deals, King of Capital traces the path this feared, envied, and admired man took to get to the top. Readers will gain valuable insight into the strategies and tactics of this admired dealmaker-including his ability to turn a workforce into a family, with all the love, loyalty, battles and heartbreaks. What distinguishes Weill from the run-of-the mill executive is a laser-like focus on what he wants, trust in his lieutenants, and incredible belief in himself-conviction that he did not always possess. Weill, cowed by Bensonhurst bullies as a child, hazed as a military school plebe, intimidated by the strong personalities of some his early partners, has defied all expectations to become a CEO whose deals have had lasting impact on global finance and the economy.

Amey Stone (New York, NY) has more than ten years of experience as a financial writer. Currently, she is an Associate Editor at BusinessWeek Online, where she cowrites the daily "Street Wise" column, and is responsible for writing many of the site's lead stories on business trends, technology, and the economy, including several articles covering Citigroup and Sandy Weill.
Mike Brewster (New York, NY) is an accomplished writer, editor and financial services professional. He recently launched a career magazine called Leaders Online.