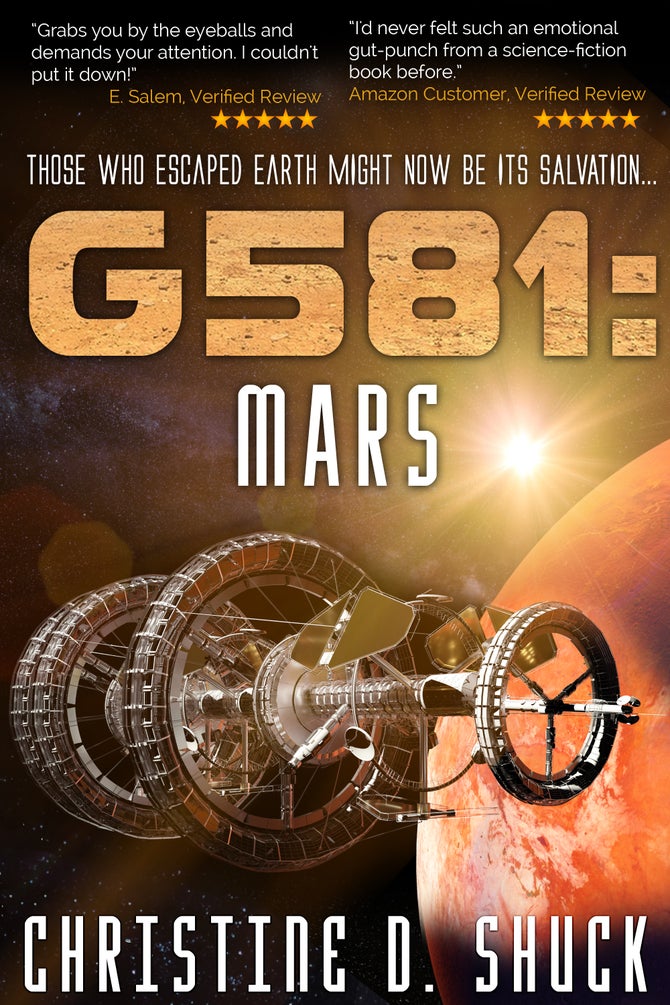 By Christine Shuck, Author and General Malcontent
In the blink of an eye, Earth went from overpopulation to the brink of annihilation. A deadly contagion has slaughtered billions, society has collapsed, and the Earth is in a state of total crisis. Even worse, the raging virus has followed those who thought they had escaped - leaving the fate of humanity itself hanging in the balance.

For the ragtag survivors of the Mars colony - the importance of mankind's mission to colonize the Red Planet has never been more obvious. However, there's more than just the dangers of a hostile planet to contend with. To keep the spark of humanity alive, each of the colonists will also have to overcome their darkest fears and the worst of their capricious human nature. Not just that, but they must find a way to help Earth as a planet-killer races towards the cradle of humanity.