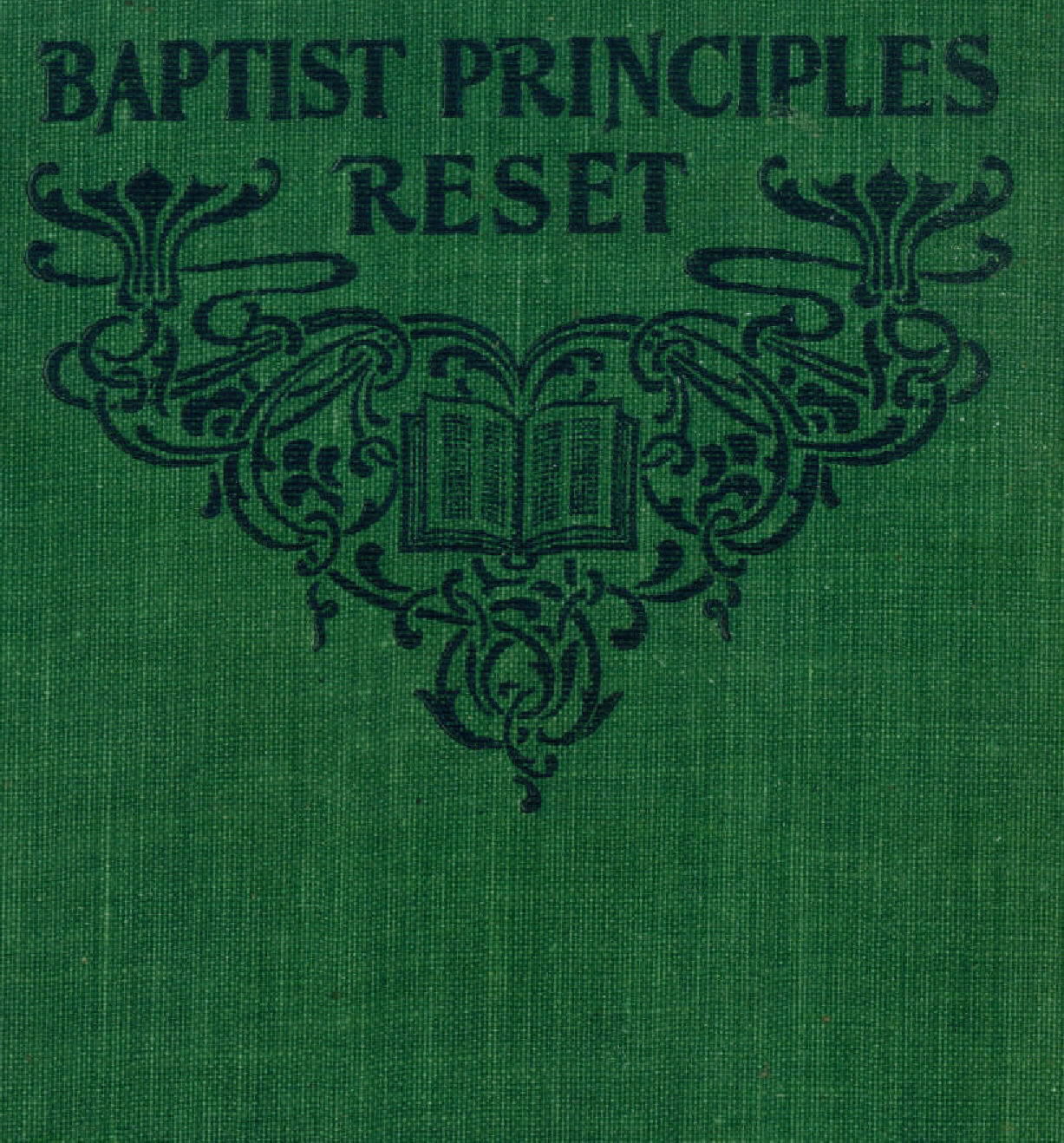 Distinctive Baptist doctrines are presented by some of the leading Baptist personalities in America during the 19th and early 20th centuries. The following subjects are discussed and scripturally defended: A Spiritual, or Regenerate Church Membership; Baptism a Condition of Church Membership; Believers the Only Subjects of Baptism; Only Immersion is Baptism; Communion at the Lord's Table Confined to Churches; Communion at the Lord's Table Confined to Church Members; Is Open Communion Demanded for the Edification of the Churches? Incidental Points Pertaining to Close Communion; Religious Freedom; Obligation of Baptists to their Principles; Archaeology of Baptism, the Bath under the Old Testament; Baptism the Door to the Lord's Supper; What Baptist Principles are Worth to the World; Why I Became a Baptist, etc.

This is a "must" book for professing Baptist Christians. For those who do not hold historic Baptist views in Ecclesiology, and who have never read a work which intelligently and scripturally espouses them, this work is a valuable study in order to speak with integrity and honesty in regard to the positions advocated herein, and not in caricatures.

This reset, modernized version contains over 320 pages of text and photographs. A Glossary and exhaustive Scripture Index have also been added. It is internally linked throughout for maximum maneuverability and search capabilites within the document.
You will get a PDF (4MB) file