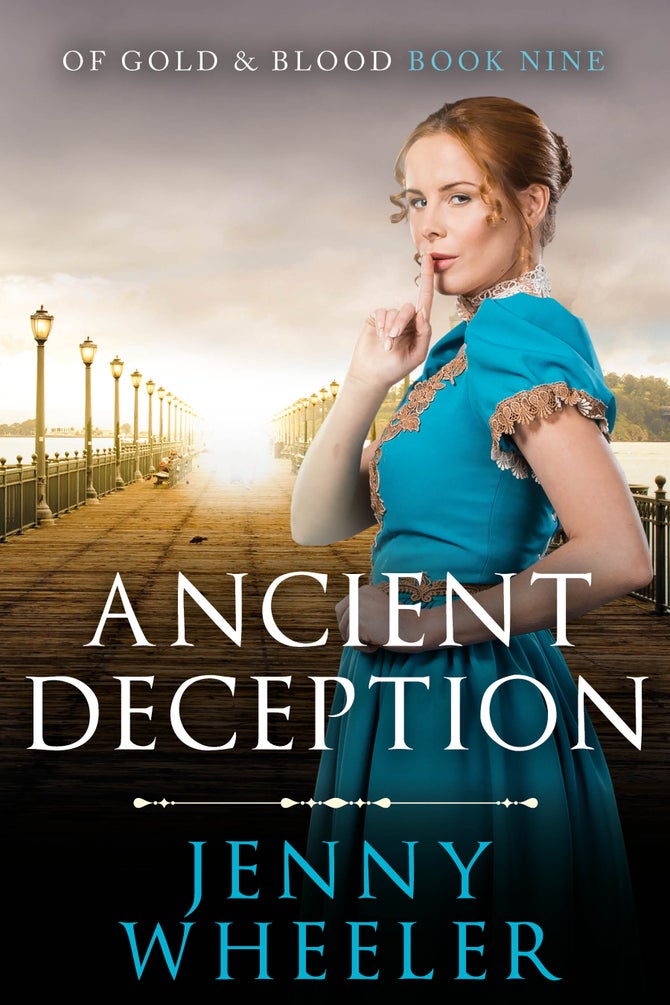 By Jenny Wheeler Books
He left Hawaii to improve his prospects. He could be returning in a coffin…

San Francisco, 1871. Kaleo Manolo hopes to strengthen his ties to California. So the Hawaiian super-surfer and accomplished sugar merchant has come to town to meet his recently revealed father: a powerful Washington Senator and successful importer. But the handsome businessman’s plans take a dangerous turn when he rescues a mysterious woman from an attack on the street… and becomes embroiled in a deadly family conflict.

Sarah Wyndham has lived a double life since she escaped her abusive family. But when Kaleo foils their attempt to kidnap her back she insists on maintaining her secrets to protect him from their reprisals. Kaleo suspects she is concealing the truth, but despite her warnings that he could be killed, he vows to stand by her side in a potentially lethal showdown.

Will Sarah learn to trust him enough to confide her shame-filled story? Or will Kaleo’s determination to do the right thing lead to him paying the ultimate price?

Ancient Deception is the mesmerizing ninth book in the Of Gold & Blood historical mystery series. If you like charismatic heroes, intricate revenge plots, and edge-of-your-seat twists, then you’ll love Jenny Wheeler’s plunge into a web of lies.

Buy Ancient Deception to lift the lid on the truth today!