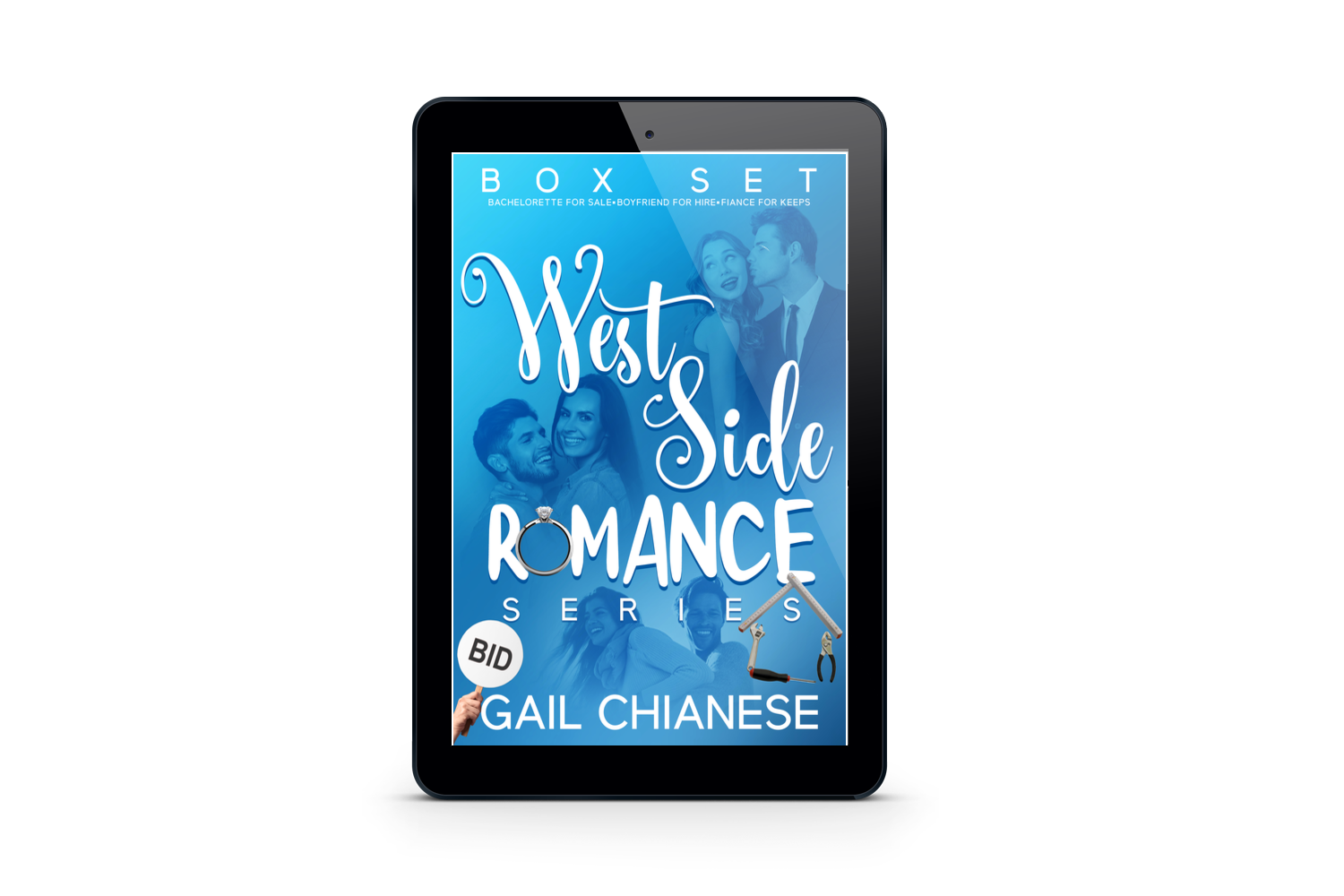 On Sale
$14.97
$14.97
Added to cart
Welcome to the West Side where three Bachelorettes are seeking love in all the right places.

As far as Cherry Ryan is concerned, the bright lights of Hollywood are nothing but a glare after her heart is broken on a reality show for millions to see. Instead, she’s throwing herself into fundraising for the local community center that was a priceless lifeline to her as a kid. But when a volunteer for the singles auction bails at the last minute, Cherry finds herself on the block—and sold to Jason Valentine, a handsome contractor with a gorgeous body—and a really bad attitude about her days in the limelight…

Cherry soon finds that Jason’s more than eye candy, and not entirely sweet—especially his quest to win the bid for the center’s renovation. Mixing business with pleasure doesn’t seem like such a good idea—until Jason has a chance to reveal the big heart beneath his surly exterior. Cherry’s falling for him hard, but trust isn’t easy when you’ve been burned. To conquer her fears will take a giant leap of faith—straight into the spotlight.

The only girl in a family of three brothers, Tawny Torres has had enough of waiting on men. She has her life and her career all mapped out, and neither includes an apron, an iron, or a husband—yet. But when a new job emphasizes a healthy balance of work and play, she needs a guy to stand in as her love interest at a company picnic. Gorgeous charmer David “King of Pleasure” Farber fits the bill perfectly—so well that Tawny is shocked to realize she’s having a hard time letting him go…

David’s a confirmed bachelor, but he can’t get enough of Tawny’s firecracker combination of tough and tender. Unfortunately, he’s overloaded with work at his construction firm and now definitely isn’t the time for distraction—he struggles enough with that already. Still, he can’t ignore his feelings for Tawny. He’ll just have to convince her that he’s more than a boyfriend-for-hire. And she’ll have to prove he can trust her with his biggest secret…

Tired of working long hours with no one to come home to, ER doctor Denise Saunders accepts a chance to compete on a reality dating show. But there's only one person she trusts to review the contract—attorney Brody Nichols, the man she left at the altar five years ago. Needless to say, Brody is floored. Unable to convince her to opt out, and unwilling to stand by while she risks getting burned by the spotlight, he can only think of one way to protect the woman he's never stopped loving…

Denise expected some surprises on Finding Mr. Right, but she's beyond shocked to meet the last contestant: Brody. She doesn't know whether to feel punk'd, pissed, or relieved. Yet as a series of hot hijinks and dueling bachelors ensues, Denise can't deny he's The One—and always has been. She knows she'll have to come clean about their past to the show's other contestants—and to Brody. But once she tells him the real reason she played the runaway bride, Brody may be the one to walk. Is honesty a risk she's brave enough to take?
You will get a PDF (141KB) file
Share: