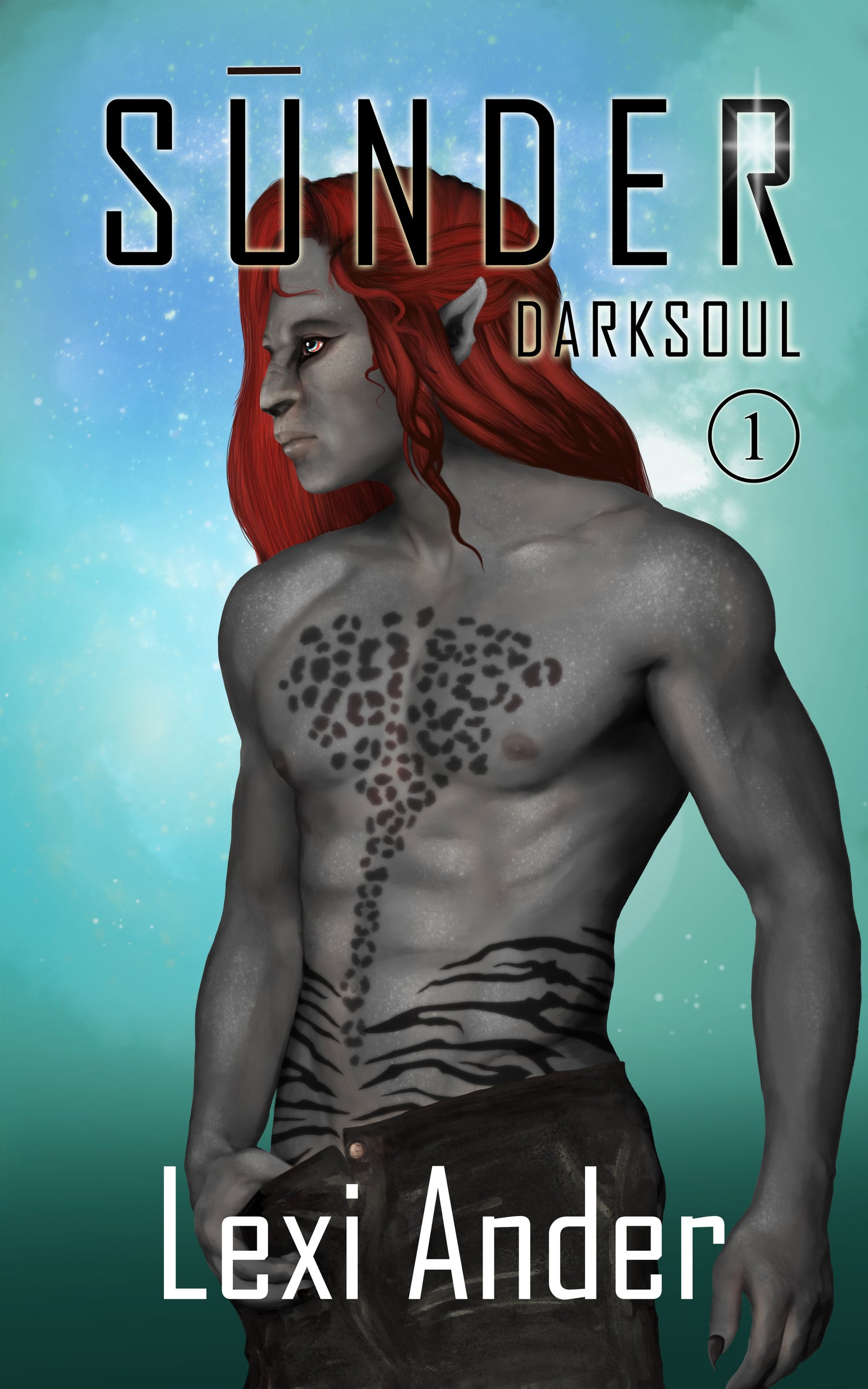 If Sūnder Alārd was born female he would have been cherished for being faeborn—born with magick—and his birth celebrated. Instead, his L’fÿn mother insisted on his death. Only his Panthrÿn father’s desperate escape through the forest saved him.

With most Chándariāns uneasy in his presence due to rumors he is doomed to become a darksoul, and unlikely to find a mate because of it, Sūnder has nevertheless carved out an honorable existence as a warrior and commander. Serving as a bodyguard and chaperone, Sūnder accompanies the Chándariān prince to the annual mating festival on Earth, and when the prince is injured, he can’t help but be fascinated by the tongue-tied nurse who attends them at the hospital.

At sixteen years of age, Gabriel St. Baptista came home to discover his parents had taken off into space, leaving him behind to look after himself. Gabe never recovered from the unexpected desertion, and keeps everyone at arm’s length to avoid the pain of being abandoned again. However, after meeting Sūnder, Gabe finds himself unable to resist the bond between them and breaks his carefully crafted rules to spend time with the Chándariāns, regardless of the fact that Sūnder will soon leave. Scared by what he feels for Sūnder, Gabe can only hope his heart won’t be too broken when Sūnder returns to Chándaria.

But deceit and treachery surrounds them both, and when Gabe saves Sūnder’s life, it sets off a chain of events that could either tear Gabe and Sūnder apart… or give them both exactly what they want.