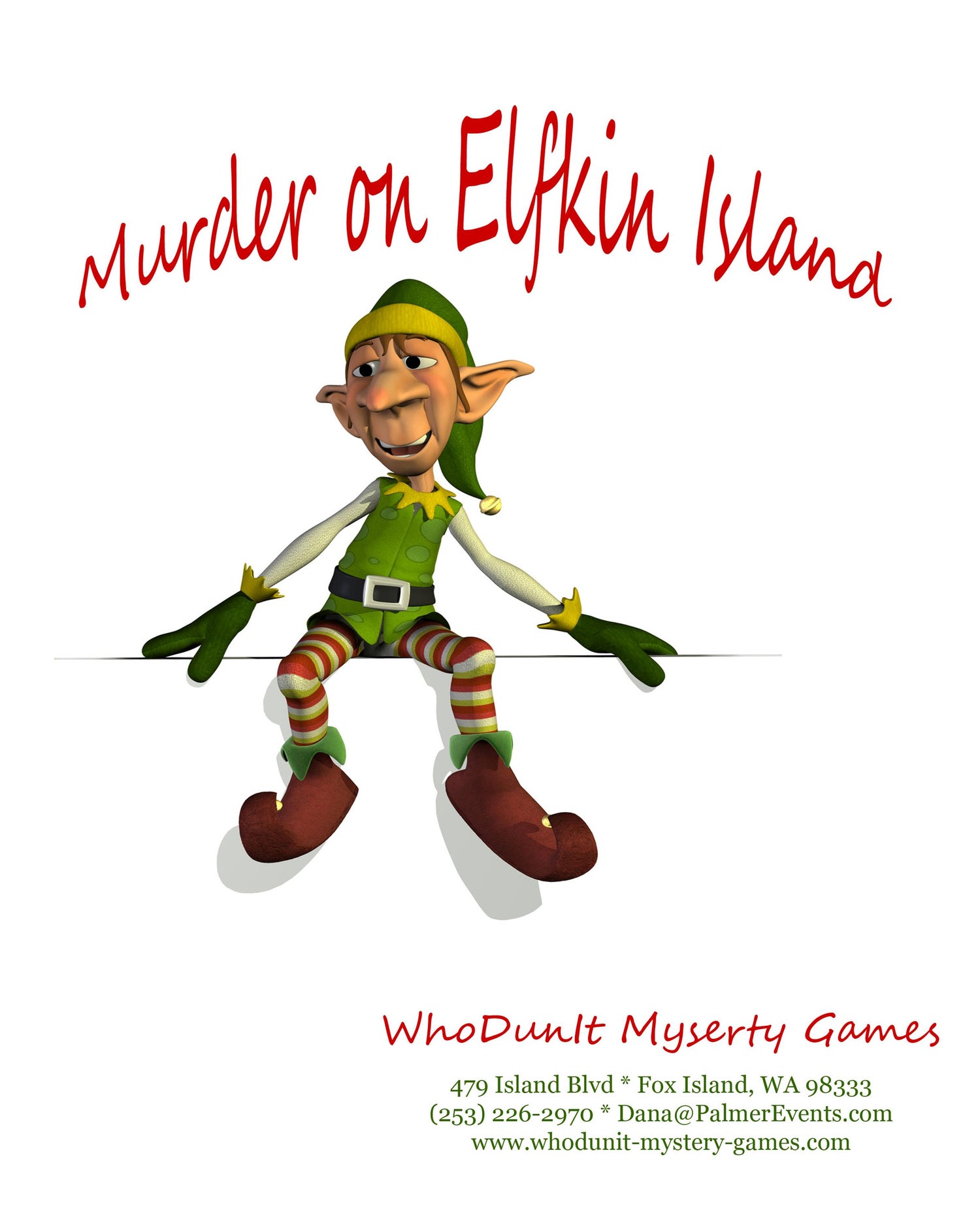 There are four Elf Tribes that meet together as a Federation. After a week of elections for Grand Pooba and Commissioners, one of the Elf's is murdered. You must study the motives, clues and suspicious behavior of each character to solve the mystery.

One might think this Christmas murder mystery party game can only be played around Christmas, but not true. One of the four Elf Tribes is of course the Christmas Elf's, but there are also the Shoemaker Elf's, the House Elf's and the Keebler Elf's. So this game can be played during all seasons.

The plot is of average complication, not too hard to solve, but it does make you think!

Ages: This murder mystery was written for players twelve years of age and above. You can trust that there are not inappropriate scenarios that would make you uncomfortable to play with youth. There is mention of an illegal form of chocolate and one of the characters does get killed, so that might make this game rated PG if it were a movie.

Recommended Number of Players: You will need 17 players for this game. There are 10 male parts and 7 female parts. One of the 17 characters is also the Host and knows everything about the mystery. If the Host did not want to play a part at all, but simply make sure the evening was running smoothly, then 18 total people could be involved.