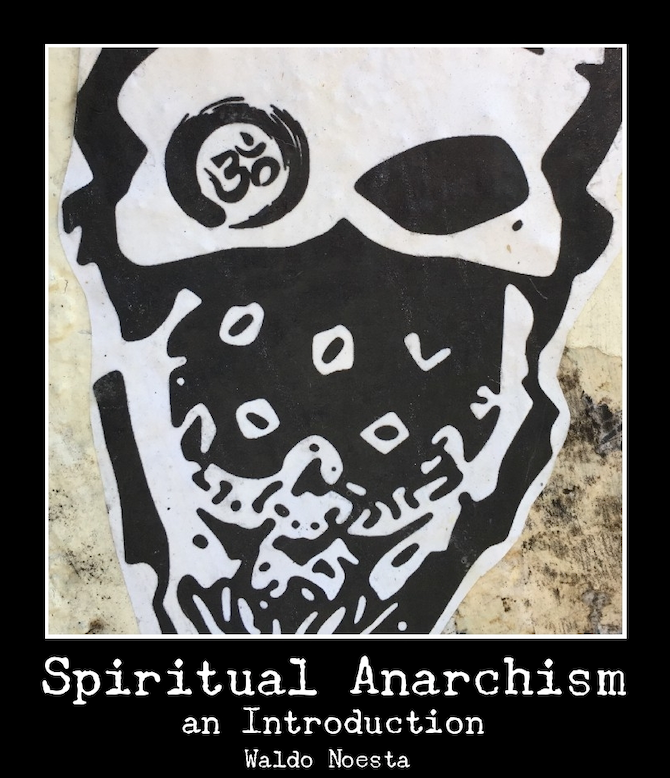 "Now, finally, I am my own soul's emperor: and my first act is abdication."

Anarchists in the United States became a target of the Trump regime as it made its farcical slide down the slope toward autocracy in 2020, with manufactured footage of "anarchy" at protests the scare tactic de jour for the right-wing voter base. But none of it had anything to do with the political philosophy of anarchism, which is based on self-ownership, individual responsibility, mutual aid and strong community organization.

There is also an element of anarchism that is inwardly focused, and based on the contemplative process of deposing the false "head of state," the ego, and empowering the true self. It is this lesser-known but equally important dimension that gives anarchism the lift under its political wings, and creates any chance that it has to change hearts and build human-scale momentum toward a free, classless society.

In this short but dense treatise on the spiritual side of anarchism, Noesta draws upon his own experience and aligns it with role models and influences like Ammon Hennacy, Dorothy Day and the Catholic Worker Movement, unprogrammed Quakerism, Martin Luther King Jr., Henry David Thoreau, Leo Tolstoy, and yes, even Jesus of Nazareth (not likely the parts you will hear about in most churches though). The result is a completely new perspective on a timely topic.