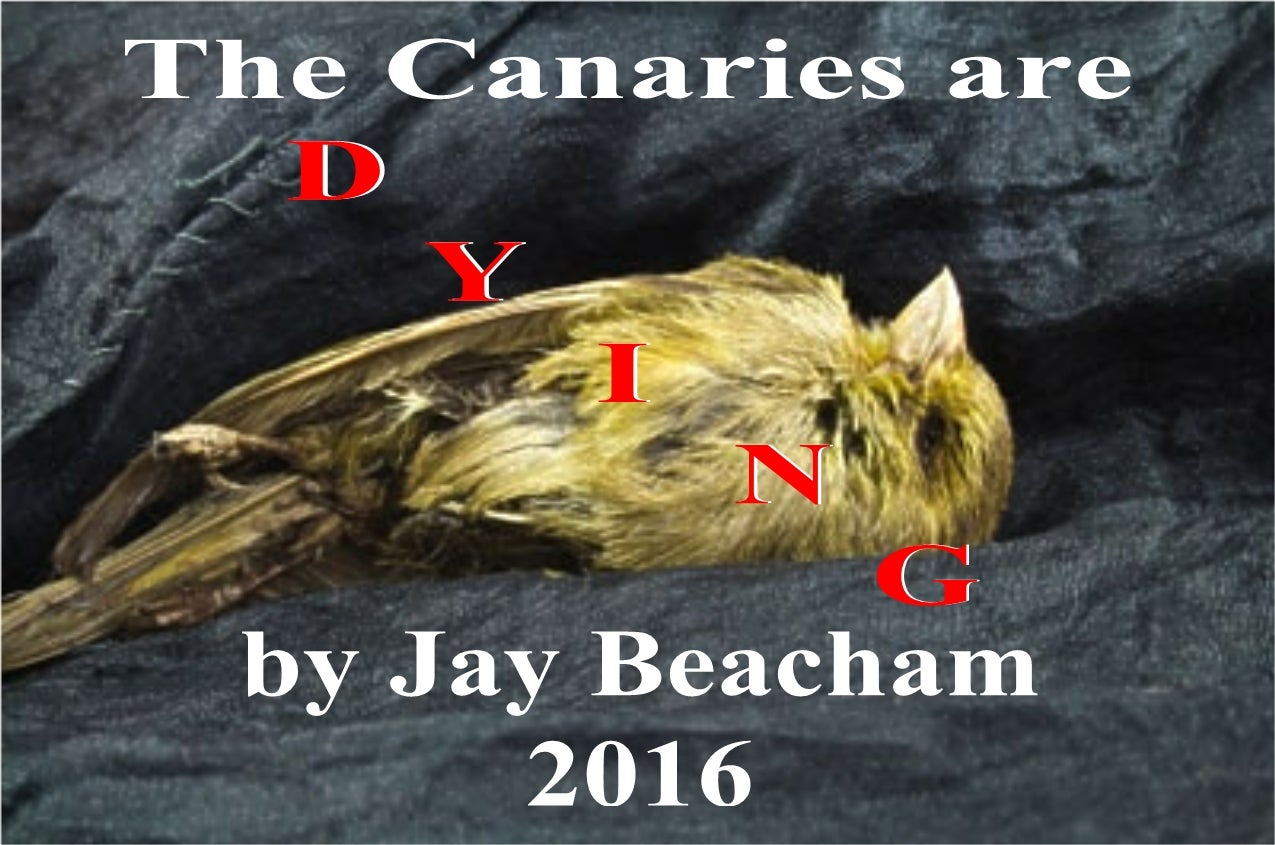 The Lost Canaries are dying book

Thanks for looking.
Would you like to be paid to unlock the meaning of these pages?

The Lost Canaries Are Dying Book is about chemicals in the world that have and are causing illness and death to the weaker of the world's inhabitants and gives some direction as how to avoid these ill results.

As the canaries in mines once warned of dangerous gases, so the ill and dying among us should be warning us of the dangers we face.

During the final editing the saved changes were computerized into this temporary file of 131 pages.

Lot's of great information and internet links to more (videos, essays, and the like), and thousands of hours

of time was turned into a language that no one seems to be able to translate back into English.

The lost pages are all here.

My challenge to the world, is to unlock the code and read the book, if someone can.

(A portion of the above was saved in English and will appear in a later edtition.)