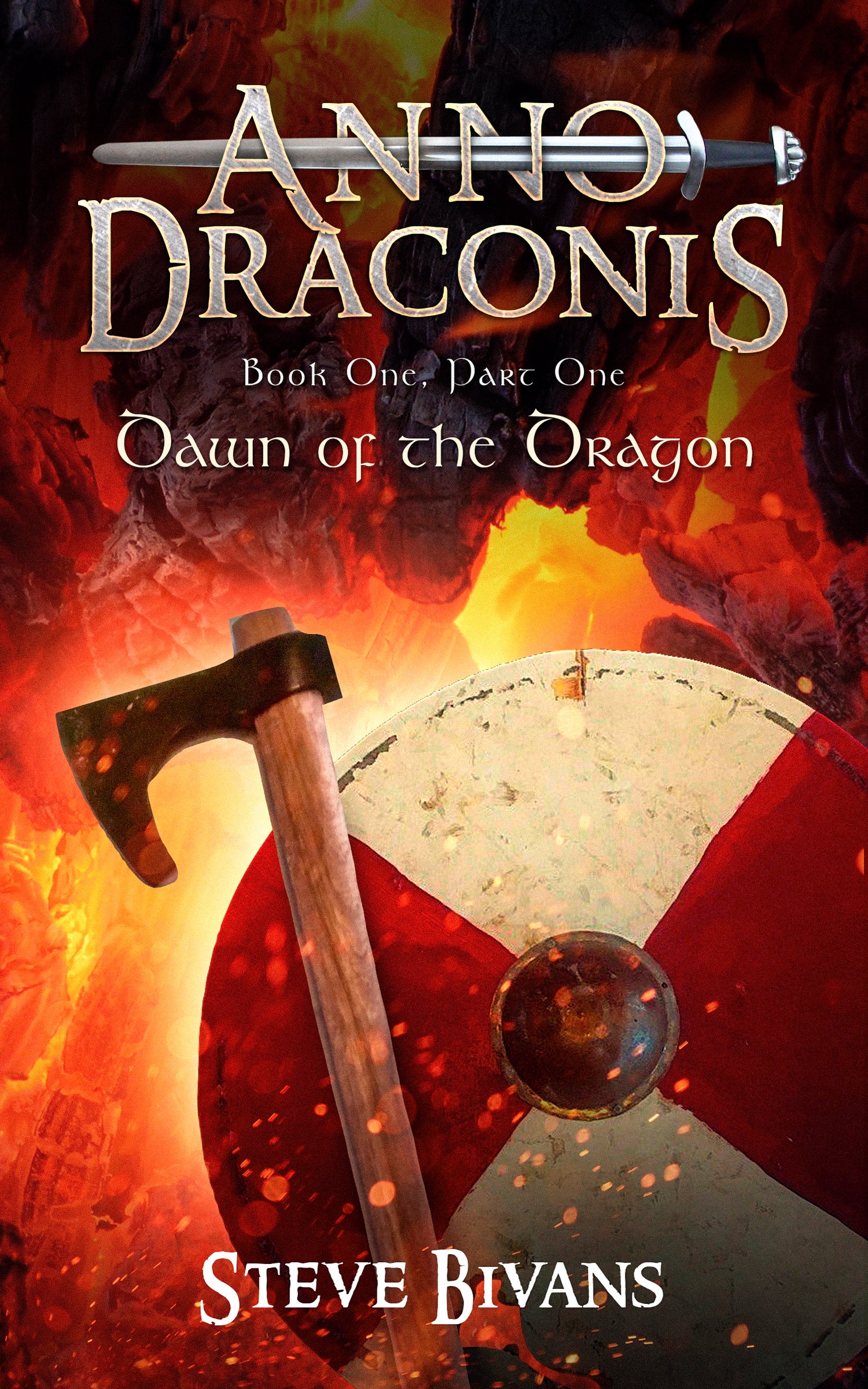 Anno Draconis: The Viking Saga of Sigurd-Litt Ormr: Part One: Dawn of the Dragon (Liber Draconis (Book of the Dragon) 1)

‘Wine saves lives,” Sigurd said with a grin, “Other men’s lives.”
“Ja! It does!” Olaf boomed, “Pass that pitcher back down here! Let us save the lives of a thousand men!”


From the Viking scholar & author of the best-selling non-fiction book, Vikings, War and the Fall of the Carolingians, comes the sweeping epic saga of Sigurd, Litt Ormr (little dragon), a young man driven from his homeland on a quest for revenge and justice.

Destiny propels him. Doom awaits him. Mystery hounds him

A saga of murder and war, revenge and redemption, fear and compassion, faithfulness and treachery. A world where magic slumbers in words and in the bones of the earth. Where dreams and reality are forged in the fires of War.

Anno Draconis, Book One, Part One of the series, Liber Draconis, is an historical fiction novel set in 885 A.D., in medieval France amidst the crumbling remains of the Frankish Empire, where the flaccid descendants of Charlemagne squabble over table scraps, while pagan Northmen ravage the land and its people with sword, axe, and torch: pillaging a path toward the towers of Paris.

Anchored in the real history, brought to life with elements of magical realism, horror, suspense and mystery, a story of intense emotions and sweeping conflict, seeking to solve the timeless mystery: Who, or What, is the Dragon?

If you believe in the magic of language,
If you are certain evil walks the Earth,
If you seek dragons among us,
You want this book!
Plus, Vikings

From Kitty West (a very biased friend)...My plan was to read a few chapters of Anno Draconis then get to bed. But I couldn't stop reading! I finished it this morning just as the sun began to rise.
Yes. It's THAT good!
I'm already personally involved with the book's characters ~ I love the many personalities...like real life, a little good and bad in all of us. It engaged my entire focus from the first sentence ~ I kept thinking I'd put it down as soon as the chapter ended~ hahaha... then I was at the last page, longing for another chapter.
The only thing I really hated about Anno Draconis was that I ran out of pages to read when the book ended! Steve Bivans THIS is SPECTACULAR ! I have no intention of being one of those kind of people who try to rush a brilliant artist ~ but... when do you think Part Two will be out ?

From the Author
If you're brave enough to begin, hang on to your shields my friends, because it's gonna be a long and exciting journey!

I have no intention of ever finishing this series: Liber Draconis (Book of the Dragon). Not that I won't write more! It's just that I know I will never run out of directions to go. Characters may come in and out and the places and times shift and change, but the story never truly 'end.'
I fully expect to die, some day 50 years from now, with my pen in hand working on yet another tome. Part Two- Anno Draconis: Reign of Wolves should be out in 2022, and I have already begun on Part Three- Anno Draconis: City of Light, Kingdom of Serpents. The concept of this tale allows me to explore without limits, so I won't get bored, and I'm sure you will not, either.

If you're a stickler for accurate history, you're in the right place. But when I say accurate, I mean I won't break the bones of history, to create the flesh of fiction. But I do allow the fiction to wander where it will. I will not alter historical fact, but I do believe in magic. Not the flashy, wands and wizards stuff. Real magic, deep down in the bones of the earth, in the words we use to create the world. And my stories are full of real magic. At least I hope they are. But I reckon that's up to you to decide! --Steve Bivans