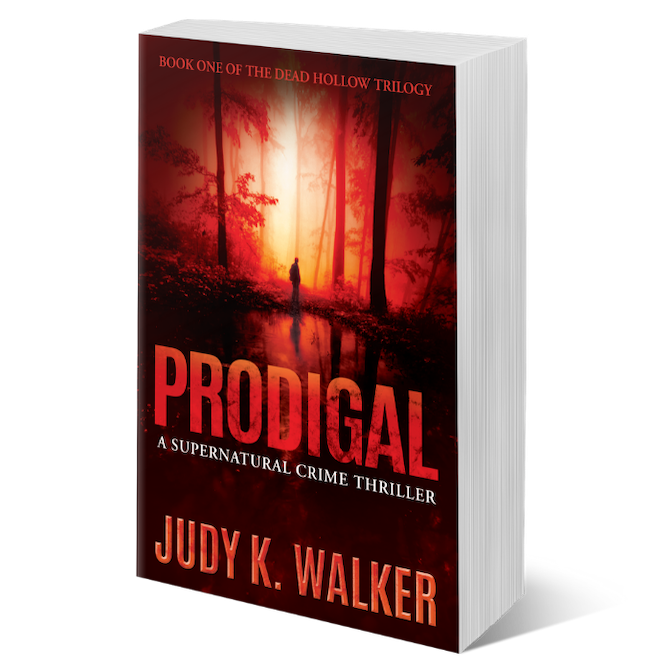 It’s happening again. And either Adam’s crazy, or he’s a kidnapped child’s only hope.

Drifter Adam Rutledge is haunted by his childhood, by how helpless he felt when his best friend was abducted and how terrifying it was to see the boy’s fate in his nightmares.

Twenty years later Adam is shaken by a vivid dream, one powerful enough to send him back to Cold Springs. But his Appalachian hometown never lost its mistrust of the orphaned boy who drew heartache like a lightning rod. Especially now that another child has been taken.

To find the missing girl, Adam must dig deep and solve the riddle of his own tragic past. When his efforts unleash visions he’s spent decades burying, his sanity stretches to the breaking point. And all the while, a man is watching and waiting in the shadows.

A madman who means to kill him.

Prodigal is the first book in the Dead Hollow psychological suspense trilogy. If you like crime thrillers with authentic characters and a dash of paranormal, then you’ll love this haunting series.

Buy Prodigal to unlock the mysteries of Dead Hollow today!

Download includes a mobi file for Kindle and an epub file for other readers.