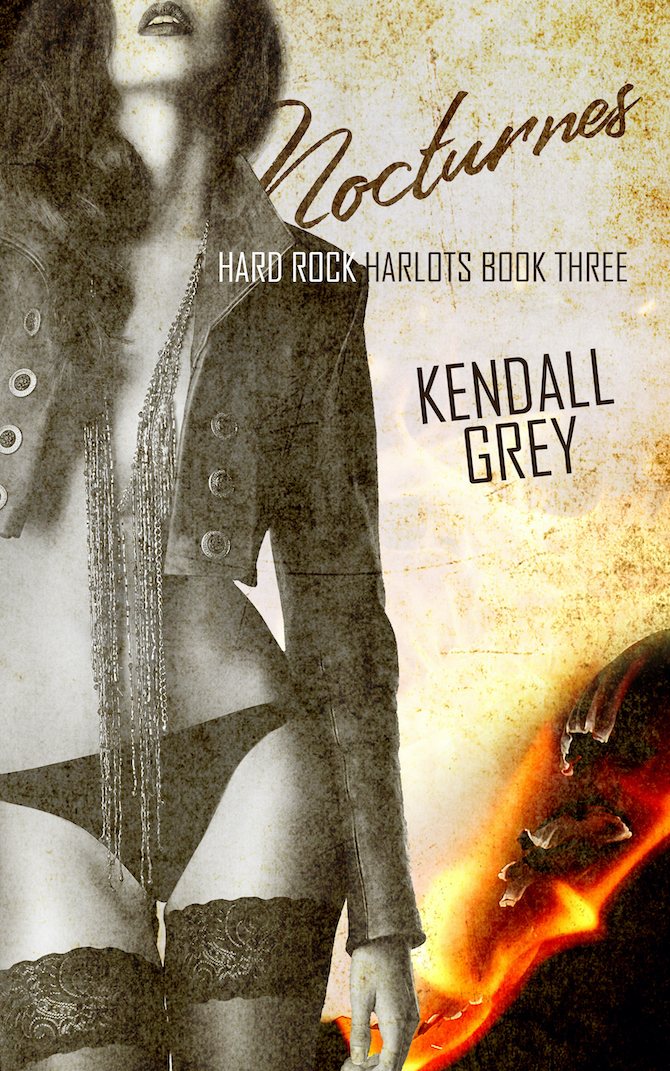 NOCTURNES contains 511 F-bombs, 81 well-endowed male chickens, 65 girl kitties, 58 Richard the Lessers, 10 C-U-Next-Tuesdays, and a plethora of other colorful words and phrases that would deafen your virginal mother’s ears and make her bust out her “Shame on you!” finger. If you’ve been tuned in since the beginning of the Hard Rock Harlots series, you know the drill. The sex is extreme, the language is graphic, and the story is over the top. Prudes and under 18s need not apply.

WARNING: NOCTURNES addresses serious topics such as alcoholism, prostitution, and cheating. If you’re looking for a barrel of laughs or sunshine and rainbows, this is NOT the book for you.

Rax Wrathbone is the dirty rock star you love to hate. The filthy fantasy slithering through your bed sheets. The serpent in your lady garden. The snake bite in your panties that keeps you sweating all night. He. Is. Sex.

And he’s no good. For anyone.

After a nasty breakup with his best friend and their band’s drummer, Rax is flying solo for the first time in years. Who needs the drama of commitment when the line for your humping booth spans three city blocks? No, groupies and liquor are far finer company than relationships, and they don’t leave bruises after they’ve had their way with you. At least not lasting ones.

Rax’s new adventures as an alcoholic, guitar-slashing one-man show are going along swimmingly until the only woman who’s ever brought him to his knees shimmies down a pole back into his life. Eve doesn’t abide excessive drinking, she has sex with strangers for a living, and she can’t remember Rax’s name to save her life.

She’s perfect in every way.

Now, if he could just get sober long enough to forget his past and convince Eve he’s worthy of her future …