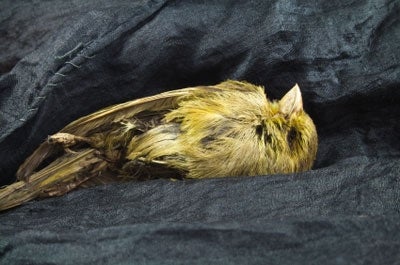 On Sale
$10.00
$10.00
Added to cart
The Canaries Are Dying
Update 1
Thank you for looking at this book.
Do you feel sick all the time?
What is causing it?
This book can tell you some things to consider while you're trying to feel better.

I once read the following in a book:
Better than silver, better than gold, better than wealth a thousand fold, is a
healthful body, a mind at ease, and simple pleasures that always please.
I had an online association with a man on an online karaoke site who lived in
Australia. He listened and commented about my song recordings and I listened
and commented about his.
One recording of mine was "If I Were A Rich Man".
In part, his comment about it was: "Funny I Am A Rich Man".
He loved to sing and could do things to promote his singing that I could only dream of.
But while still in his mid 50s, he wasn't healthy and eventually died sooner than
most from it.
His wealth couldn't restore his lost health.
Money alone can never restore one's health.
Still many in the world spend their youth and health to acquire wealth and then sadly learn that that money won't restore their youth or health.
When I was young and snow had freshly fallen, my mother would get some of the clean fresh snow and pour milk over it and add sweetening or cinnamon to it to make us a tasty snow treat.
Later, because of open air nuclear testing in Nevada to the west of us, it wasn't safe to use the snow and she didn't do it any longer.
Also when I was a boy and went down to the river and upstream to explore, I and those with me would not take any water with us. No need to because the stream had plenty of water and we had learned that after the water ran a few miles in the sunshine over little rapids that it would be purified.
One can't do that now because of the man made chemicals from upstream that enter the water. Running over rapids in the sun won't take those chemicals out.
Life is very different these days.
I raise my crops without application of pesticides or herbcides but can't call my produce organic because I use irrigation water that comes from the river and there are many upstream users of those harmful chemicals and those chemicals leach into the river water.
And making snow cones from fresh snow is just as deadly, because of all the jet fuel, and chemical dumping in the skies that fall to earth and contaminate the snow, water and soil.
I can farm without applying chemicals but the winds, rain, snow, river water are all full of many harmful chemicals that don't go away quickly or easily.
Is there any way to mitigate these harmful things?
Maybe not but there are many things we can do to eliminate harmful substances from our lives so that we can reduce the harmful effects to ourselves and our loved ones.
This book explores some of the harmful things and some ways to decrease harmful exposure.

Do you feel sick all the time?
Wonder why John died so young?
Why Dan is always sick?
Wonder why Mary never goes to events, church, stores?
The canaries used in mines years ago to detect poison gases would die, telling the miners that they must get fresh air or die too.
There are people who have become those canaries.  Their illnesses and untimely deaths are a warning to the modern world of poisons that will harm us unless we get to fresh air.
Are you willing to learn about some of those poisons?
This is 40 pages of blog entries at jaybeacham.com on
the subject since 2012.
It includes Ben Arnold's book description with his secret to health,
an explanation of the weed killer "roundup" and related chemicals,
what can happen to people and animals when harsh chemical are
used, and some resources people can turn to (books available at
Amazon). and some people's personal experiences.
The Author
3/25/2020

Read the larger book at:
https://payhip.com/b/uq4J
You will get a RTF (14MB) file