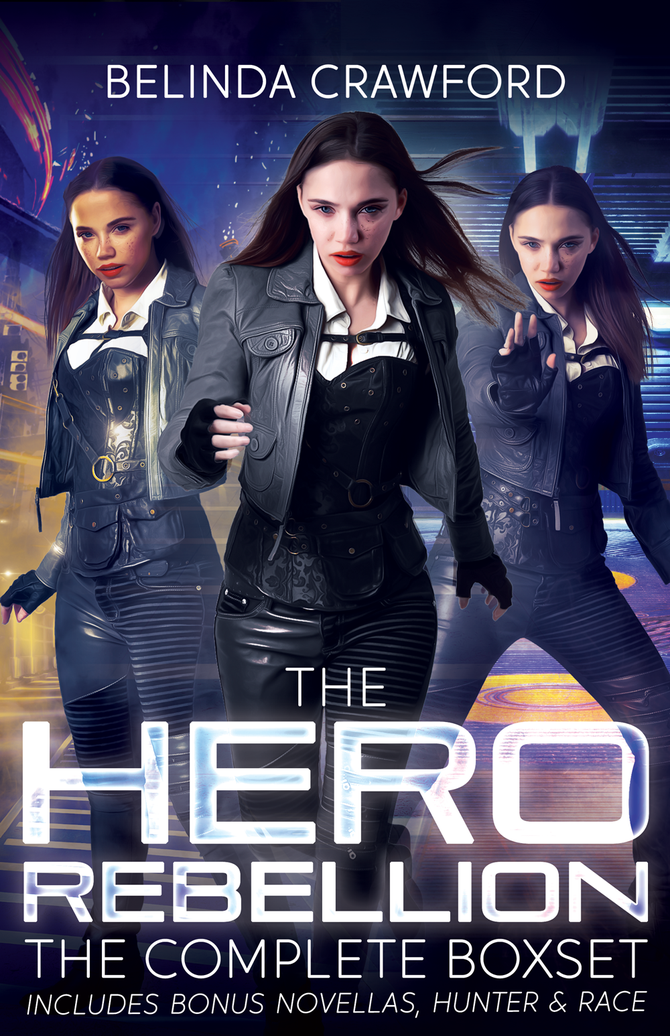 By Belinda Crawford, Author
“Grab this one.”
—Dawn, Goodreads.com

This boxset contains the full Hero Rebellion trilogy PLUS the novellas Hunter and Race.

Centuries ago, humans colonised Jørn, a lonely planet on the far side of the galaxy, only to discover that the planet was killing them. The culprit, a native spore, carried on every wind to every corner of the globe.

Blending Earth and Jørn DNA saved their crops and livestock, but for humans there was no cure. Instead they took to the skies, turning their colony ships into floating cities that hovered out of the spore’s reach.

Hero Regan is a freak; she hears voices, the kind only she can hear. Force medicated and isolated, her only solace is Fink, a six-hundred-kilogram, genetically engineered ruc-pard. They share lives, thoughts, triple-chocolate marshmallow ice-cream and the burning desire for freedom.

Their chance comes when Hero is allowed to attend an academy in Cumulus City, but in this super city nothing is as it seems. As Hero is drawn into an ancient conspiracy where two secret societies will stop at nothing to control human evolution, she must decide how much she’s willing to risk to gain her freedom.

Buy The Hero Rebellion boxset and join the adventure today!