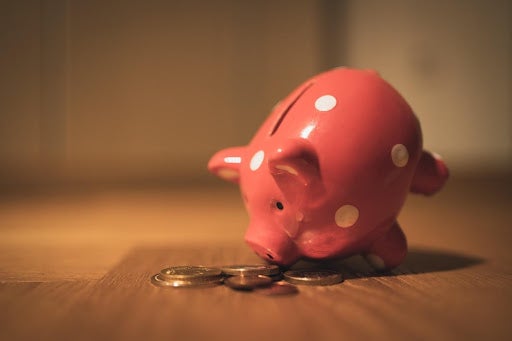 On Sale
$2.00
$2.00
Seller is unable to receive payments since their PayPal or Stripe account has not yet been connected.
For most individuals, retirement is a frightening idea; as humans, we need meaning, and having a job gives us that. Although the lack of money, rather than a loss of purpose, is the leading cause of stress in retirement. It may be difficult to save enough money to last the 20+ years you may live after retirement, particularly if you're a contractor.

The significance of working retirement plans isn't lost on the typical contractor, who doesn't have the same support from his or her company as the bulk of working Americans. Independent contractors, unlike their hired colleagues, are often obliged to create their methods to save for retirement, which they frequently do via solo 401k accounts. This may be difficult without the help of an in-house HR professional.

Here's how the advantages of a solo 401k stack up against the other retirement options accessible to freelancers.

Independent Contractor Retirement Plans
Unlike employee retirement plans, there are only four retirement plans available to independent contractors. Solo 401k plans, Simplified Employee Pension (SEP) IRAs, Simple IRAs, and Keogh Plans are the four options. Some are more appropriate than others, depending on how much money you make and how much work you want to spend on putting them up. The first three plans, rather than the complex Keogh plan, will be considered for the typical independent contractor or self-employed individual.

401(k) Plan for Individuals
These plans, officially known as a one-participant 401k, are for sole owners with no workers other than a spouse who works for the company. Solo 401k plans are similar to traditional 401k plans used by most workers, with the exception that you may contribute as both an employee and an employer.

This plan has a significantly larger contribution maximum than other comparable plans, at $58,000 for individuals under 50 and $64,000 for those over 50. If you have a spouse who works for you, they may contribute up to the same amount, which you can match. This is one of the main Solo 401k advantages that set it apart from other retirement plans.

The complexity of setting up a Solo 401k and the limitations on what investments may be made inside the plan are two frequent concerns. Because these plans must be set up with a financial institution, the person simply has to do little research to discover trustworthy companies that provide low-cost plans with a lot of flexibility.

SEP IRA (Self-Employed Individual Retirement Account
This is a spin-off of the conventional IRA, and it's one of the most straightforward retirement accounts to set up and manage, making it ideal for single entrepreneurs. It also accommodates one or more employees, making it more appropriate if you want to hire workers in the future. Unlike the Solo 401k, the SEP-IRA can only be funded by the employer.

Contributions are restricted to a maximum of $58,000 in 2021 and are capped at 25% of your net profits, which is defined as your yearly profit less than half of your self-employment taxes. A SEP IRA is considerably simpler to set up than a Solo 401k, and it may be done online via a variety of brokerages.

When compared to the advantages of a Solo 401k, it's a compelling choice, but since contributions are dependent on a percentage of your earnings, you'll need to earn more to take advantage of the higher contribution limit.

IRA (individual retirement account)
With lower contribution limits, the Simple IRA follows the same investing, distribution, and rollover regulations as the conventional or SEP IRA. Unlike other plans, you may contribute all of your self-employment earnings up to a limit of $13,500 in 2021, plus an extra $3,000 if you're 50 or older.

Employees and employers may contribute in the same yearly amounts, however, employers must pay dollar for dollar up to 3% of each participating employee's annual salary to the plan each year. Otherwise, regardless of whether or not a qualified employee contributes, you must pay a set 2% contribution to their salary. Early withdrawal penalties of up to 25% in the first two years are common with this plan, so you should be very certain you're going to stick with it in the long term.


Setting up a Simple IRA is comparable to setting up a SEP IRA, with the exception that Financial Institutions may charge administration and participation fees, and the paperwork to put it up is regarded more complex than a SEP IRA.
You will get a JPG (22KB) file