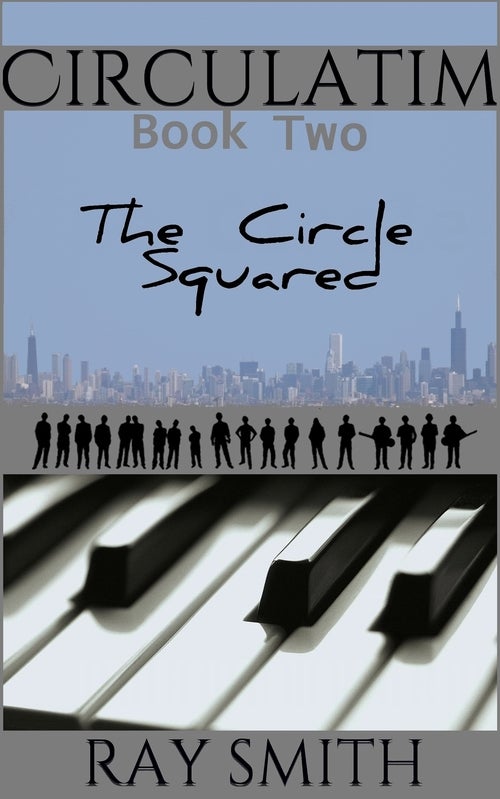 Review by Neil:
As the story of Alex and his circle continues through the second book in the series, more themes begin to weave their way into it. The spiritual motif develops, raising the question of whether Alex‘s dream-like experiences might actually be real. The trauma of his experience leads to a recurring nightmare that forms part of what might now be called 'post-traumatic stress disorder‘ and leads to paranoid thinking and chaotic emotions, as if coming to terms with his now acknowledged sexual orientation and new relationships was not enough in itself.
Life for Alex becomes ever more complex. Misunderstandings and misinterpretations proliferate. Why can‘t things just go on being as simple as they were? Why does everything have to change?
'Things fall apart; the center cannot hold' is a line from W.B.Yeats's cryptic poem 'The Second Coming', and might well apply to 'The Circle Squared' as well: Alex deteriorates physically and emotionally, and even the Circle, the group that holds the characters together, appears to come to an end. Yet in the end of the Yeats poem some mysterious new birth emerges from the chaos: 'And what rough beast, its hour come round at last, / Slouches towards Bethlehem to be born?'
So too for Alex. He discovers in himself a 'rough beast' - anger that he begins to find he can relate to and use positively. Related to this discovery is a new voice, a deeper, rougher voice, an adult voice, which at first he hates, but gradually discovers that he can use to sing the Styx tracks that have come to mean so much in his life. He finds that poking his 'rough beast' with a stick (or Styx) provides him with a creative means of expression of his otherwise incoherent feelings.
Ray Smith's complex writing doesn't abandon the story to this rather obvious developmental process of course; he weaves into it a thousand subtle references to parallel existences, former lives, suggested relationships, past memories, allusions to coincidences; a book of Sherlock Holmes stories has a literal place in the story, as well as providing a symbolic pointer to the fact that there are clues within the story that the watchful reader may pick up and gain understanding from.
If this all makes the book out to be profound, hard work, and all too dreadfully serious, then I must correct that impression. It is an un-putdownable breathtaking and moving teenage odyssey through school life (though it is also profound), and it is always a good laugh (though it is serious), and if the reader gives in to the temptation to read it through a second time, there are yet more riches to  be discovered, and the hard work is amply rewarded!
You will get a MOBI (2MB) file