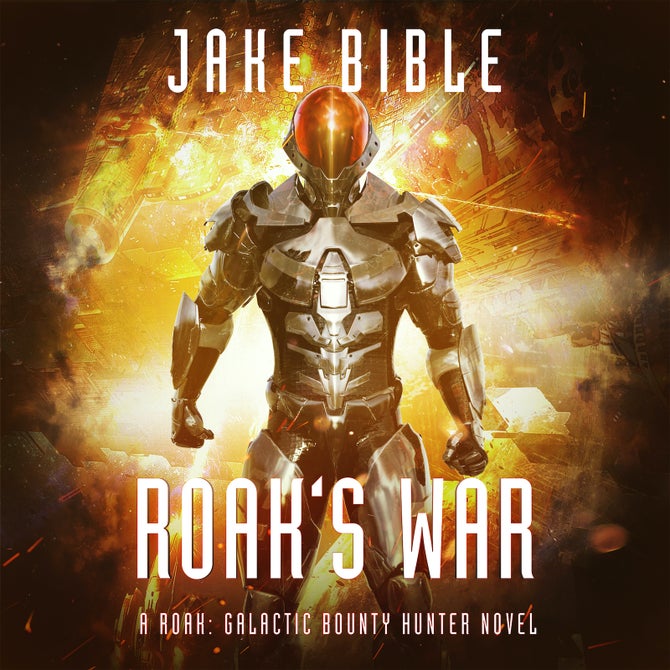 By Jake Bible Fiction
A bombshell dropped. A war on the horizon. The entire universe in peril.

And Roak is pretty much done with it all.

Except he doesn't get to be done. He has one more hunt left. A hunt to find and finally kill Father.

If Roak survives the galactic war he's about to start.

Calling on every alliance and tenuous relationship he has, Roak has to scrape together enough forces to take on a galaxy's worth of warships.

He doesn't have an Eight Million Gods damn chance in all the Hells, but that's never stopped Roak before!