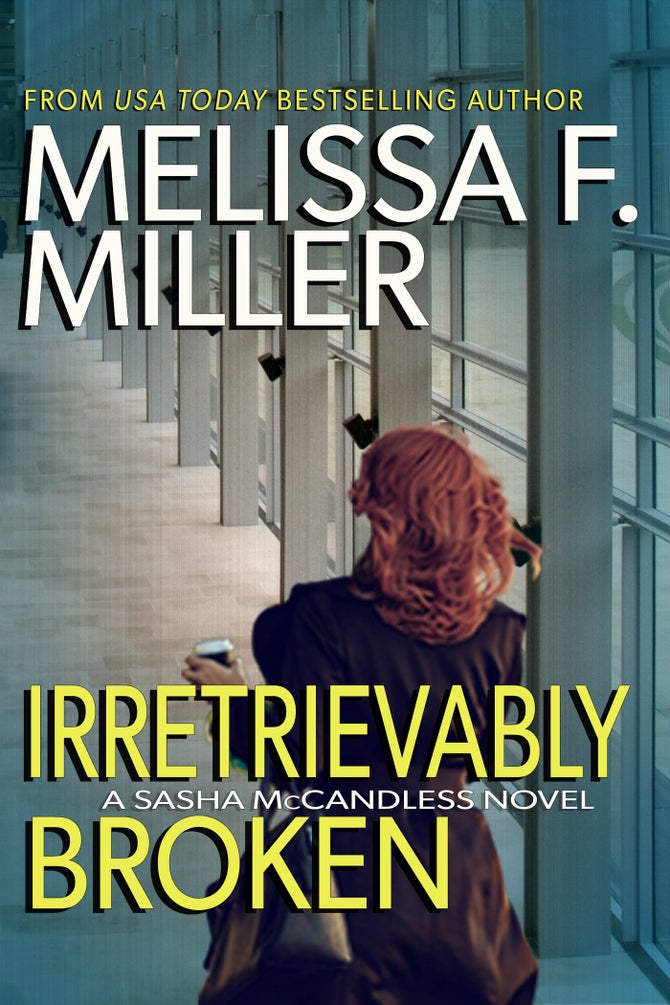 Attorney Sasha McCandless is back in Irretrievably Broken!

The venerable law firm of Prescott & Talbott is reeling from the murder of partner Ellen Mortenson -- purportedly at the hands of her estranged husband -- when a photograph of the dead woman arrives, her face Xed out and "ONE DOWN" scrawled across the bottom. Within days, a second partner is murdered, her husband also accused.

Sasha doesn't practice criminal defense, so she’s suspicious when her former firm asks her to represent Ellen’s husband. Owing Prescott a favor, she takes the case and soon finds herself representing not one, but both, of the so-called Lady Lawyer Killers. The long hours jeopardize her relationship with Leo Connelly when he needs her most.

That’s the least of Sasha’s troubles, though, because what she doesn’t know is that the real killer is waging a vendetta for a past case gone wrong. And there's one more lawyer on his list.