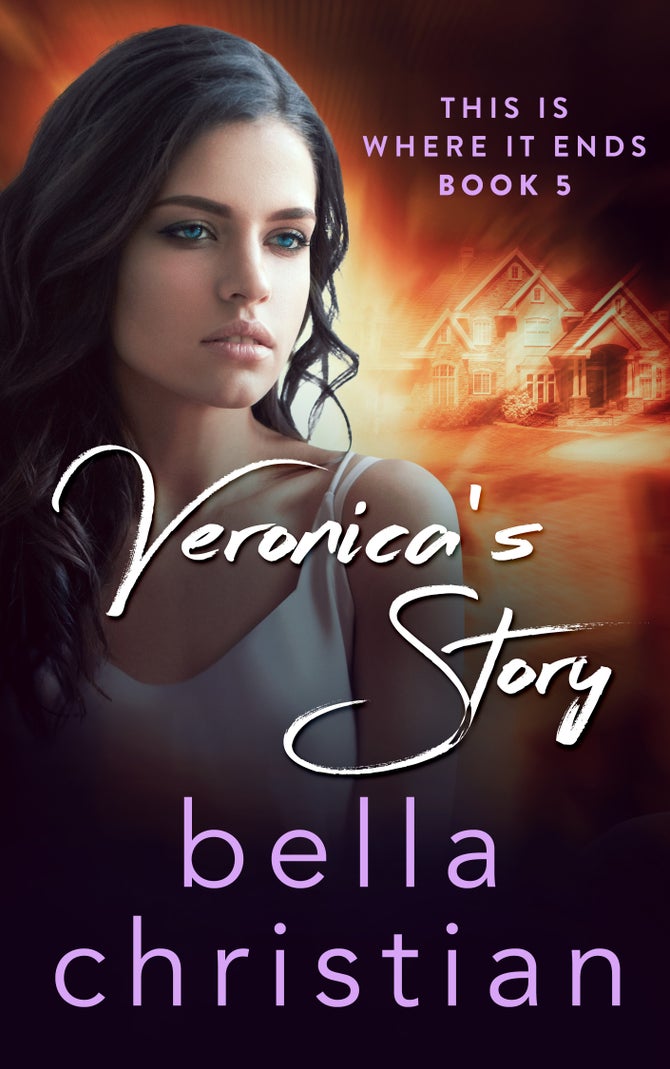 By Chris Taylor
The fifth book and final instalment in Bella Christian’s compelling new series, This is Where it Ends…

On the surface, fourteen-year-old Veronica Blackwood has it all. She’s the only child of Wheeler’s glamor couple. Her mother comes from old money. Her father is a hotshot lawyer. He’s also the mayor of Wheeler.

Smart, slim and beautiful, Veronica is the most popular girl at Wheeler High. All the other girls wish they could be her. The boys look at her with longing. She loves every second of the attention. In fact, she craves it. Somehow it helps to replace the lack of attention she receives at home…

And so what if she amuses herself at the expense of others? The occasional mean comment to a loser doesn’t make her a bully. Jessie Angel is weak. She ought to toughen up. It’s her own fault she’s become a frequent target.

Then Jessie Angel kills herself and Veronica is put into a spin. Not because she’s shocked by what Jessie has done, or even mourns the girl’s demise. No, it’s because all of a sudden the kids at Wheeler High are looking at her differently…many with accusation in their eyes.

It’s not her fault Jessie Angel shot herself in the head! It’s not fair to be blamed for the stupid girl’s death. Veronica might have teased and tormented Jessie every now and then, but that was just a bit of fun. How was she to know Jessie Angel had taken it all so seriously?

Honestly, the kids at Wheeler High need to wake up to themselves and lay the blame for Jessie’s death where it really lies… At Jessie Angel’s feet. As far as Veronica’s concerned, if Jessie was that weak, good riddance. Surely it’s only a matter of time before the rest of Wheeler High see that?