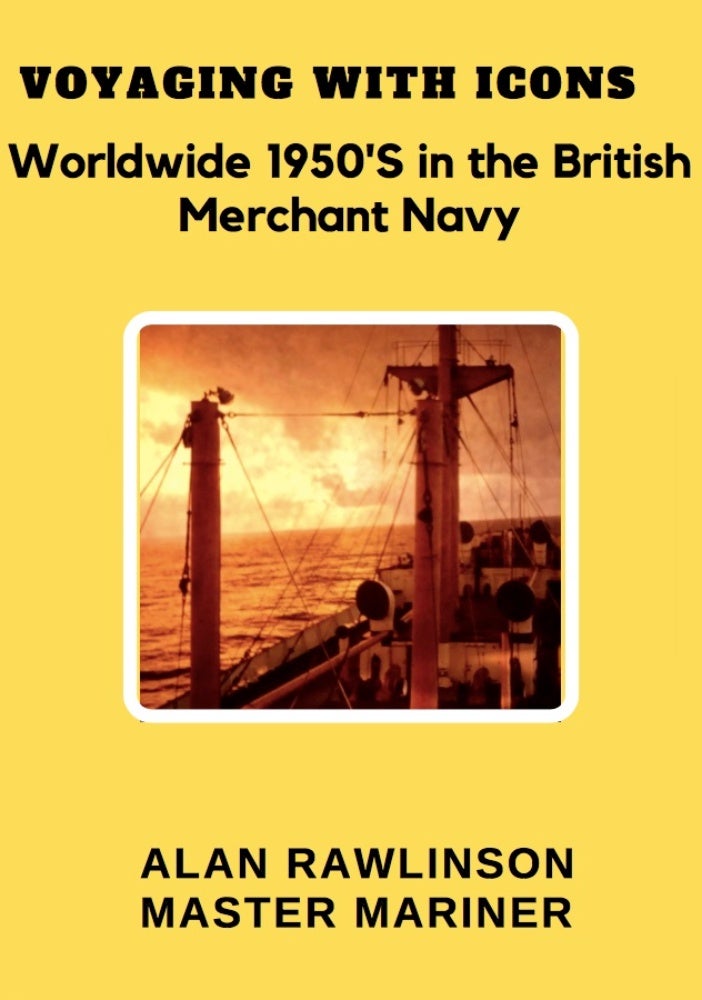 An account of life at sea in the 1950's travelling the world and visiting many cities and out of the way ports,   Events and adventures from a departed era.     Various eventful long voyages on tramp and Liner routes in one iconic company.  The final chapter is a short history of that company from a big fleet of sailing ships through to modern motor ships.     The author served as Apprentice and deck officer and describes life on the bridge travelling around the globe when navigation was traditional using the sextant and fixing the position by celestial navigation and dead reckoning. Radar was just coming in , and some ships  were streaming log lines and still sounding with a lead and wire reel, as the echo sounders were starting to be fitted.   Cargoes were breakbulk, i.e. loose, and time in port could be weeks or even months allowing extended shore time and for liasons to be formed.    A chapter deals with the idyllic meandering around the Pacific islands loading Copra (dried coconut) and the risks leading to the loss of several fine vessels on the reefs.   It was an era now gone, but fondly remembered by an aging group of ex seafarers!