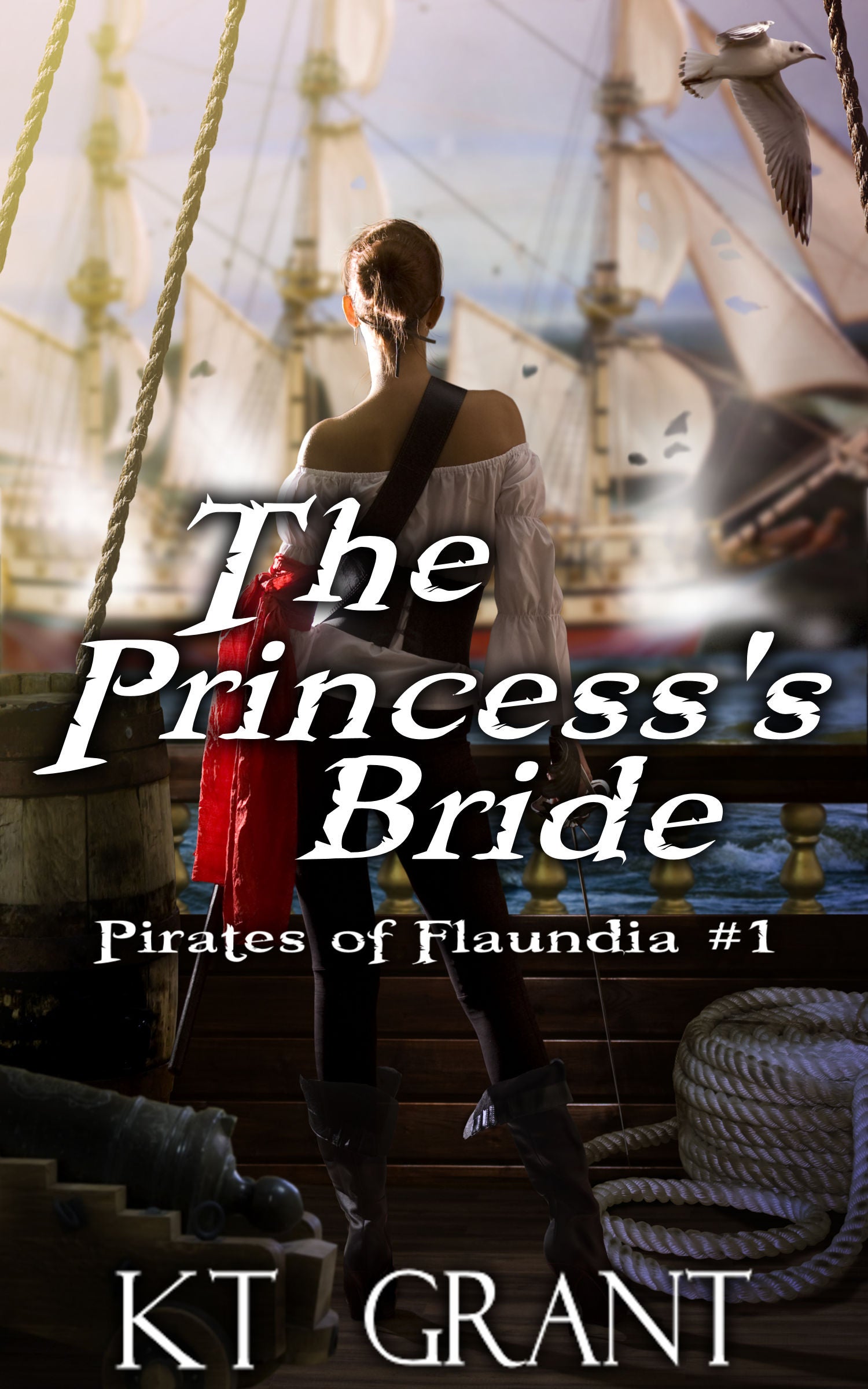 The Princess's Bride (Pirates of Flaundia #1)

Daisy de Fleurre, an exiled princess from a faraway land, longs for true love. She almost experienced that at the tender age of eighteen, when she and her servant Chelsey engaged in a smoldering love affair one brief summer before they were separated forever. Eight years later, Daisy is engaged to a man who wants to offer her the world. But she still longs for the woman she has never forgotten.

The dastardly lady pirate C.W. Dread, lives for revenge against Lord Humphrey, the evil man who murdered her family. She lays plans to kidnap Humphrey’s fiancée, hold her for ransom, and introduce her to the delights of the flesh. Then her revenge will be complete! But Dread is in for a shock when her prisoner is a ghost from her past who she once adored deep down to her very core.

Lord Humphrey will stop at nothing to destroy Chelsey, and possess Daisy for his own nefarious means. Unaware of what awaits them on the open seas, the two former lovers realize their passion, although once forbidden, is as intense and turbulent as the ocean Chelsey calls home.

(Previously published in 2010, and revised and re-edited)