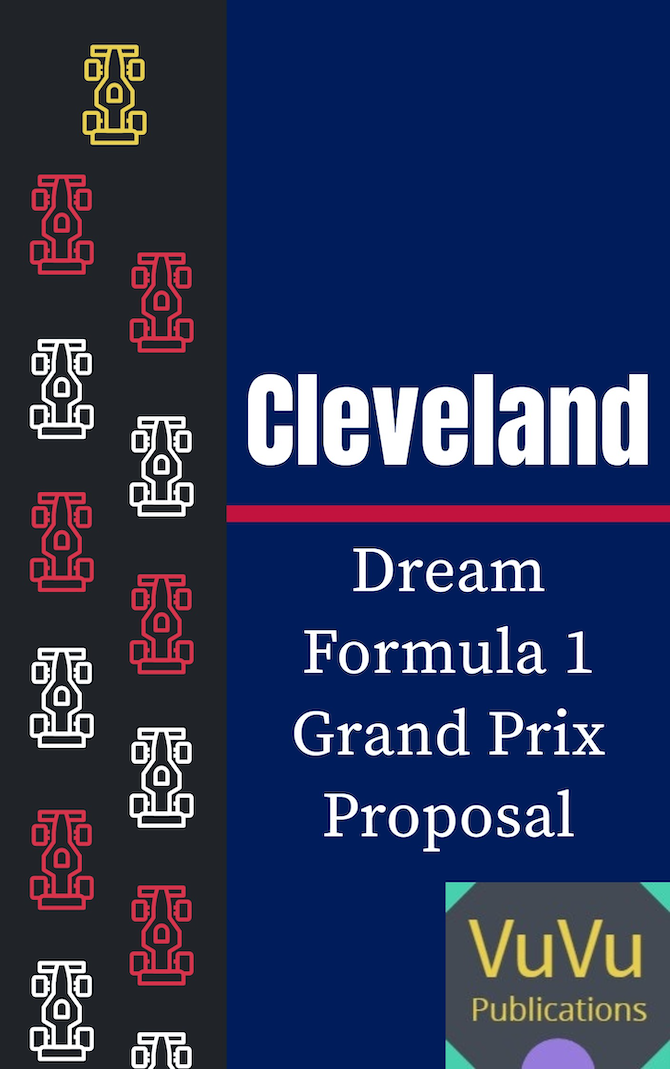 By VuVu Publications
This book has been made about the current FIA Formula 1 World Championship and expanding the current calendar, to fit a new Grand Prix in the major Ohio city of Cleveland, into the schedule. This book proposes every, known element of hosting a Formula 1 Grand Prix, for a race in Ohio and why both, the sport, and this major Ohio city, should want this event to become a reality in the near future.

Hopefully, this book gives the fans and anybody and everybody, involved in the sport of Formula 1 or with Cleveland, a reason to be excited about a Grand Prix in this American city.