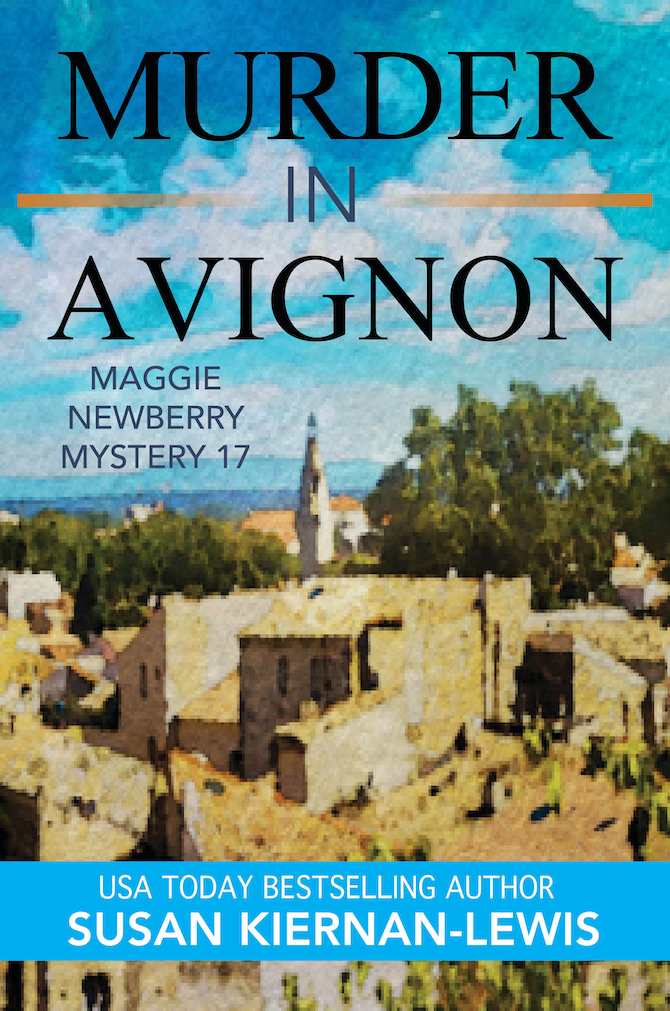 The French city of Avignon is known for many things: its Papal Palace, the annual summer theatre festival, its Medieval bridge of nursery rhyme fame…and now murder.

When a popular actress is killed during Avignon’s famous summer theater festival, all the evidence points to the police needing a fast resolution—regardless of the truth.

It will be up to Maggie to find the killer who wanted the city’s most popular actress dead—and BEFORE he turns his attention to her. As Maggie desperately scours this beautiful medieval city for clues to uncover the killer’s identity it soon becomes clear that failing will put her center stage with her most dangerous adversary yet—with the final curtain about to come crashing down on everything she holds dear.