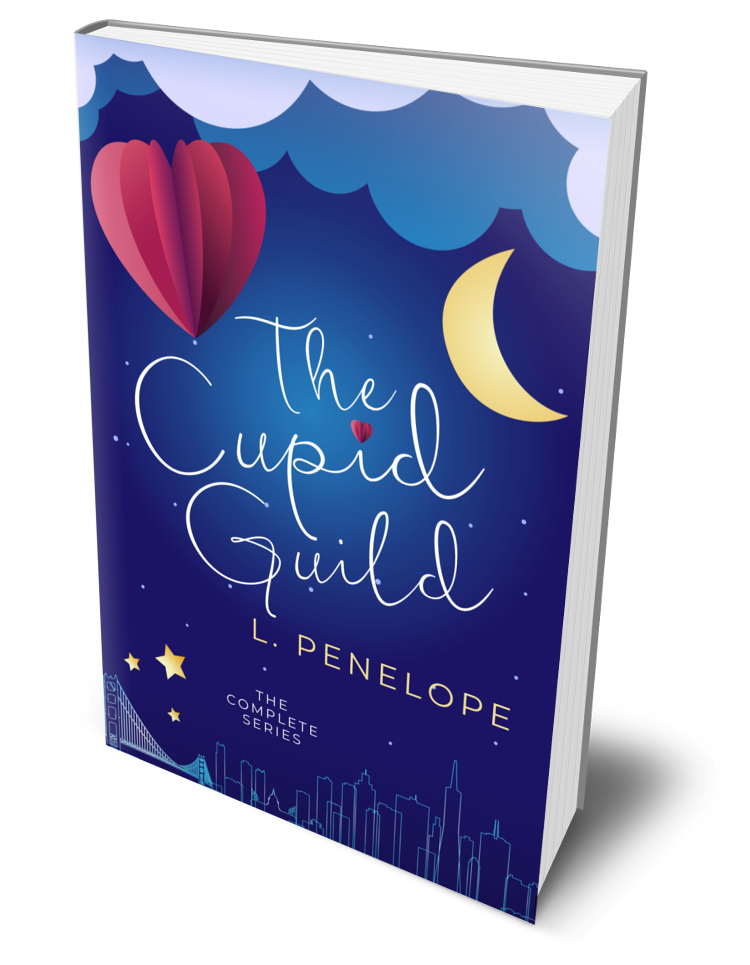 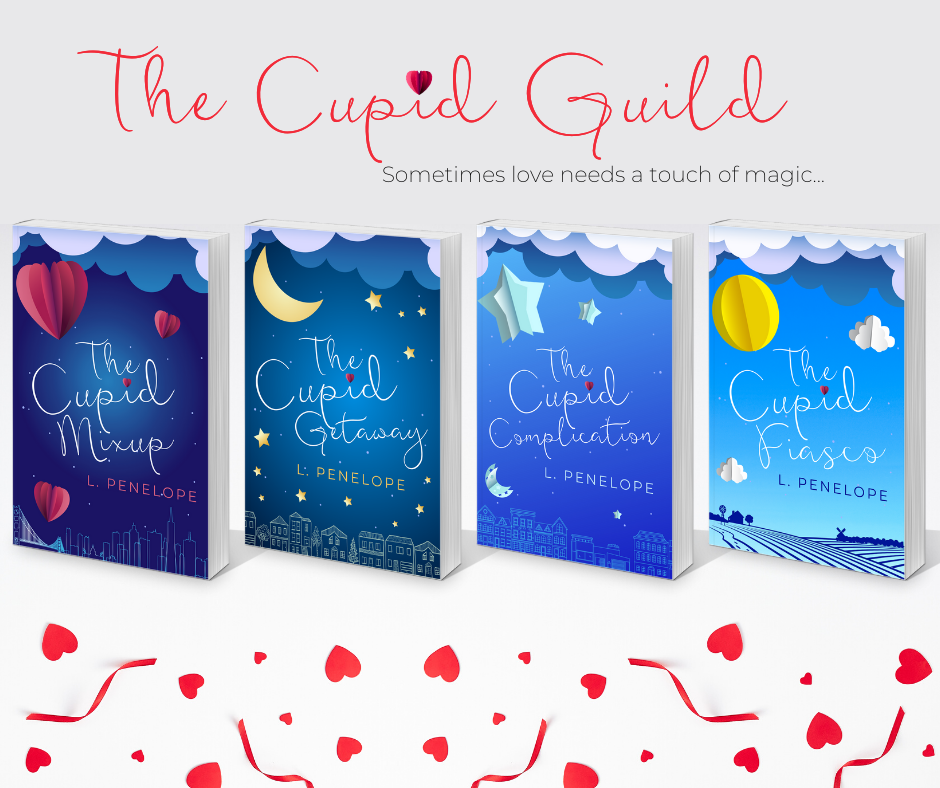 The Cupid Mixup
The Montagne hotel might as well have been a castle, and he might as well have been the prince. I met him in the bar late one night and it was obvious he was too much for me — too handsome, too charming, too rich. And while I could pretend I was a princess for a night, at the stroke of midnight, I ran away without giving him my name. I didn’t leave my shoe behind, but I might have just lost my heart.

Can the Cupid Guild help this modern-day Cinderella get her second chance?

A quick, sexy, standalone romance with a paranormal touch. The story first appeared in Heart’s Kiss magazine, published as “Before I Go.”


The Cupid Getaway
When curiosity leads Renee to duck under the caution tape marking off the top floor of a college house party, she’s not quite prepared to find Milo. The popular girl and the solitary boy couldn’t be more different, so why does he make her broken heart feel whole again?

One night changes everything, but in the morning, the gulf between their lives looks impossible to cross. Can the Cupid Guild magnetize these opposites before their chance at a happily ever after runs out?

A quick, sexy, standalone romance with a paranormal touch. The story first appeared in Heart’s Kiss magazine, under the title “Before I Fall.”


The Cupid Complication
This just might be the worst day of my life. I quit my job and walked out—without my purse, wallet, or keys. The good Samaritan who returns my stuff is none other than our friendly, neighborhood rock star. Did I say worst day? I meant best. But when this drummer’s dreams for the future are more than I can give, will that leave us playing out of tune?

Can the Cupid Guild bring this musician and his muse together in sweet harmony?

A quick, standalone romance with a paranormal touch. The story first appeared in Heart’s Kiss magazine, under the title “Before I Run.”


The Cupid Fiasco
While trapped in a basement during an earthquake, sparks fly between co-workers Luce and Mat—too bad they’re sparks of rage. So when Mat needs a fake girlfriend for a weekend engagement party in wine country, there’s no way Luce will say yes… is there?

It’s up to the Cupid Guild to show this salty pair how sweet it could be.

A sexy, standalone romance with a paranormal touch. This novella first appeared in Heart’s Kiss magazine, under the title “Before I Break.” 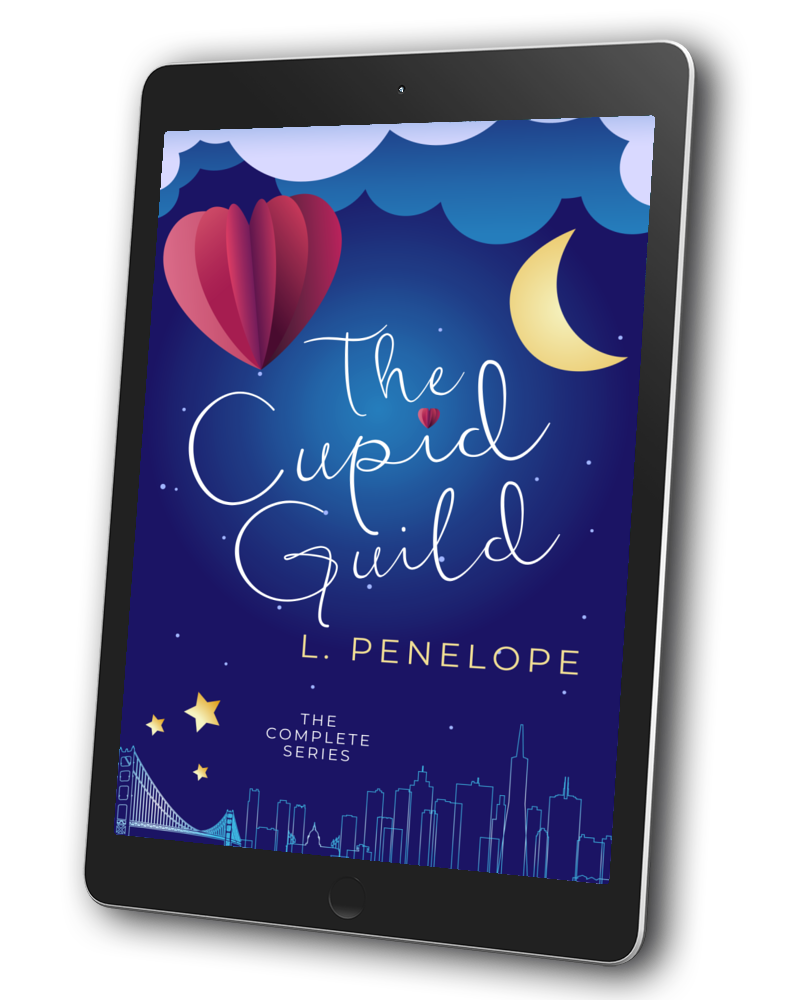