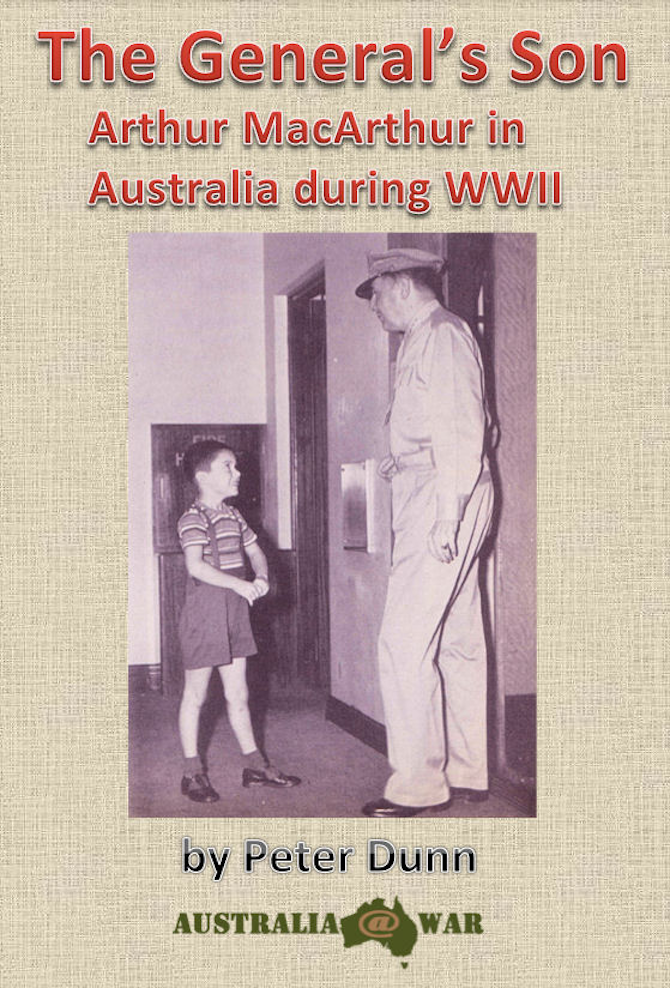 The General's Son - Arthur MacArthur in Australia during WWII

By Australia @ War
Arthur MacArthur IV, the only child of General Douglas MacArthur and Jean MacArthur (nee Faircloth) was born in the Philippines on 21 February 1938.

He escaped the Japanese with his parents from Corregidor via PT Boat and then B-17 Flying Fortress to Batchelor in the Northern Territory, Australia. They eventually arrived in Melbourne by train on 22 March 1942, where the General established his General Headquarters, Southwest Pacific Area (GHQ, SWPA). The General's headquarters relocated to Brisbane on 21 July 1942.

Jean MacArthur and Arthur finally left Brisbane on 21 February 1945 to rejoin the General in Manila where his GHQ, SWPA was by that time.

This book tells the story of Arthur's Journey from Corregidor and his time in Melbourne and Brisbane. You will learn about his escape from the Philippines, Arthur's play mates, "Tojo" the pet goat, his love for music, his schooling, visits to the zoo, his adult life and much more.

In early 2017, Arthur was still living in New York, a recluse and incognito.