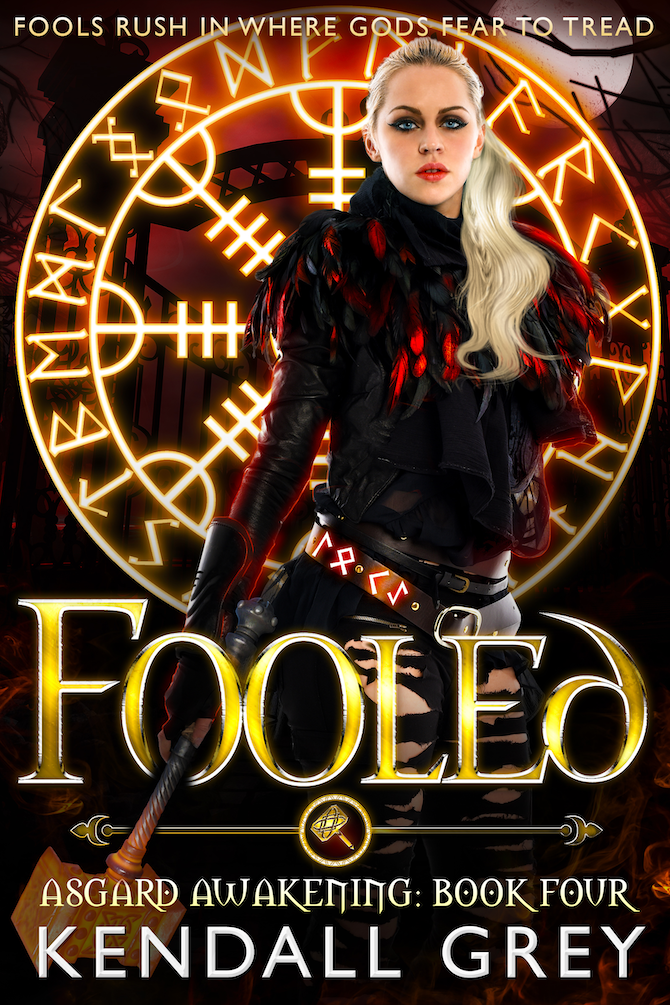 Hear that rumble? No, it's not my stomach, though I could really go for a goat or three. It's Thor. THE Thor who threatened to knock my head off with his stupid hammer back in the Viking Age. As of ten minutes ago, he was also my buddy, but revelatory runes and pissy Norns have a penchant for crapping on the great (former) god Loki. If mortality is a thorn in my side, Thor is a spiked baseball bat suppository.

But my enemy-turned-friend-turned-raging-berserker-maniac is only the tip of my massive iceberg of problems. Thor's daddy Odin wants a piece of me, preferably the piece that keeps me breathing. Strange things are afoot at the Asgard Awakening television studio in Los Angeles where my friends and I are about to guest star on the popular program. With a sudden shift in control behind the scenes of the show, mysterious players are arriving on set, and nothing is as it seems. As destructive forces from my past resurface in a disturbing pattern I know all too well, I'm having second thoughts about restarting Ragnarok. My immortality is no longer the only thing on the line. It'll be game over for humanity (again) if the centuries-old feud between the Odin crime family and the House of Loki bleeds into the modern world.