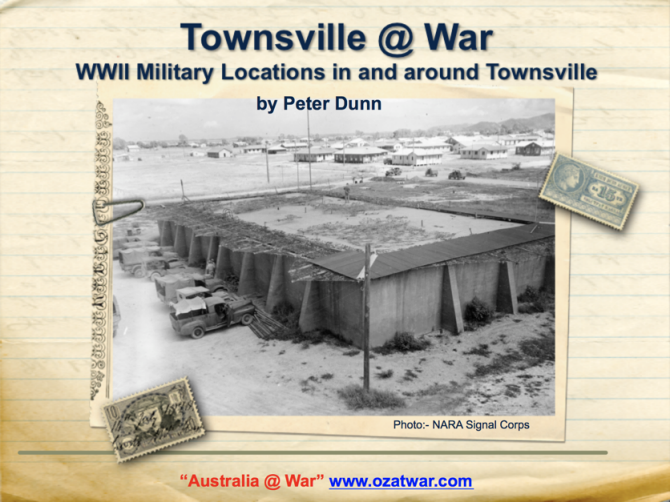 WWII Military Locations in and around Townsville

By Australia @ War
This PDF file contains a detailed description of WWII Military Camps and locations in and around Townsville during WWII.