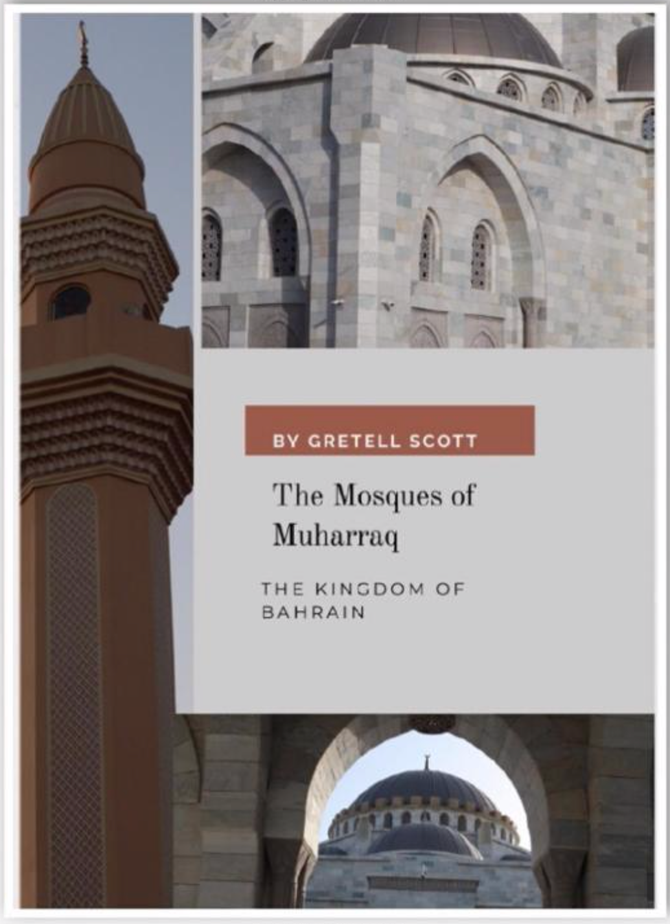 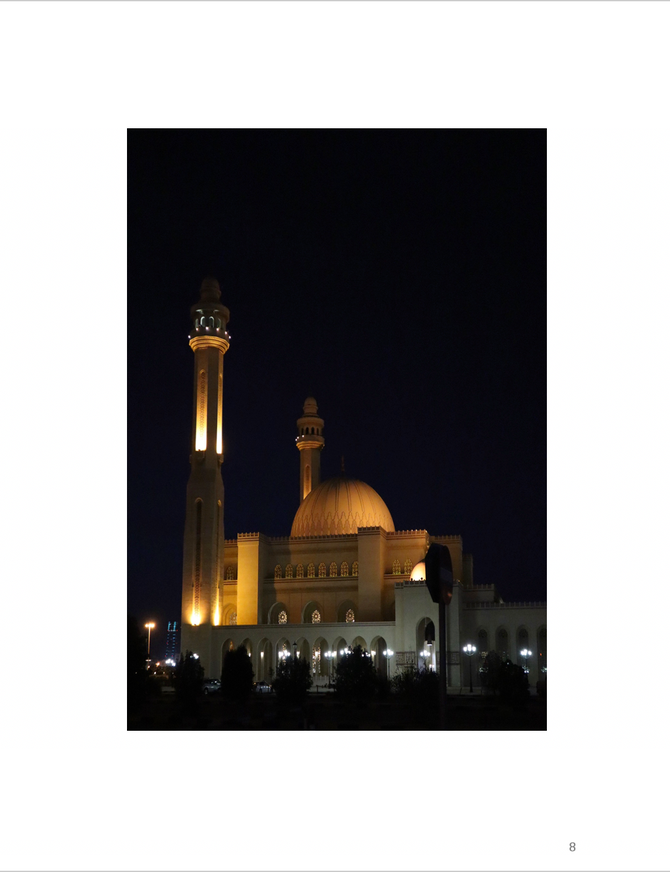 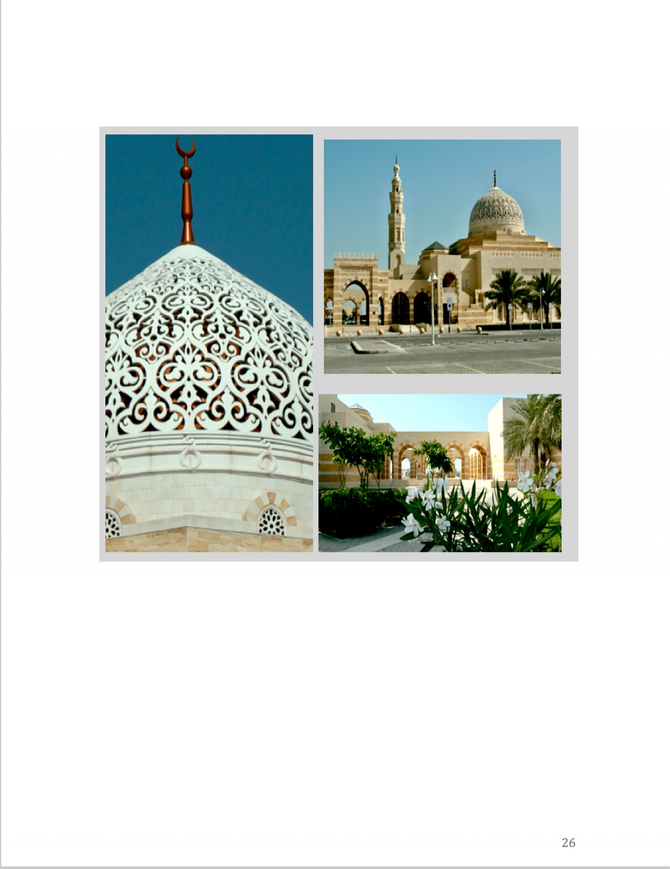 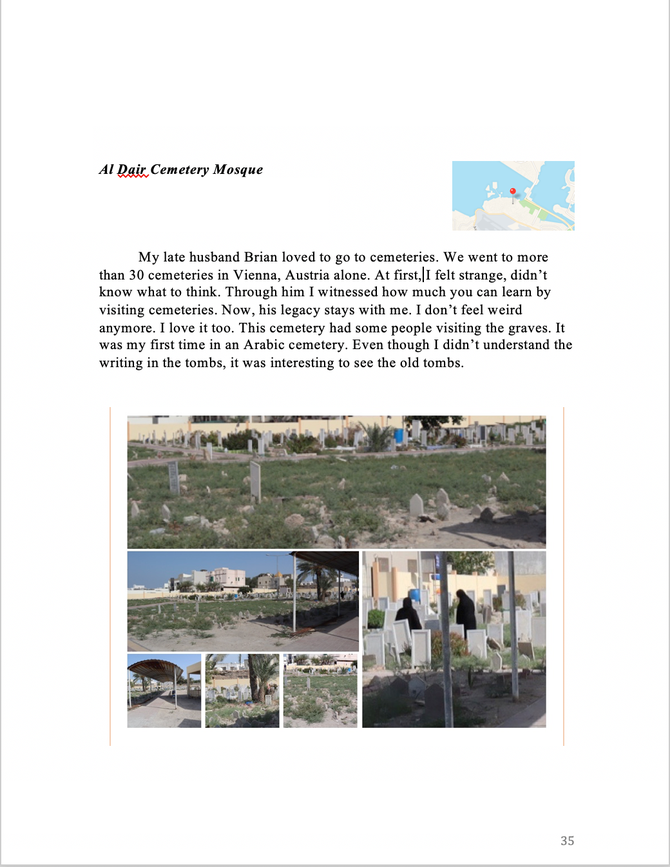 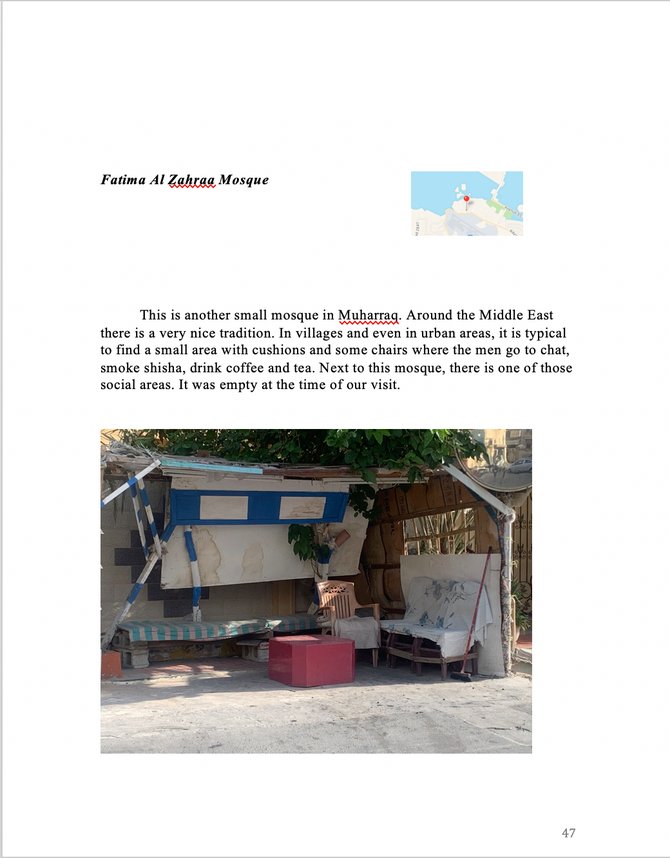 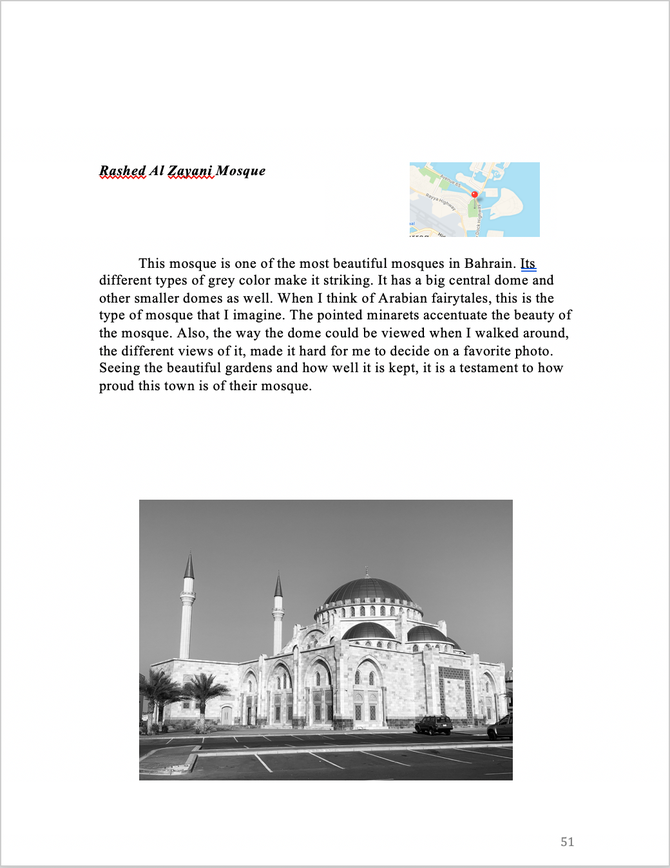 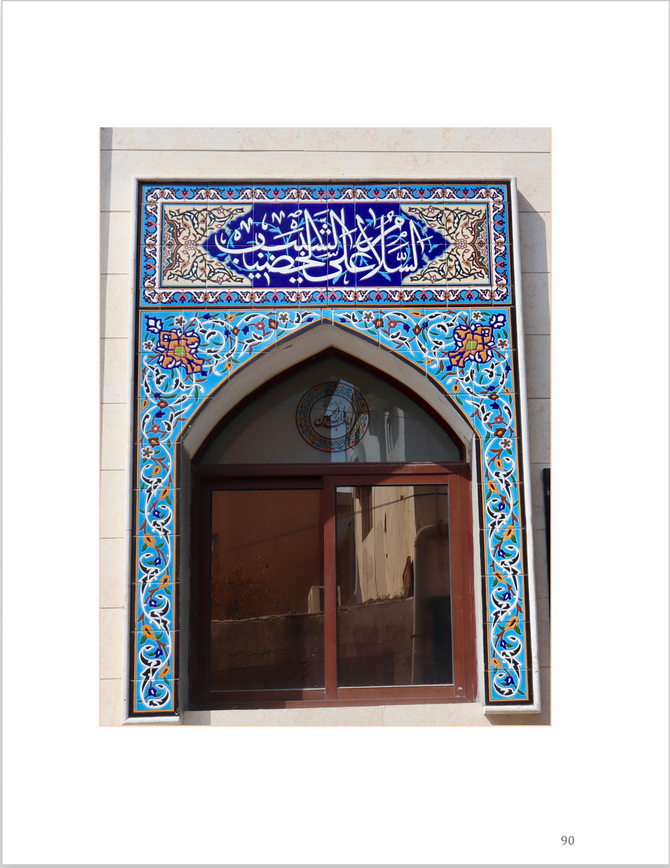 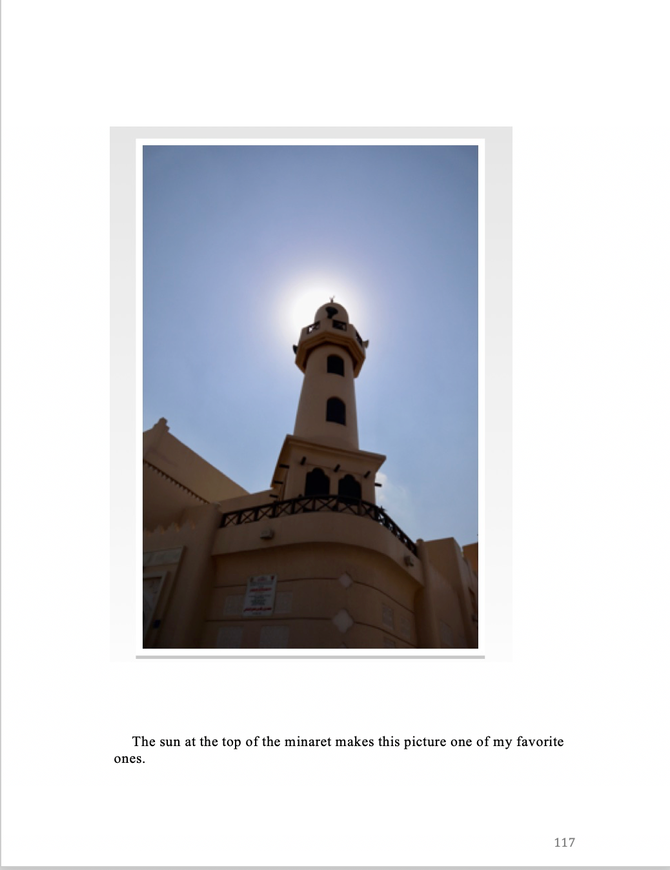 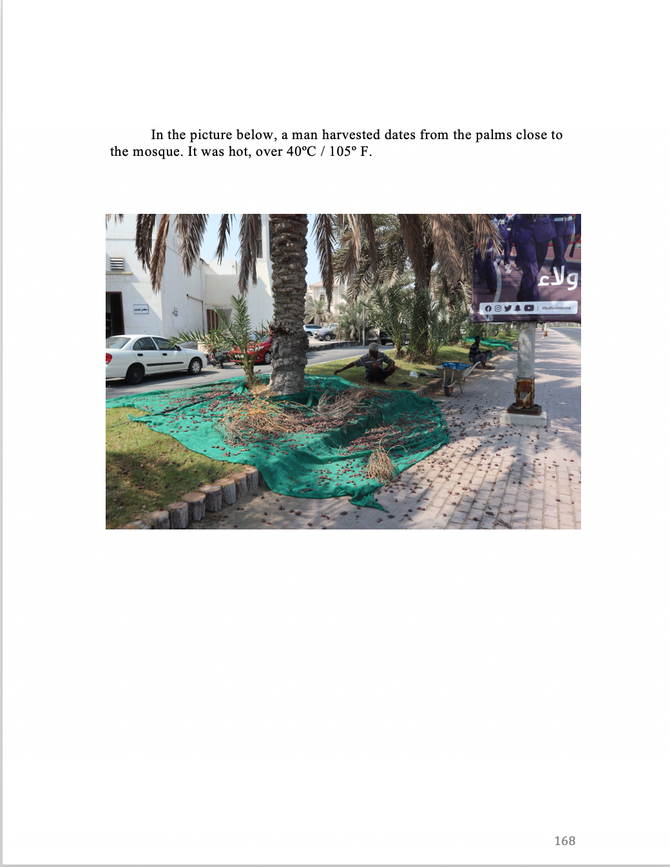 A photographic book documents the Arab culture of the oldest part of Bahrain, the island of Muharraq, as Gretell Scott, a professional photographer, sought to photograph of all the beautiful mosques and matams. Although Bahrain is a young country, achieving its independence from British Protectorate status only in 1971, Muharraq’s history is ancient. Extending back 5000 years, the Dilmun civilization took root on the trade routes along the Gulf between Mesopotamia and the Indus Valley. The island’s artesian fresh water wells fed Sumerian myths about Dilmun. According to myth, the Dilmun never aged, nor became ill, nor suffered pain. The evidence of the UNESCO World Heritage site of the Dilmun graves in other parts of Bahrain refutes the veracity of the Sumerian myth. However, the Sumerian myth later transformed itself into the Garden of Eden parable. Therefore, as some Bahrainis like to say, Muharraq may be the former residence of Adam and Eve.

Included are Google Maps to help the tourist or locals find these locations. Part 1, The Mosques of Muharraq includes stunning photographs and brief descriptions and histories of: