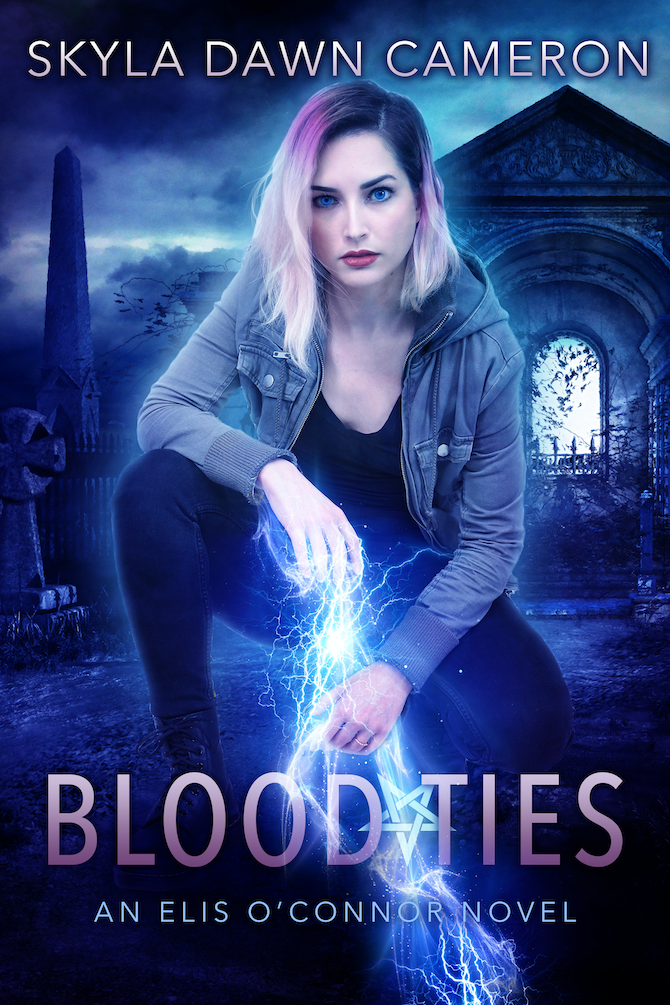 “Garbage men”, to be exact—the predators, the abusers…and the occasional mansplainer. It scratches an itch and, since the death of her mother sent her spiraling, it hardly seems like the worst way to pass her time in a post-apocalyptic city crawling with demons and dimensional tears.

One thing she doesn’t do is save men.

But when a woman comes to her door for help finding her missing cousin, she realizes she might have to do just that. Because while Elis would love to send her packing, this cousin isn’t just anyone: he’s Elis’s estranged older half-brother Dev, and he’s gotten himself into trouble even the considerable magic ability they both share can’t get him out of.