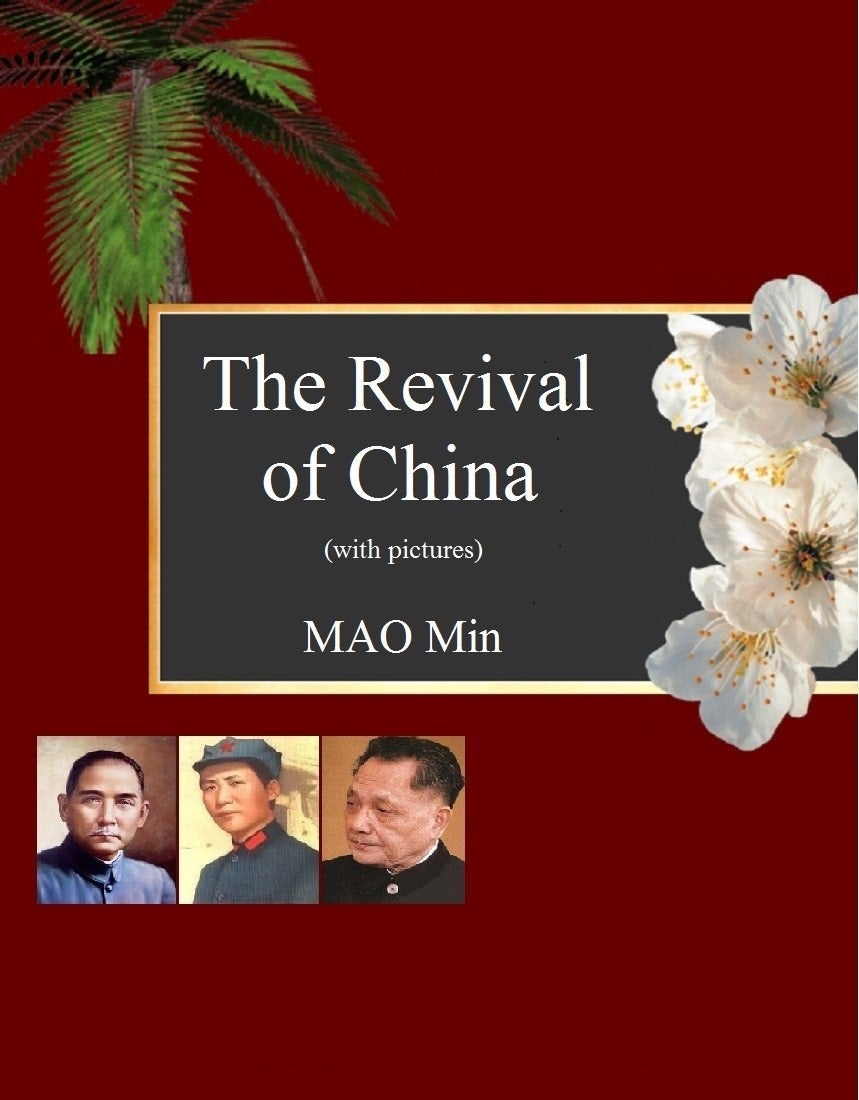 The Revival of China （with Pictures）

The book is about the revival of China in the 20th century and the first decade of the 21st century. It has eight parts: (1) The civil revolution in China, (2) The countryside bases, (3) The Long Match of the Red Army, (4) The Anti Japanese War, (5) Decisive civil battles before the establishment of the People’s Republic of China, (6) The Mao Era before the Great Cultural Revolution, (7) The Great Cultural Revolution, and (8) The Reform and opening up. This version of the book is with pictures.