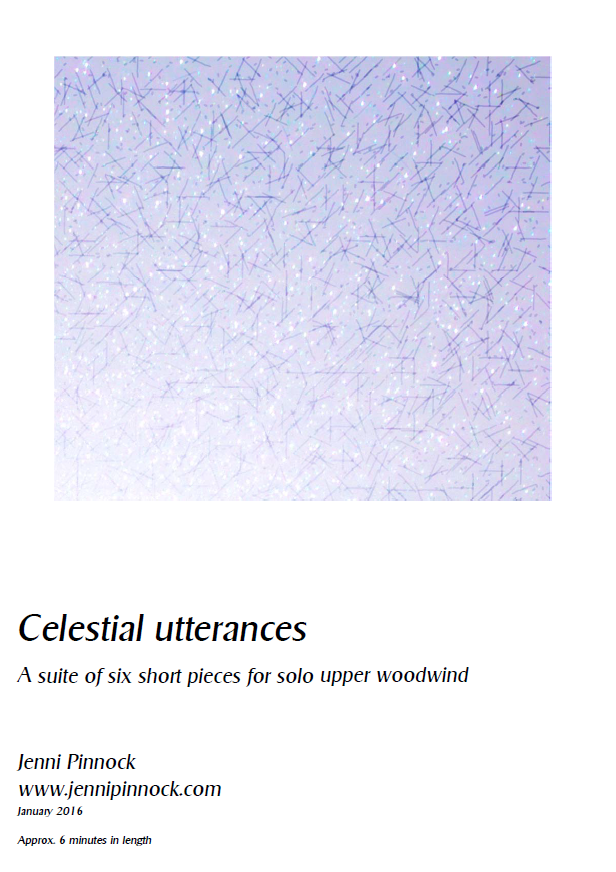 Celestial Utterances is a suite of six short pieces that takes its inspiration from the night sky. Be it snatches of music that came to mind while wandering under them, or from reflecting on the wonders of the universe, each of the six pieces is a brief moment considering a different element of the skies above. The suite is written for unaccompanied upper woodwind, with performances previously taking place on oboe, clarinet and saxophone (it would also be suitable for flute).

Reflections on space ponders the wonder of the universe around us, while Natural satellites focuses in on the orbits of the moons. Perseids is based upon the meteor shower of the same name, and White dwarf is a moment spent pondering the death of a star. Void contemplates the vastness and emptiness of space, and Solar wind is a fast showering of particles from the sun.

The pieces can be performed individually or together in any grouping; the order they are found here is only a performance suggestion, as performers may make their own decisions. The entirety of Celestial Utterances can be approximately six minutes long, and was composed in late 2015 and early 2016.