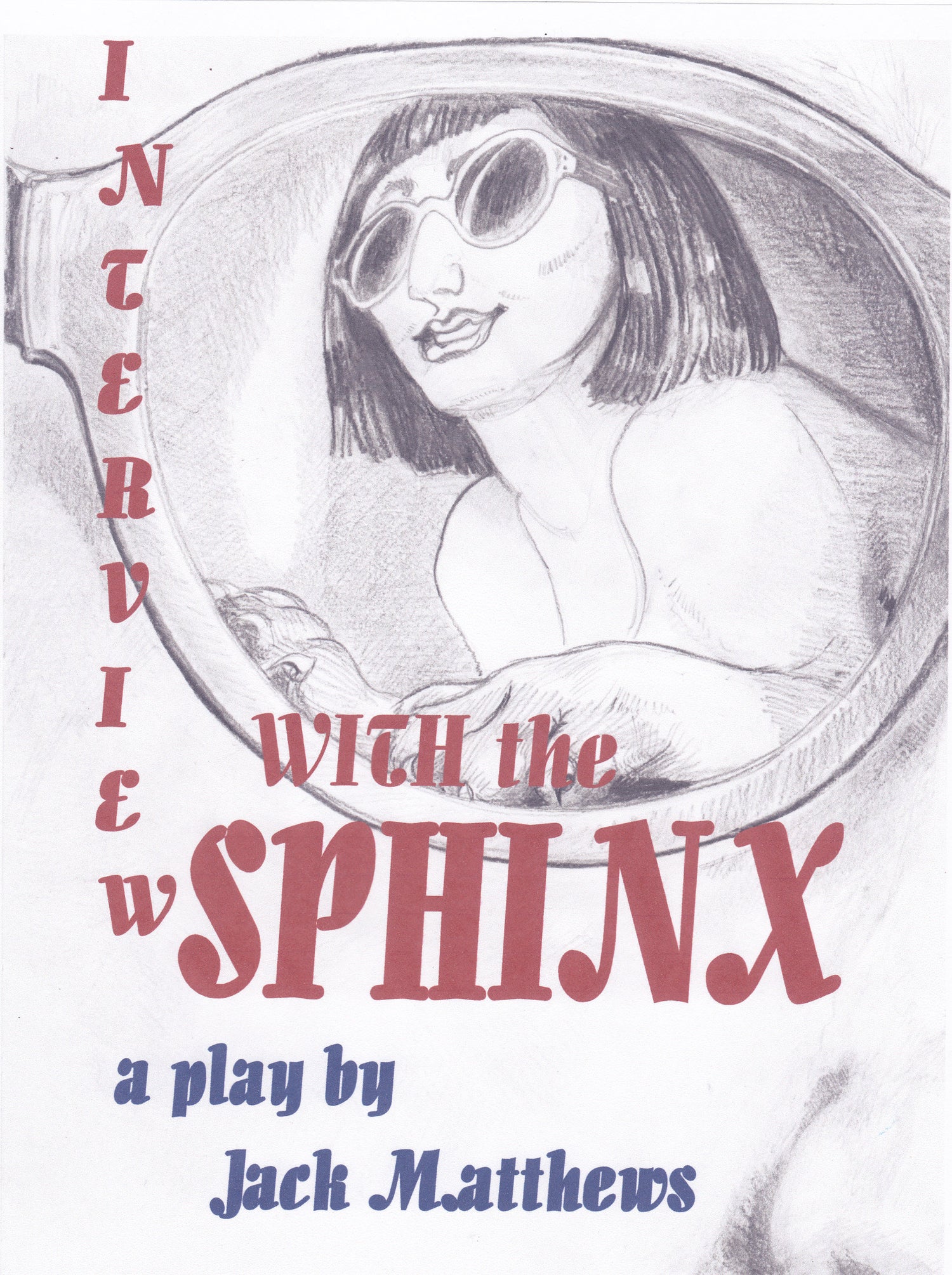 In this provocative & immensely irritating comic play, the Sphinx from ancient Greece is interviewed in modern times as though she were a celebrity pop star. The problem is she never answers any questions -- never directly anyway. Instead she prefers just dishing the dirt on everybody. ON HOMER: "I never was exactly sure which one Homer was. I'm positive he wasn't the blind one, though; that was just a silly story they started telling a few centuries later". ON OEDIPUS: "Eddie was terribly conceited, you know … of course he was smart and handsome and, oh, just had a way of carrying himself that impressed everybody. In spite of his foot."

Bit by bit the Interviewer learns that what happens in Greek legend didn't happen exactly the way Sophocles described it. Fortunately, the Sphinx offers the Interviewer another riddle ... if only he could figure out what exactly it is!

This witty 67 minute audio play stars Jill Brumer as the Sphinx and Neal Gage as the Interviewer. Part Tom Stoppard, part Monty Python, part Oscar Wilde, this play by Jack Matthews combines philosophical paradoxes with fast-paced verbal pyrotechnics. It offers the perfect antidote to people who remembered ancient literature as nothing but stuffy and melodramatic characters with hard-to-pronounce names.

Playwright Jack Matthews is the author of 10+ plays and 20+ books (including short stories, novels and essays). Winner of the Guggenheim, a play competition and several arts grants, Matthews has been anthologized widely, translated into several languages and nominated for a National Book Award. An ebook of this play is available for sale on Amazon.com.
You will get a ZIP (61MB) file