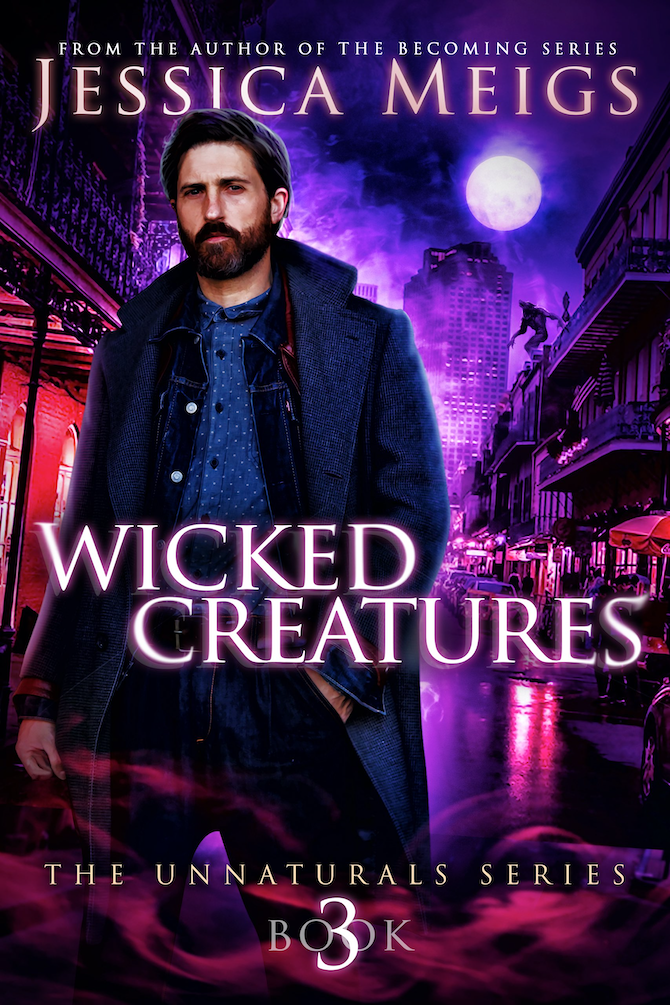 By Jessica Meigs
Scott Hunter hadn’t expected to end up in New Orleans.

But that’s where he and his partner, Riley Walker, have found themselves: in the heart of a city known for its connections to the supernatural. That reputation is well earned—and makes itself known when the bodies start to drop around them.

Scott quickly realizes what’s after them this time: werewolves. But they’re not acting alone. There’s a woman, one dressed all in red, one with the ability to command werewolves to her will. And she’s fixated on Scott as her next target.

This order is for an autographed paperback copy of Wicked Creatures.