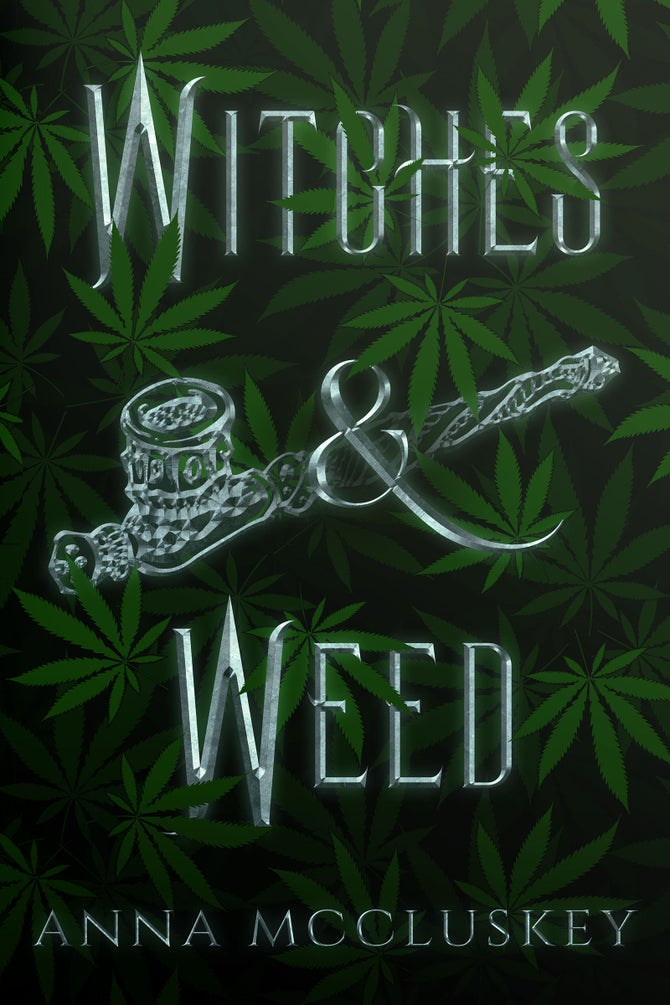 By Anna McCluskey
Childhood curses make for bizarre adulthoods. And Joan’s is getting weirder by the day….

Joan suffers from occasional bouts of being under a curse. Just this morning, she and her friends managed to almost break it, and almost get the witch responsible arrested. But the villain got away, and now it turns out that in order to stave off the symptoms of their curse, they’re going to have to get baked – and stay that way.

That’s going to make it really difficult to track down the witch and somehow convince her to lift the damn thing. At least they live in Oregon, where weed is legal. But will they be able to stay there? And how are they going to get this curse reversed before it gets worse?

Witches & Weed is the second installment in Anna McCluskey’s Rhymes with Witch series. If you love strong, snarky heroines and witty fantasy books, you’ll definitely want to check out this series today!