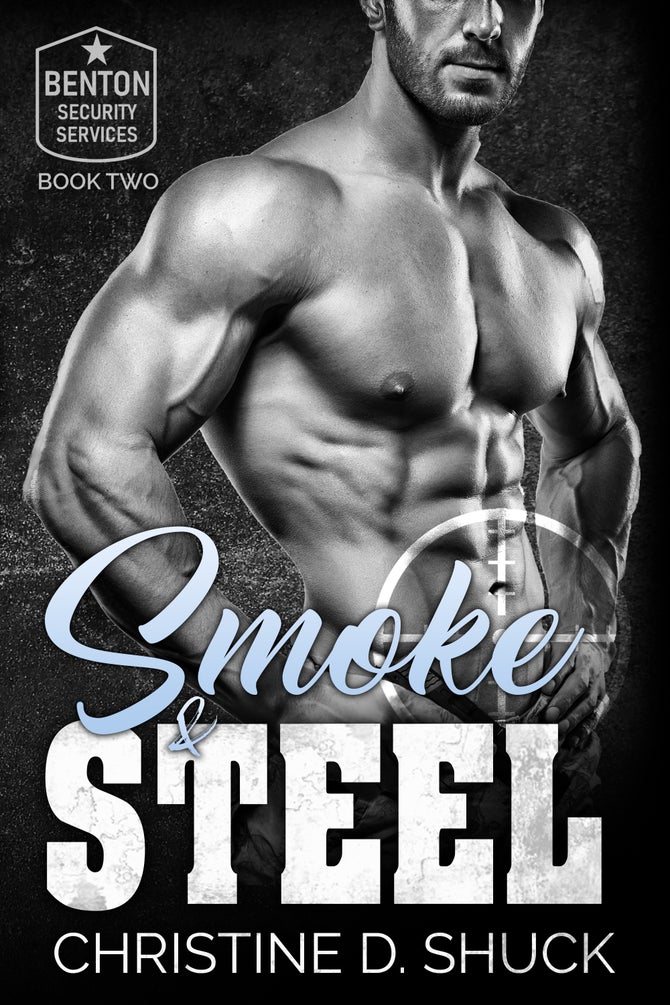 Smoke and Steel (Book 2 of the Benton Security Services series)

By Christine Shuck, Author and General Malcontent
What she knows could destroy them both. After failing to protect his little sister in a kidnapping gone wrong, Jack Benton dedicated his life to protecting others. The billionaire founded an elite bodyguard firm, Benton Security Services, hoping to protect those who even the police can’t. However, Jack's latest assignment isn't a paying customer - it's a beautiful, rain-soaked girl he found unconscious by the side of the road. Her name is Adrienne Cenac - and she's the target of vicious killers who'll test even Jack's elite skills as they continue to hunt her down.

Soon, Jack finds himself fighting for both their lives - and complicating matters is the growing attraction between him and his new charge. There's a gulf in age between them, it breaks every rule in the book, but the longer Adrienne remains under his protection, the more Jack begins to wonder if she's the woman he's been waiting his whole life to save.

Maybe - but there's more for Jack to discover about Adrienne first, including her identity, which is a secret that could kill them both.