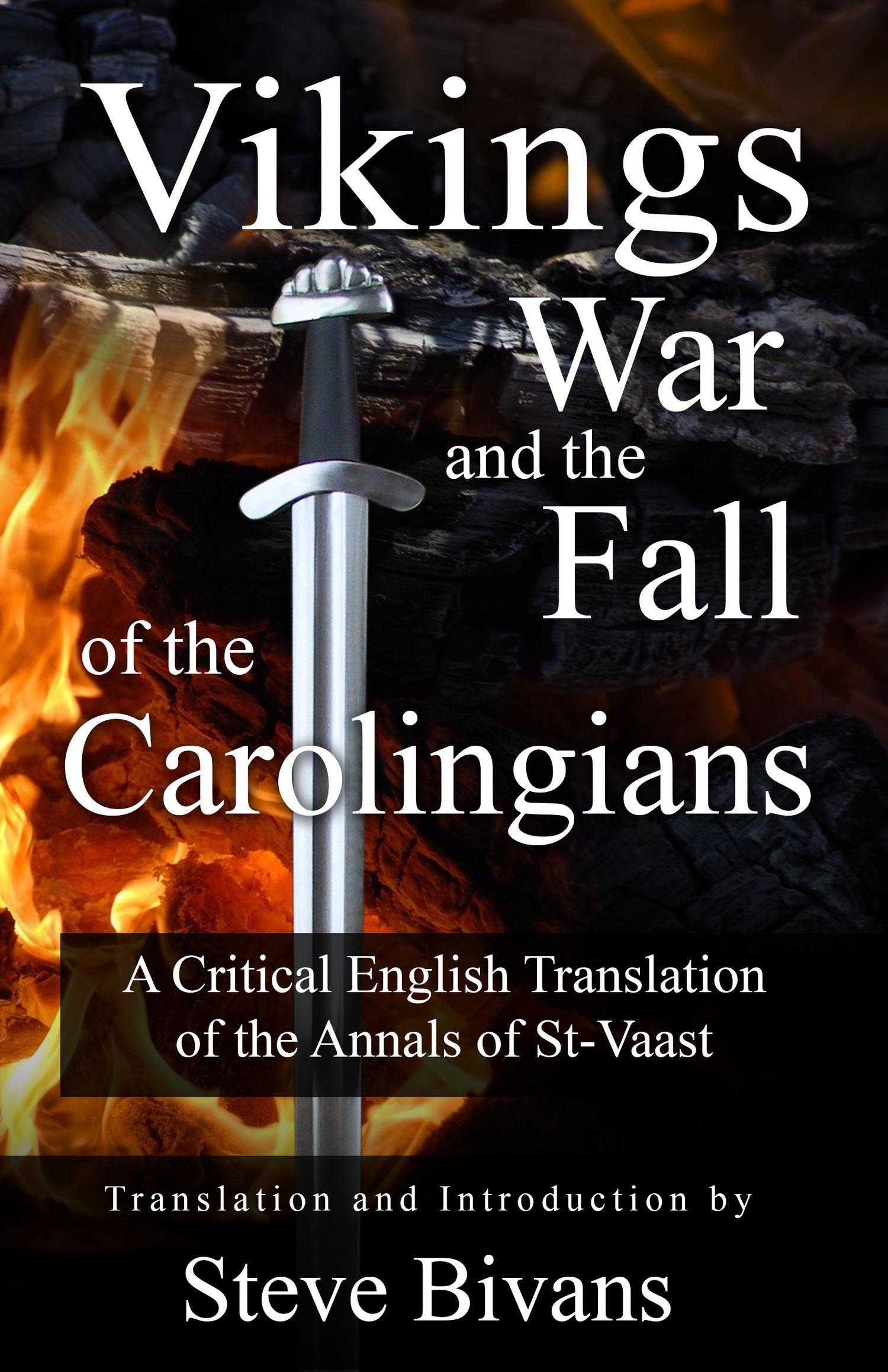 Vikings, War, and the Fall of the Carolingians: A Critical English Translation of the Annals of Saint Vaast (Kindle/Epub)

While the entertainment industry has focused on the Viking wars and raids in Britain, their invasions into Francia have largely been ignored. But a full understanding of the Viking Age must include this part of the story.

Thankfully, we have historical documents from the period to give us that story. The Annals of St-Vaast—never before published in English—is one of the key sources for their adventures in the Kingdom of the Franks.

Written in the last quarter of the 9th century, they cover the height of Viking invasions on the continent of Europe. The annals are a great companion for anyone interested in the perspective of the Christian world in this turbulent century.

What you’ll find inside this book:

You’re a fan of a movie or TV show looking for answers to questions you have about the Vikings?

You’re a history geek looking for a new, previously untranslated, unpublished primary source for the Vikings, Francia, Charles the Fat, or the late Carolingian dynasty?
Then Vikings, War and the Fall of the Carolingians is the book for you! Grab your copy, now!

Vikings, War and the Fall of the Carolingians (The Annals of St-Vaast) was originally translated in 2010, as my master's thesis in history at the University of Minnesota. I've been sitting on it for years, all the while thinking, "One of these days I'm gonna publish this thing."

During a discussion with my partner, one day, I remarked that the most popular article on my entire blog (over 300 of them) was a paper I wrote for a class at the University of Minnesota, years ago, on the Vikings in Repton, England, entitled, "Bones, Burials, and the Viking Great Army in Repton." For some reason, probably thanks to Bernard Cornwell's books, that article is the number one search result for 'vikings repton.'

Apparently, people want to read about the blood-thirsty pirates of Northern Europe. So, here they are!


From the Inside Flap

Much of what we know of 9th century Frankish history comes to us via Frankish annals, which continued in the tradition of the royal annals of the eighth century.

The Annals of Saint Vaast--from a monastery in Arras, France--continue the narrative of Frankish history for the last quarter of the 9th century.

Saint Vaast, with its focus on West Francia and Lotharingia, parallels the Annals of St. Bertin, and together they serve as a complement to the Annals of Fulda which chronicles events in East Francia.

While St. Vaast provides a somewhat abbreviated narrative in comparison with St. Bertin, it does extend the narrative beyond 881, where St. Bertin terminates.

This is important because of St. Vaast's coverage of the famous Siege of Paris by the Vikings in 885-6, and the subsequent demise of the Carolingian royal line.  Here St. Vaast complements the epic length, narrative poem, Bella Parisiacae Urbis (Siege of Paris), by Abbo of the monastery, Saint-Germain-des-Prés, and offers some crucial clues as to how the Vikings conducted that campaign, and to the chaos that followed.

Steve Bivans is a life-long student of history and an expert in Viking Military History. He holds a master's degree in medieval history from the University of Minnesota-Twin Cities, and is a Ph.D. candidate with a focus on the Vikings in France. He is also the author of two other best selling books: The End of Fear Itself, and Be a Hobbit, Save the Earth, and the historical fiction novel series Anno Draconis, about the Vikings in France.

He's originally from the South Eastern U.S. (Florida and North Carolina), but now lives, happily, in Saint Paul, Minnesota with his partner, Patience, her son Duke, Bubble the dog, and the Two Viking-Pirate Kitties: Punkin n Squish.
You will get the following files:
Share on Facebook and get 25% off — share now