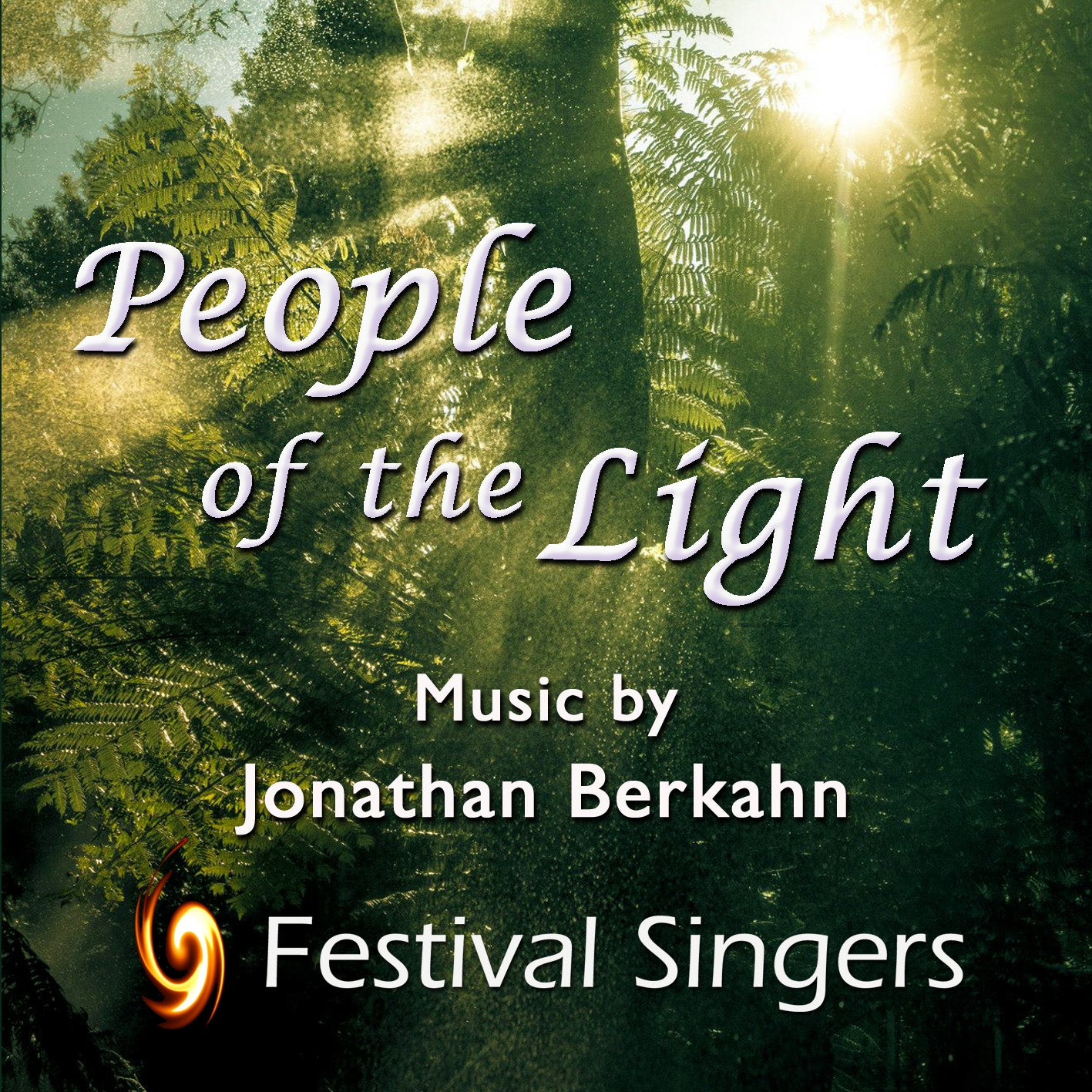 People of the Light – Music by Jonathan Berkahn

For nearly 20 years I have been director of music at a small Anglican parish in Khandallah, Wellington. I have played for them, written music for them, prayed with them, and occasionally preached to them.

There’s not a lot of cultural prestige attached to church music these days. I suppose the major cathedrals have a certain reputation to keep up, and the megachurches are serious big business. But why should I find this modest suburban congregation such a compelling environment in which to make music?

First of all, church is one of the few places left where ordinary people – people who don’t consider themselves musicians – are still expected to sing, as a matter of course. And just as cooking is far too important to be left to professional chefs, I believe singing is far too important to be left to singers. Secondly, church is a place where people, also as a matter of course, wrestle with and reflect upon deep things: life and death, good and evil, justice and mercy. To enter church is to join a conversation that has been going on about these things for a few thousand years now. Even the most obscure, muddy, silted-up inlet opens out on a vast sea of faith, practice, thought and artistic activity. If I wasn’t a believer, I think I might well have pretended…

In part, Guy Jansen established the Festival Singers to make churches more aware of this mighty ocean: to introduce them to music they would not otherwise have heard. My own involvement with the choir goes back to around 1990; first as a singer, then as accompanist (1999–2013), and now as conductor. Thanks are due in particular to an earlier conductor, Rosemary Russell, who gave me the opportunity to write for the choir; first, a Te Deum (available on our CD Spirited People), then, in 2009, The Third Day, which makes up much of this CD.

The Third Day has a wide stylistic range, from the recitative-like ‘plainsong’ of the prologue to the heavy metal guitars of the ‘strange and dreadful strife.’ This latter movement, for all its noisiness, is built on a very old-fashioned plan: it is effectively a chorale prelude on Christ lag in Todesbanden, a chorale Bach himself set several times. The Pietà (a genre of painting that depicts Mary cradling the dead Christ) has a gentle siciliano rhythm, used to express sadness since the time of Baroque opera. The instrumental melody of the Finale is a polska (not polka), a Scandinavian dance related to the polonaise – a happy coincidence, as the words of this movement are translated from the Danish.

The arrangement of the rest of the CD follows roughly that of the church year: from Advent through Christmas through Passiontide and Easter and beyond, circling around to Advent again with the Magnificat. Most of this music has been intended for particular occasions, and therefore written to deadlines: during a Christmas party before midnight mass; in the car on the way to a family gathering; sections of The Third Day rolled out just in time for rehearsals. But it is my hope that these tunes might transcend the circumstances in which they were written, and speak to any who will hear them.

The following review by Jill Meredith appeared in Touchstone May 2016

“Since its inception in 1976 with Guy Jansen as Musical Director, the Festival Singers of Wellington has encouraged young performers and introduced new music to swell the great sea of faith. People of the Light continues this tradition under the direction of composer Jonathan Berkahn who has been a choir member since 1990, accompanist (1999-2013) and is currently Musical Director. Jonathan is also director of music at an Anglican parish in Khandallah, Wellington.

The music follows the Church year, beginning with songs for Advent and Christmas. These first four songs are filled with Advent expectation and the certainty that God’s care is ever-present. Go to dark Gethsemane prepares us for the twelve pieces of an Easter cantata, The Third Day, in which the musical settings and words heighten the pain and poignancy of the familiar sequence of events.

In The Third Day we hear many voices anew: Judas in torment, mother Mary tending the body of her son, sorrowing women early in the morning, the angel who speaks to these women, the friends, confused and fearful, in the locked upper room, the travellers on the road to Emmaus and doubting Thomas.

The cantata concludes with the Great Commission and a triumphant Finale dances along supported by a blend of instrumental sections and full choir. The cantata is followed by Such love, a beautiful setting of 1 John 3:1-2, 16-18, and choral settings for the traditional words of the Magnificat and Nunc Dimittis. People of the Light concludes with a Blessing based on Psalm 27.

An unexpected and delightful instrumental inclusion are pieces of Celtic music. The cantata opens with Easter Snow and at the end  FInale slides into The Early Morning Set, with lively melodies to complement the fervour of the preceding piece.

Look, therefore, for variety in this CD and you will find it. Fourteen instrumentalists are named in the list of performers, three of whom play more than one instrument. Soloists, ably supported by women’s and men’s voices and full choir, enrich choral textures.

Expect variety in mood. Some songs resonate with gentle tenderness, such as Pietà. With its lilting cadences, Pietà is part of a long tradition in religious art depicting Mary cradling her crucified son. Gently,  gently, lift him may well move you to tears. In contrast, Do you remember? presents the events of Good Friday with a series of questions, reflective and restrained, juxtaposed with sections of harsh words and percussive sound striking like whips.

Undeniably, the music is attractive and memorable. The language is steeped in Biblical allusions and quotation so that it is familiar but not so familiar that it washes blandly over the listener. All sources of words are acknowledged and elsewhere Jonathan shows his expertise in setting his own well-chosen words to music.

Jonathan expresses the hope that the music will speak to any who will hear. This reviewer found this to be true. So, immerse yourselves in these songs and the words and you will be richly rewarded.”
You will get the following files: